The Anglican Bishop for Busoga Diocese, Rev. Paul Samson Naimanhe has lashed out at men including teachers in the sub-region, warning them to stop the vice of defiling and making students pregnant.

Naimanhe said the vice not only frustrates the girls' future, but also undermines the development of their families, the region and the nation at large.

"I am concerned why mature men have gone on rampage despite being aware that educated women have contributed a lot to the development of the nation and Africa as a continent," Naimanhe said on Tuesday.

"I have come to warn men to stop this otherwise, many of you will continue ending up in jail and serving long sentences," he said.

Flanked by the priest of Namulikya Archdeaconry, Rev. John Baiswike and clergy, Naimanhe said it is absurd for mature men, including the polygamists to have affairs with the age mates of their children.

"This is an abomination and a disgrace to society," he said.

He sounded the warning at Kidera Senior Secondary School in Kidera sub-county, Buyende district during a prayer service to primary seven and senior four candidates, ahead of the impending UNEB examinations. 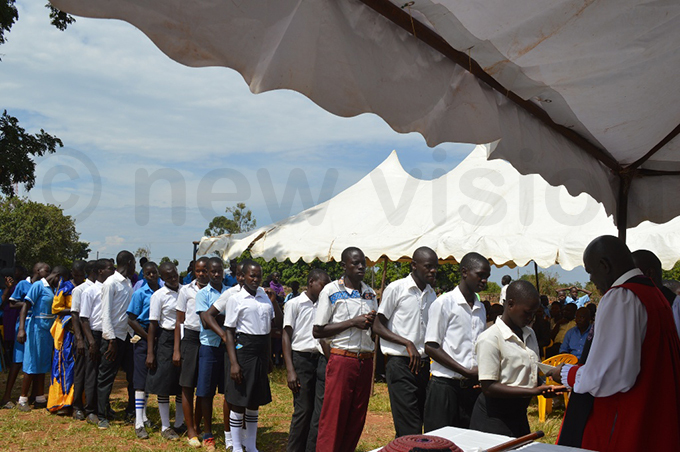 The candidates hailed from 15 Anglican founded primary and secondary schools in Kidera sub-county.

Naimanhe also cautioned parents against getting rentals near schools for students, saying it exposes them to temptations.

For the candidates, he charged them to put God first, avoid believing in witchcraft during exams and strive to excel.

The district woman MP for Buyende, Veronica Babirye Kadogo, hailed the new head teacher Samuel Tirutya for changing the image of the school, having been notorious for having the highest rate of pregnancy among students in the district in the last decade.

"There was a time when Kidera registered fourteen pregnant students in a single year. I am happy that since Tirutya took over, this has been quashed," Kadogo said.

Brain Drain In Africa Can Be Harnessed!