Solomon Nyombi who represented the former Member of Parliament's children, described his father as a strong man who loved Christ

Solomon Nyombi who represented the former Member of Parliament's children, described his father as a strong man who loved Christ

Tributes have been paid to former Attorney General Peter Nyombi, who succumbed to heart failure on Sunday at the age of 64.

During his funeral service held at Namirembe Cathedral on Wednesday morning, speaker after speaker described Nyombi as an honest, hardworking, intelligent, faithful, loving and caring man who loved his family.

In her message, his wife Juliana Nyombi said for the 33 years they were married, she had never seen her husband fighting battles with those who insulted him.

"He took my hand in marriage when I was young but he gave me directions. He was my friend, husband who never fought battles in the papers even when provoked. He always gave a deaf ear to insults. He was a provider to me and the children. Now I have to get used to staying alone. He always wanted me to get home before him. I have to get used to all that. I will miss you my friend but God will comfort me," she said. 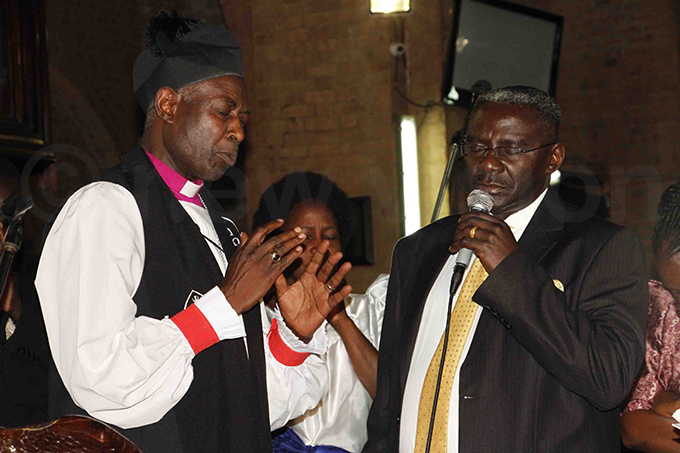 Henry Mayega (right) got saved as a gift to his late brother. Photo by Abou Kisige 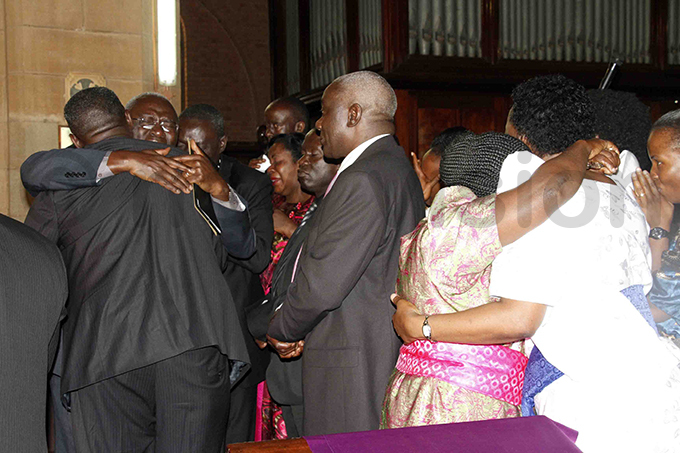 "When John had gone back to Australia, Peter wrote to him and told him that I was ready to receive anything from him. When John received the letter, he proposed to me, Peter waited for us and we all got married on the same day. We had the same wedding cards and reception and we went to the same honey moon place. For us women who are married in their family, these men have loved us, they have allowed us to go back to school and advance. Peter wished everyone well. He would call our children and ask them whether they have passports and the next thing you know is a trip to the UK or US," she said.

Ruth Ssenyonyi called upon Nyombi's widow to put all trust in God because there are things she does not know how to do like going to the market and buying bread because those are things her husband used to do for her.

In his speech, Solomon Nyombi who represented the former Attorney General's children, described his father as a strong man who loved Christ.

"Dad was loving and caring that he never missed any visitation day. He always supported us, he was not a football fan, but whenever Manchester was playing, he would watch the game with me and we would celebrate together. Media houses would write bad things about him but he never replied anyone. He remained calm," he said.

Nyombi's younger sibling John Senyonyi described him as the pillar of the family, who has left a big gap. 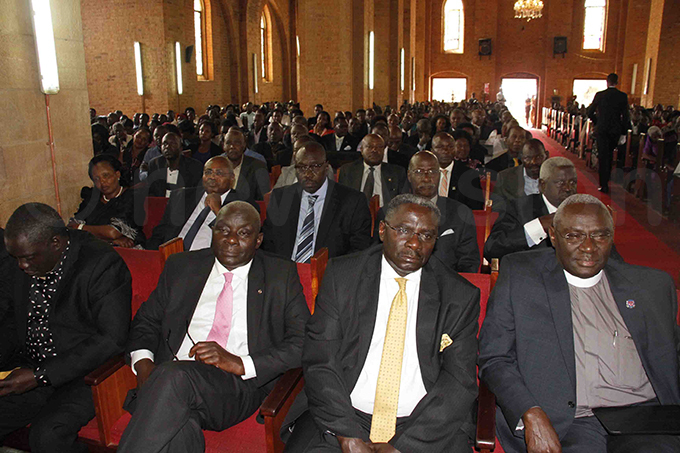 "I grew up with him and I was stubborn. Whenever I went for football, I would fight and it was always him to stop me. He was exemplary and he made sure we were always happy. On Easter, he made sure that we take our wives for lunch dates.

If you did not have land, he would support you financially to make sure that you buy land and build. He was generous, in case there was fundraising in Church, it would not take him days to think about giving, he gave happily," noted Senyonyi.

Senyonyi said that when his brother was dropped as the Attorney General, he never complained or felt bad because he had projects that would give him money.

There was a light moment during the service, when the youngest sibling Henry Mayega decided to give his life to Christ.

"In honour of my friend, brother and best man, I have decided to accept Jesus as my personal saviour," Mayega said.

Ruth Nankabirwa, the Government Chief Whip, described Nyombi as a hardworking and humble man who never involved himself in media battles.

"Having worked with Peter, I saw him in the office of the Attorney General, he was always attending meetings, answering for people, he had to carry work at home, and the kind of work he was doing needed someone who had support from his family. He would not have served if his family was not with him. I thank his wife and children for that support," she said.

Nankabirwa called upon media personnel to always think twice when they writing negative things about people because those people have families that get hurt by what is written. 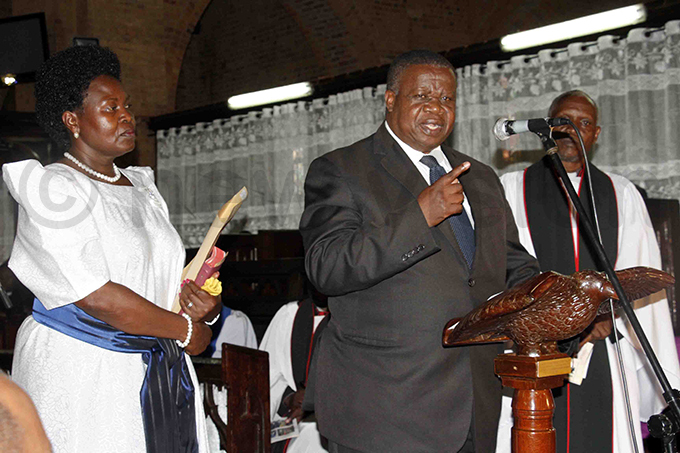 Justice and constitutional affairs minister Gen. Kahinda Otafiire, told mourners that when Nyombi was joining the justice ministry, someone told him that he was a difficult man to work with, but he refused to listen to him and gave Nyombi a chance. To his surprise, Nyombi was a good man and a team player.

He went to Nakasongola Primary School and then King's College Budo for his secondary education.

His academics further saw him study law at Makerere University and graduate in 1976 with a Bachelor of Laws degree.

The following year, Nyombi received a diploma in legal practice from the Law Development Centre (LDC).

For almost a decade since that time, Nyombi served as a state attorney in the justice ministry's department of public prosecution.

From 1986 until 1996, he worked as counsel in the Inspectorate of Government, after which he served as the director of legal affairs in the same office until 2001.

Why Bastille Day is vital to French men and women