Museveni heads to London for conference on...
Next Story

The second phase is likely to last four days

The second phase is likely to last four days

The recruitment in the suburbs of Kamwokya, Kololo and Nakasero, commenced with the screening of potential recruits and eliminating those with health complications.

The recruitment which follows President Yoweri Museveni’s directive of recruiting about 24,000 LDUs to tighten up security in the Kampala Metropolitan area, comes after a spate of killings, including the recent one which claimed former Buyende District Police Commander, Muhammad Kirumira. 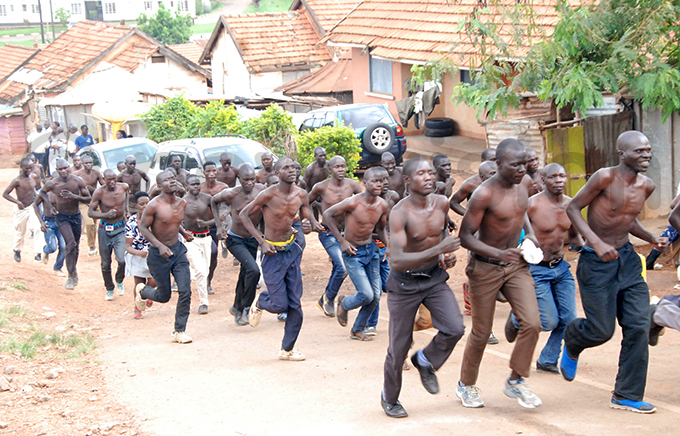 According to Kampala Resident City Commissioner Deborah Mbabazi, young people aged between 18 and 35 should take up the opportunity because of unemployment and serve in security.

She said in addition to cameras being installed in different places in Kampala, LDUs will be based in communities at the village level working together with local council leaders to avert criminality in residential areas.

“The system of using LDUs for security reasons has worked before and we believe even now, it will work,” said Mbabazi. 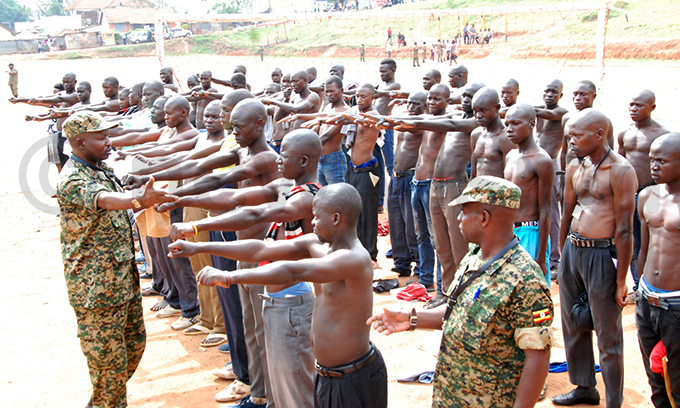 She said before one applies for recruitment, he must have an original National Identification Card, must be a Ugandan citizen, must have a recommendation letter from his local council leader and must have no criminal record as well as having studied up to primary seven.

She called upon women to take part in the ongoing exercise because matters of insecurity affect women more than they do to men.

“When the killings happened in Wakiso and Entebbe it is the women that got killed, but also when our husbands are killed in matters of insecurity, it is the women who become widows so for that reason, women too should not stay back in this exercise,” said Mbabazi.

Brig. James Nambale one of the unit leaders in charge of recruitment said for one to be recruited, he must be physically fit, mentally fit with no impairments and should be medically fit. 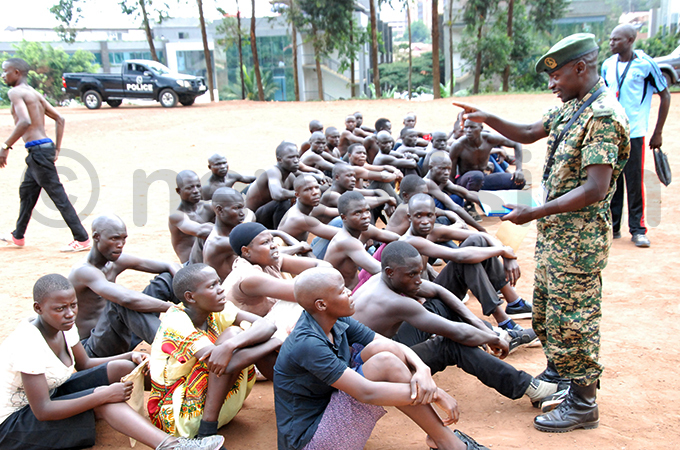 He said UPDF works together with Police, village LCs, and residential district commissioners to ensure that the recruits are thoroughly checked and have no criminal records.

“We work with mainly the LCs because they are the ones who best know the people who live in their villages,” said Nambale.

Maj. Henry Obbo the spokesperson for the recruitment drive, said the first phase managed to get 3,610 recruits. The total target is 24000 recruits which they hope to achieve by the end of the third phase and final phase of recruitment.

Dr. Charles Madrama who is in charge of checking the medical fitness of the recruits, said people living with the HIV virus, those suffering from Hepatitis, asthma, heart disease and kidney complications, should not be recruited to avoid escalating the ailments. 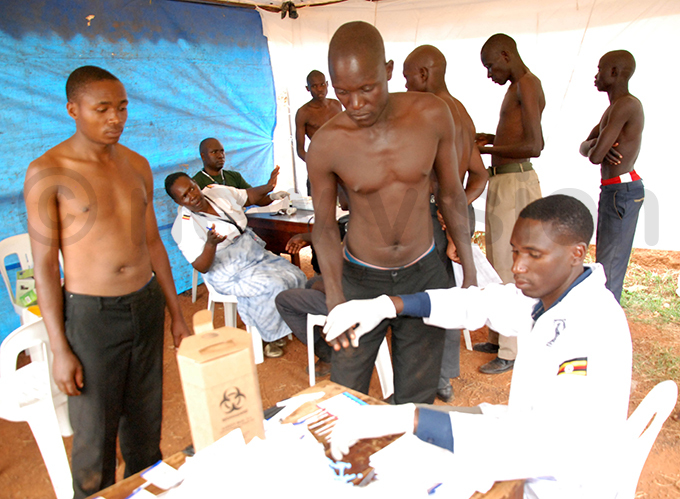 “One’s life is more valuable than any other thing so we encourage also those with the complications and chronic diseases not to come for the exercise because we want them to live longer,” said Madrama.

Ronald Mugisha, a recruit, said it has been his dream to join the army and serve his country in rendering security to his fellow Ugandans.

Muhamed Magezi, a former crime preventer, said he was compelled to join the exercise because he feels security should start with a common person on the ground and at village level.

However Kampala Lord Mayor Erias Lukwago during council meeting argued that Kampala Capital City Authority should be a part of the recruiting team since the LDUs are going to operate in the five divisions of the city.