President Yoweri Museveni has revealed that government will charter a plane to fly the national football team, the Uganda Cranes, to Maseru ahead of the return leg against Lesotho.

Museveni observed that this will help the team reach their destination early enough to prepare adequately and also to sufficient rest before the match.

Cranes face Lesotho at Namboole Stadium on Saturday in the 2019 Africa Cup of Nations qualifier.

The President was on Tuesday evening speaking to members of the national team whom he called to State House in Entebbe, to appreciate them for their displays. He encouraged them to aim at doing even better. 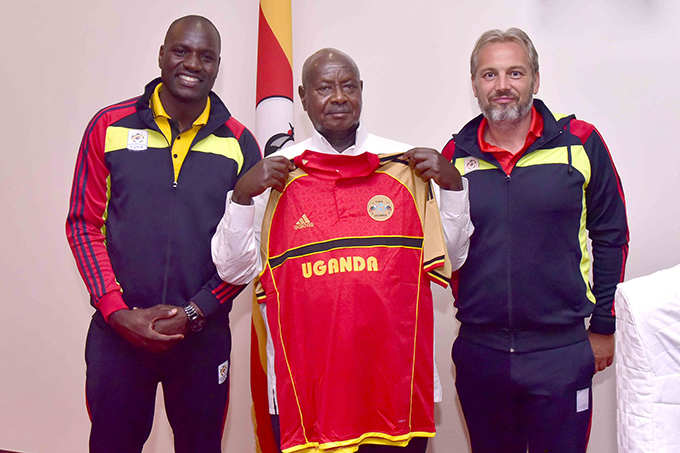 Cranes captain Denis Onyango thanked Museveni for taking off time from his busy schedule to meet the team at State House. He also thanked the President for always supporting the team.

"We want to commend and thank you for always being Uganda Cranes' number one supporter," he said.