PIC: Polling bulletins are laid on a table at a polling station where the the incumbent President was expected to vote in the Bastos neighbourhood in Yaounde, the capital of Cameroon on Sunday. (AFP)

Cameroonians began voting in crunch presidential polls on Sunday, with octogenarian leader Paul Biya seeking a seventh term against a backdrop of unprecedented violence in the country's English-speaking regions.

The vote follows a last-minute opposition unity bid to dislodge the 85-year-old incumbent, one of Africa's longest-serving rulers.

Two leading opponents have formed the first electoral union since 1992, but talks between the array of other opposition parties to create a "super-coalition" to deny Biya another seven years were apparently unsuccessful.

In the Bastos public school in the capital Yaounde, where Biya will cast his vote later, brisk voting got under way as soon as the polls opened.

"I've come early to avoid queues... I've done my civic duty, now we wait for the results," Joelle, a 51-year-old housewife, told AFP after being the second person to vote.

Voters in the queue were watched by a heavy security presence including members of the presidential guard, deployed ahead of Biya's arrival. 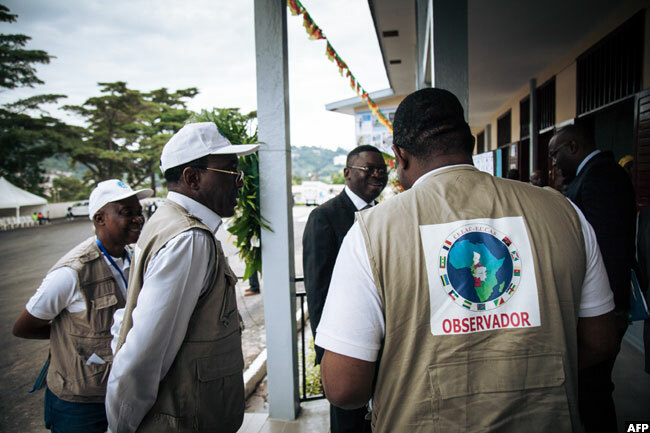 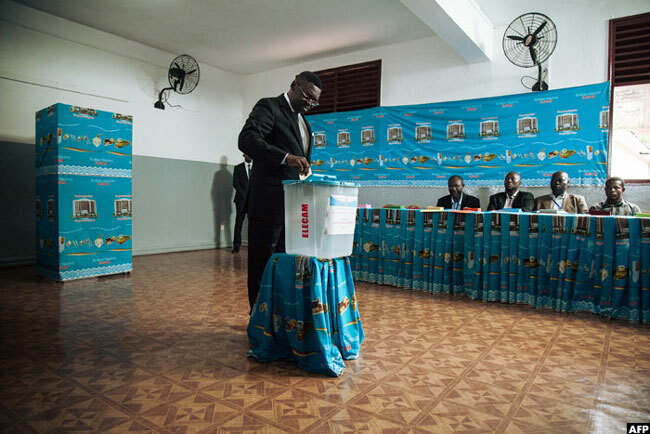 Ferdinand Ngoh Ngoh, secretary general of the presidency, was the first voter at that polling station

Cameroon's 6.5 million eligible voters are casting their ballots as the toll continues to mount in the anglophone southwest and northwest, which have been rocked by a separatist insurgency launched a year ago against the mainly francophone state.

The violence has claimed the lives of at least 420 civilians, 175 members of the security forces and an unknown number of separatists, according to the International Crisis Group (ICG) think-tank.

In Buea, capital of the southwest, three separatists of the so-called Ambazonia Republic were gunned down on Friday while a priest was executed by soldiers on Thursday, according to witnesses.

The far north is also mired in insecurity, as Nigeria-based Boko Haram fighters mount attacks despite efforts by the US to equip and train Cameroon's military to battle the jihadists. 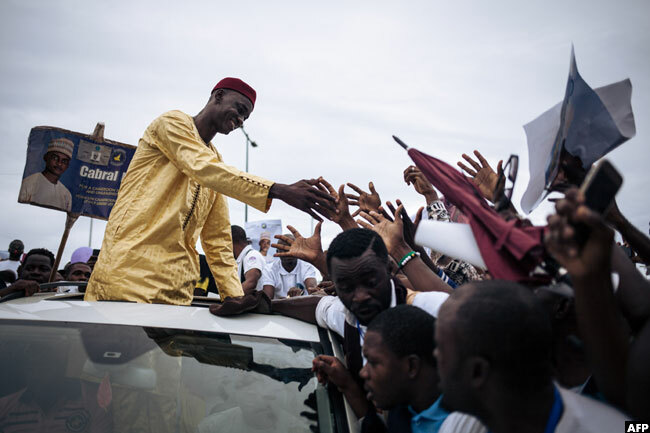 Cabral Libii, leader of the Univers party, candidate for the presidential elections of Cameroon, greets his supporters in front of the Stadium Omnisport in Yaounde on Saturday

In a rare coordinated political manoeuvre, one of the key opposition frontrunners, Maurice Kamto, agreed late Friday to a unity deal between his Movement for the Rebirth of Cameroon (MRC) and the People's Development Front (FDP), meaning he will stand on behalf of both parties.

It is the first such tactical pre-election tie-up since John Fru Ndi stood as the sole opposition candidate in 1992 in polls that his supporters say he won, but allege were manipulated to hand victory to Biya.

But it is unclear whether the eleventh hour deal was done in time to affect the vote, which runs until 1700 GMT Sunday.

"This alliance, though interesting for the vitality of Cameroonian democracy, may have arrived too late," said Hans de Marie Heungoup, an ICG researcher.

Kamto's MRC has warned that a "massive fraud" has been put in motion to secure a Biya win.

"We're not preparing for war, but wherever there is fraud, there will be a firm response," said MRC spokesman Paul-Eric Kingue.

But the government hit back, apparently in response to the MRC, saying that it would "not tolerate any disorder before, during or after the presidential vote".

The opposition have long accused the authorities of working to reelect the president, pointing to his party's slick rallies, social media campaigns and massive distribution of Biya-branded merchandise.

But despite the ubiquity of Biya's posters across Cameroon, he has been virtually invisible during the campaign except for a single event last weekend. 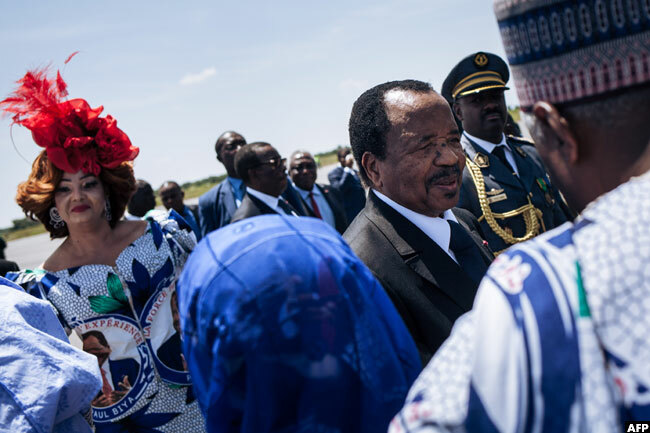 Cameroon's President Paul Biya and his wife, Chantal, are welcomed at Maroua airport, in the Far North Region of Cameroon, ahead of an electoral meeting, on September 29, 2018

It is unclear if polling will proceed normally across Cameroon's English-speaking regions where separatists hold a "significant" amount of territory, according to the ICG, and have threatened to disrupt the vote.

A team of election officials were under military escort as they travelled to the outskirts of Buea Sunday, according to AFP journalists.

In a bid to limit disruption to the polls, authorities have imposed stringent security measures including the suspension of all inter-regional road, rail and air travel.

International borders were also due to be sealed, said a decree seen by AFP.

A total of 246,000 people have fled their homes in the southwest and 25,000 have left the country altogether for Nigeria, according to UN figures.

It is thought that the displaced will struggle to cast ballots which could favour Biya as anglophones have traditionally backed the Social Democratic Front (SDF) party of candidate Joshua Osih.

Results must be posted within 15 calendar days of the poll.

KCCA to levy tax on all cars in the city

Landlords swimming in profits as they evade taxes