Key points in UN report on climate target
Next Story

A crackdown on heated tobacco products

"Tobacco use should not be renormalised, but should continue to be denormalised as a socially acceptable behaviour."

"Tobacco use should not be renormalised, but should continue to be denormalised as a socially acceptable behaviour."

Members of a global tobacco treaty have taken a hard line on heated tobacco products, agreeing that they should face the same restrictions as cigarettes despite possibly being less deadly.

The tobacco industry has argued that the World Health Organization was missing an opportunity to save lives by not making compromises on heated tobacco products, which create smoke-filled nicotine without some of the cancerous burning agents found in cigarettes.

But the eighth meeting of state parties to the WHO's Framework Convention on Tobacco Control (FCTC), which closed Saturday, dismissed that argument and instead called for the same bans on advertising, promotion and sponsorship deals that apply to cigarettes.

"Tobacco use should not be renormalised, but should continue to be denormalised as a socially acceptable behaviour," FCTC chief Vera Luiza da Costa e Silva told reporters.

She argued that the tobacco industry was disingenuously trying to suggest that promoting heated tobacco could be part "of a harm reduction strategy."

"Their only objective is to sell their products," she said.

The FCTC's decisions serve as guidelines for states to follow but are not legally binding. 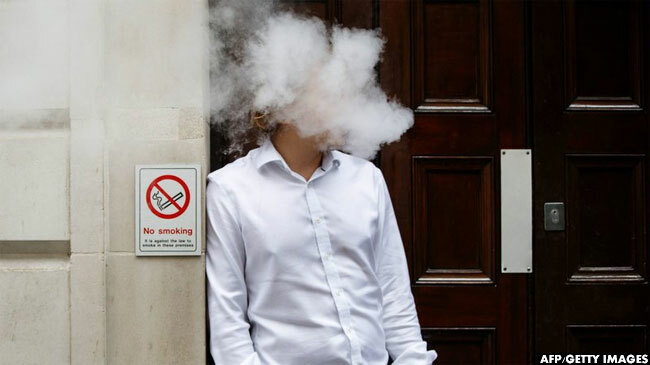 Carmen Audera, a consultant to the FCTC, ranked heated tobacco as less harmful than cigarettes but more deadly than e-cigarettes, which typically contain no tobacco.

But she told reporters that long-term testing on heated tobacco was non-existent and voiced concern that promoting the products would ultimately see less people quit smoking.

"People who have the intention to quit don't quit because these substances are in the market," she said. "This is what the tobacco industry knows: people go back to the real thing (cigarettes)."

Moira Gilchrist, Philip Morris International (PMI)'s vice president of scientific and public communications, told reporters earlier this week that the WHO has "so far has not fully recognised the potential benefits of tobacco harm-reduction products."

"We are encouraging every single smoker that we can to abandon cigarettes. If they are not going to abandon nicotine or tobacco use completely, then they should switch to these new products," she added.

WHO officials and NGOs have repeatedly complained about the tobacco industry's efforts to infiltrate FCTC meetings, through government delegations or agents posing as journalists.

The objective of these agents is to obstruct the talks, peddle misinformation and block consensus, WHO has said.

Costa e Silva said that two people accredited as journalists were expelled from this week's FCTC conference following revelations that they were tied to tobacco firms.

'Heart attack risk high with one cigarette a day'

Kalungi's lens: Harry Lwanga and breaking silence over the years