UN treaty cracks down on heated tobacco pr...
Next Story

The Senate votes 50-48 to approve Kavanaugh in a major win for President Donald Trump.

The Senate votes 50-48 to approve Kavanaugh in a major win for President Donald Trump.

WASHINGTON - The US Senate confirmed President Donald Trump's Supreme Court pick Brett Kavanaugh (pictured above) on Saturday in the closest such vote in more than a century, amid controversy over sexual abuse allegations against him.

The Senate voted 50-48 to approve Kavanaugh as more than 1,000 protesters rallied in Washington against a nominee who had to overcome questions over his candor, partisan rhetoric and lifestyle as a young man.

The months-long battle over the nomination has roiled American passions -- the vote was disrupted on several occasions by angry protests in the gallery -- but handed Trump one of the biggest victories of his presidency.

It drew the line under a bruising nomination process defined by harrowing testimony from a woman who says Kavanaugh tried to rape her when they were teenagers -- and by his fiery rebuttal.

The two-vote margin of victory made it the closest confirmation vote since 1881, when Stanley Matthews, President James Garfield's pick, sealed a 24 to 23 win.

The confirmation means Trump has succeeded in having his two picks seated on the court -- tilting it decidedly to the right in a major coup for the Republican leader less than halfway through his term.

I applaud and congratulate the U.S. Senate for confirming our GREAT NOMINEE, Judge Brett Kavanaugh, to the United States Supreme Court. Later today, I will sign his Commission of Appointment, and he will be officially sworn in. Very exciting!


It reflects a high water mark of the Trump presidency: Republican control of the White House, the Senate, the House of Representatives and the judiciary's top court.

But the Kavanaugh spectacle, fueled by extraordinary accusations and counter-claims in nationally televised hearings, and tense battles over an 11th-hour FBI investigation to address the assault allegations, has inflamed political passions.

Just hours before the vote, scores of protesters broke through barricades and staged a raucous sit-in protest on the US Capitol steps, just feet away from the imposing doors to the Rotunda.

As protesters chanted "Shame!" and "November is coming!" police took several dozen protesters down the steps and put them in plastic flex-cuffs. 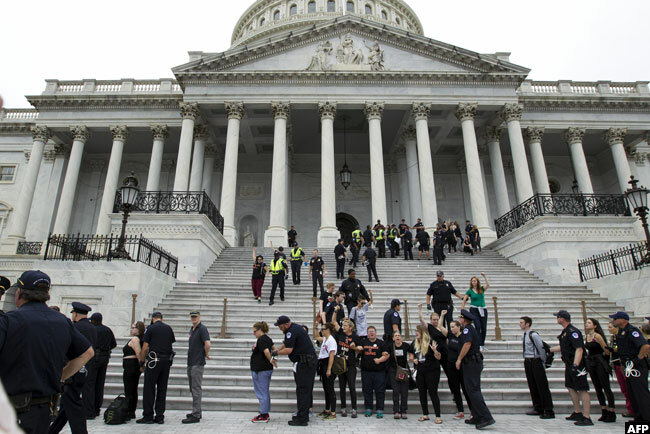 Kavanaugh's confirmation process has laid bare the partisan gridlock on Capitol Hill and the political polarization of America just a month before midterm elections.

His promotion to the Supreme Court also stands as a demoralizing defeat for Democrats who had battled hard to block the 53-year-old judge at all costs.

But Senator Ed Markey insisted ahead of the confirmation that it would only galvanize Democrats to deliver a "devastating" blow to Republicans at the ballot box.

"The Democrats are going to pivot to the election, and we're going to turn this nomination into a referendum on whether or not Donald Trump can be trusted to name federal judges or to continue to control an absolute monopoly on creating public policy in the United States," Markey told reporters.

Kavanaugh's confirmation had already been all but sealed Friday, when he won the support of key Senate Republican Susan Collins and conservative Democrat Joe Manchin. 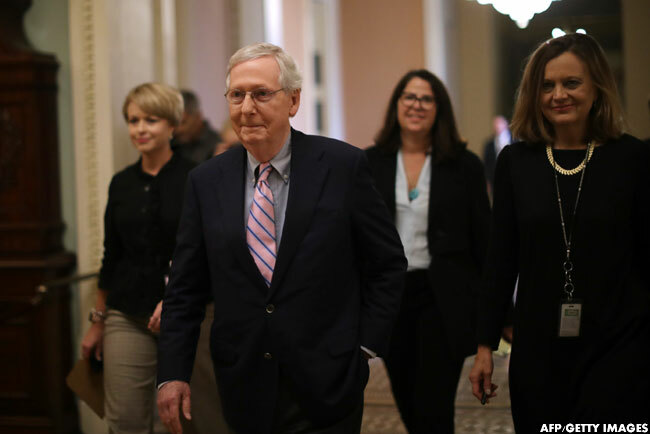 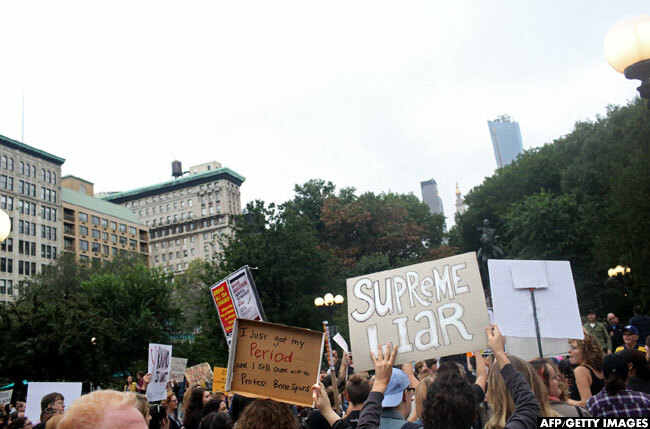 Kavanaugh's confirmation as a replacement for retiring justice Anthony Kennedy was controversial from the start -- but the initial focus was solely on the conservative views held by the married father of two.

His ascent to the Supreme Court was thrown into doubt last week after university research psychologist Christine Blasey Ford testified that he had sexually assaulted her at a Washington area gathering in the early 1980s.

The brutal hearing sparked a supplemental FBI dive into Kavanaugh's background and a weeklong delay of the Senate vote.

While many senators said they were satisfied with the FBI probe, her lawyers called the investigation insufficient.

"An FBI investigation that did not include interviews of Dr Ford and Judge Kavanaugh is not a meaningful investigation in any sense of the word," they said in a statement quoted in US media.

Collins -- a moderate Republican from Maine -- said Kavanaugh was entitled to the "presumption of innocence" as the allegations against him were not substantiated with corroborating evidence.

While acknowledging that Blasey Ford's testimony was "sincere, painful and compelling," Collins added: "We will be ill-served in the long run if we abandon the presumption of innocence and fairness."

Immediately after that speech, Manchin announced his support, calling Kavanaugh a "qualified jurist" who "will not allow the partisan nature this process took to follow him onto the court." 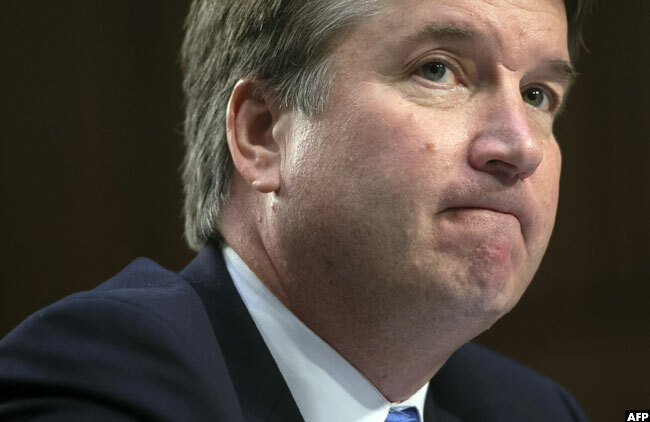 Kavanaugh's nomination seals a conservative majority on the nine-seat high court, possibly for decades to come.

There were loud protests, both in Washington and in other cities across the United States as the vote went ahead.

Hundreds were arrested on Capitol Hill this week -- including several dozen in the hours leading to the final vote.

Authorities took the rare step of putting up low metal fences around the Capitol, keeping the public some distance from the building. But protesters overran the barricades and defiantly claimed the Capitol steps.

Trump tweeted that the demonstrators included female Kavanaugh supporters who were "gathering all over Capitol Hill." But they were not immediately visible in the area around the legislature.

The president claimed on Friday that billionaire financier George Soros, a Democratic funder and frequent target of conservatives, was behind the demonstrations against his nominee.

Ex-Trump lawyer back in Congress for fourth day of testimony

Trouble finds Trump on every side of the world