The pair have won the award for their "efforts to end the use of sexual violence as a weapon of war".

The pair have won the award for their "efforts to end the use of sexual violence as a weapon of war".

OSLO - Congolese doctor Denis Mukwege and Yazidi campaigner Nadia Murad won the 2018 Nobel Peace Prize on Friday for their work in fighting sexual violence in conflicts around the world.

The pair won the award for their "efforts to end the use of sexual violence as a weapon of war," Nobel committee chairwoman Berit Reiss-Andersen said in unveiling the winners in Oslo.

"A more peaceful world can only be achieved if women and their fundamental rights and security are recognised and protected in war," she said.

Both Mukwege and Murad have come to represent the struggle against a global scourge which goes well beyond any single conflict, as the ever-expanding #MeToo movement has shown. 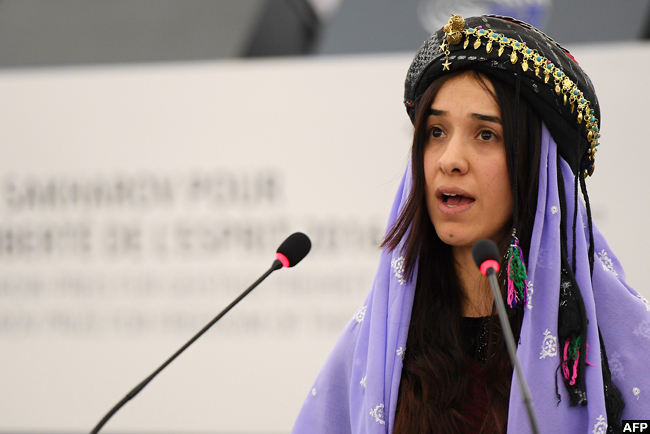 Nadia Mura, 25,  was in 2014 was kidnapped by IS militants and endured three months as a sex slave before managing to escape

Mukwege, 63, was recognised for two decades of work to help women recover from the violence and trauma of sexual abuse and rape in war-torn eastern Democratic Republic of Congo.

Women, children and even babies just a few months old, Mukwege has treated tens of thousands of victims of rape at Panzi hospital which he founded in 1999 in South Kivu.

Known as "Doctor Miracle", he is an outspoken critic of the abuse of women during war who has described rape as "a weapon of mass destruction."

Alongside Mukwege, the committee honoured Murad, a 25-year-old Iraqi woman from the Yazidi community who in 2014 was kidnapped by Islamic State militants and endured three months as a sex slave before managing to escape.

"Denis Mukwege and Nadia Murad have both put their personal security at risk by courageously combating war crimes and seeking justice for the victims," the Norwegian Nobel Committee said.

"They have thereby promoted the fraternity of nations through the application of principles of international law." 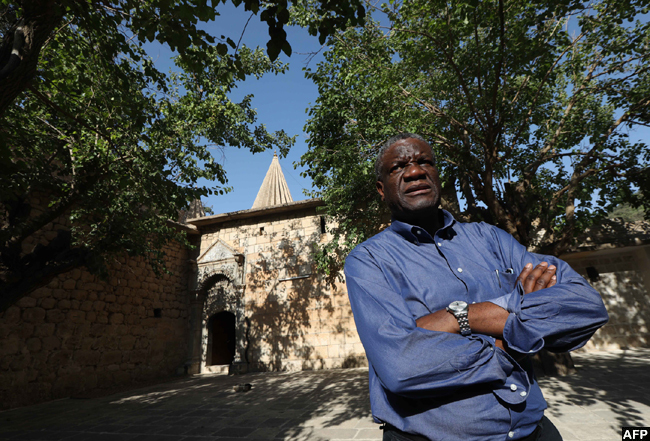 Dr. Mukwege at the Lalish temple in a valley near Dohuk, 430km northwest of the Iraqi capital Baghdad this year in June 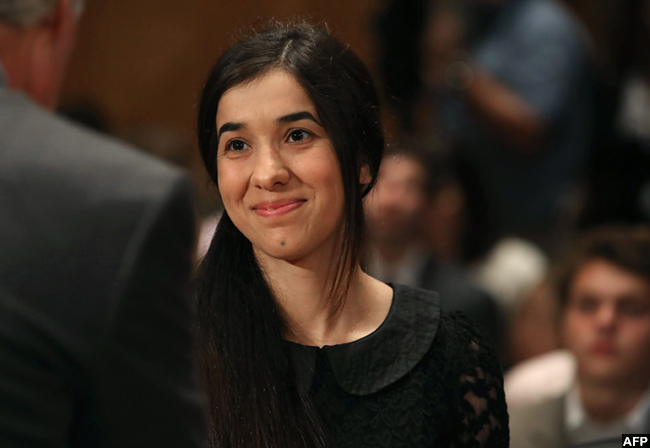 With the postponement of this year's Literature Prize for the first time in 70 years over a #MeToo scandal at the Swedish Academy, Friday's peace award was the most highly anticipated Nobel announcement this year.

A total of 331 individuals and organisations were nominated for the prestigious peace award, almost a record number.

The award will be presented at a ceremony in Oslo on December 10, the anniversary of the 1896 death of prize creator Alfred Nobel, a Swedish philanthropist and scientist.

â€˜I am so broke I take tea on creditâ€™

Be the belle of the party

â€˜I am so broke I take tea on creditâ€™