Businesswoman held over abortion
Next Story

70% of patients at Mulago Specialised Hospital have fertility problems

According to Dr Mark Muyingo, the Head of reproductive medicine and infertility division, the 70% are not only Ugandans.

According to Dr Mark Muyingo, the Head of reproductive medicine and infertility division, the 70% are not only Ugandans.

Since it opened its doors to the public two weeks ago, 70% of the patients who have visited the new Mulago Specialised Maternal and Neonatal Healthcare Hospital are seeking treatment for infertility.

According to Dr. Mark Muyingo, the Head of reproductive medicine and infertility division, the 70% are not only Ugandans.

"We have women coming from across Africa to seek our services. This is just the tip of the ice bag and we are likely to see many more patients," Muyingo stated during an interview with Saturday Vision. 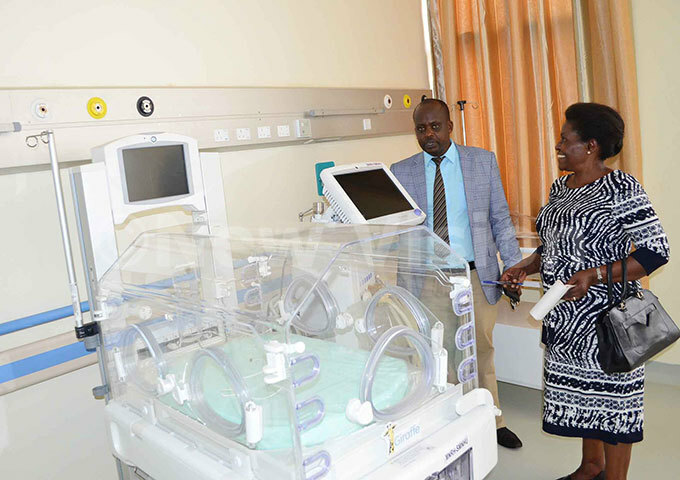 Muyingo notes that out of every 100 couples, 10 have infertility issues.

He says  the fertility treatment services offered at Mulago are more affordable than those in the private hospitals.

"And the affordability is not because we are offering poor quality services. We are going to offer the best services that you can find anywhere in the world but as a public facility we have subsidies from government as well as collaborators we are going to work with to have the service subsided," he said.

Figures obtained by Saturday Vision show that  in-vitro fertilization  (IVF)  at Mulago Hospital gfugoes for sh13m while some private facilities charge over sh20m.

Apart from IVF, the hospital will offer the intra cytoplasmic sperm injection, which is popularly known as ‘sperm injection'. It goes for sh14.6m.

This service is offered to males who have problems with the male gamete, the sperm, for example low sperm count, poor mobility and inability to fertilize among others.

"We get the sperm and put it directly into the egg. I know people have been thinking about it in another way but it's actually a much more sophisticated thing, that involves use of special gadgets, since eggs and sperms cannot be seen with a naked eye.

It needs a lot of skill and the machines are costly and world over its one of those sophisticated things that are done. The injection is sh14.6m.

''This involves giving patients  medicine to grow the eggs and sperm, and when they have grown and are mature for fertilization, after fertilization you can have 10 embryos  per person  which have been grown. Of course you cannot transfer all the 10 embryos at once, you can transfer maybe two or four for the woman to be able to carry the pregnancy," he explains.

The rest of the eggs are stored in a cryo protectant to preserve them, in liquid nitrogen at a very low temperature. It can be stored for up to 10 years. This is sh3m  per year.

Muyingo notes that much as the services are not unique to Mulago in Uganda, Mulago is the only public health facility offering them.

"This service is not unique only to this hospital but the most unique thing about it is the fact that it's the only service which is going to be offered in a public facility.

The other unique thing is that we have specialised people working together including the visiting specialists from other areas who we are going to co-ordinate with and work to ensure that this service is the best in east and central Africa, as well as southern Africa," he adds.

Dr Judith Ajeani, a consultant obstetrician gynecologist, and head of the gyno-cancer division explains that in the medical language, anything that ends with ‘ectomy' usually means cutting taking the body part that is mentioned in the first part.

"Vaginectomy is one of the rare surgeries we do for cancer of the vagina, a rare one, mostly in people 60 and above, and we remove the vagina," she explains.

Ajeani notes that the new hospital has a cancer wing, where individualised services will be offered ranging from prevention, diagnosis and treatment.

"It's referred to as individualised because we will handle each patient according to their genetics.

When a woman is found with abnormal cells of the cervix, and it's feared that if not treated, in 10 to 15 years she may develop cervical cancer, a common method is freeze treatment or cryo therapy. Ajeani explains that machine is placed into the cervix and freezes the abnormal cells maybe over a period of 20 minutes. They are destroyed and the woman retrains her fertility. 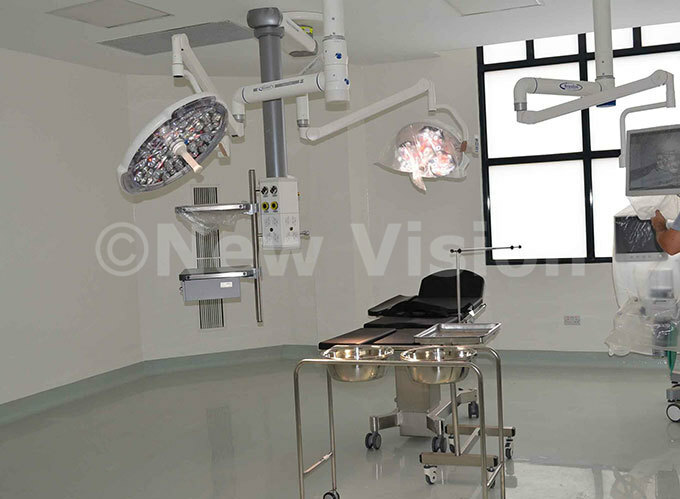 According to Dr John Sekabira, consultant pediatric surgeon, Mulago now has the first neonatal intensive care unit in the country.

Consequently, children born with congenital conditions for example those born with intestines out, esophagus issues, tumors have previously been taken to international hospitals for treatment will now receive treatment at Mulago.

"We now have a fully equipped neonatal ICU. Basically this place is going to allow us do more complex cases which previously we were not able to do because of lack of an intensive care unit for neonates," Sekabira says.

He says neonatal intensive care service is very expensive but it's going to be relatively cheaper.

Ajeani says that the hospital has specific gynecologists to handle cancer patients. These are referred to as gyn oncologists. Currently we have one gyn oncologist, a Ugandan who trained in Kenya.

"We started the gyn oncologist training and have been accredited by the East Africa Oncology institute, with now five fellows. We are collaborating with universities like British Columbia, san Francisco, and others coming on board," he says.

Nonetheless, Muyingo admits that they do not have enough, but since the facility is a training institute, more specialists will be trained.

"But we have the adequate number to start this service smoothly without any hitches until we have other specialists trained, and we have experts we plan to work with in other universities to make this a centre of excellence," he says.

Muyingo says although they have started with the basic infertility services, intensive research will be done to upgrade to more complex services such as reactivating eggs of women in menopause.

Charles Kiggundu, the head of the gynecology department says the hospital is the first of its kind in East and Central Africa.

The hospital was commissioned by President Yoweri Museveni on 2nd  October 2018.

What is a wolf doing in a bank meant to help the poor?