First ever lions to be conceived artificially
Next Story

The report lays out what it will take to prevent Earth's average surface temperature from rising beyond 1.5C above preindustrial levels.

The report lays out what it will take to prevent Earth's average surface temperature from rising beyond 1.5C above preindustrial levels.

An executive summary of the UN special report on limiting global warming to 1.5 degrees Celsius will be vetted in South Korea this week, line-by-line, by diplomats under the 195-nation Intergovernmental Panel on Climate Change (IPCC).

A draft version of this "Summary for Policymakers" obtained by AFP underscores how quickly global warming has outstripped humanity's attempts to tame it, and outlines stark options -- all of them requiring a makeover of the global economy -- for avoiding the worst ravages of climate change.

Here are key findings, grounded in some 6,000 peer-reviewed scientific studies:

The report lays out what it will take to prevent Earth's average surface temperature from rising beyond 1.5C (2.7 degrees Fahrenheit) above preindustrial levels.

Given an increase to date of a full degree Celsius, and our current trajectory toward an unliveable plus 3C or 4C world, the already narrow pathway to a 1.5C cap has become a tightrope. 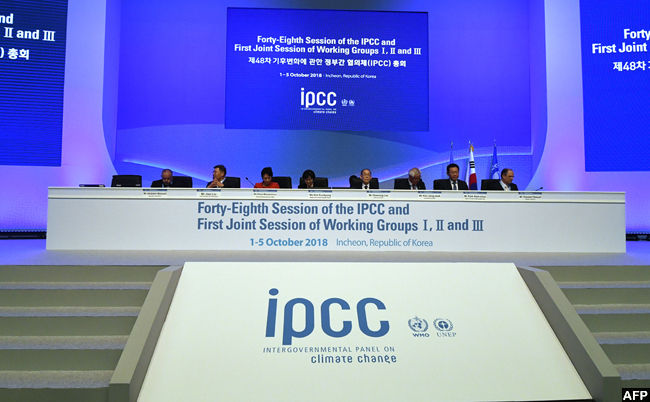 At current levels of greenhouse gas emissions, the IPCC report finds with "high confidence", we will zoom past the 1.5C marker around 2040.

To have at least a 50/50 chance of a 1.5C world, the global economy must, by 2050, become "carbon neutral," with no additional CO2 going into the atmosphere.

Carbon dioxide emissions, meanwhile, should peak not later than 2020, and curve sharply downward from there.

To date, we are still moving the wrong way: after remaining stable for three years -- raising hopes the peak had come -- emissions rose in 2017 to historic levels.

The 22-page Summary also details humanity's "carbon budget", the amount of carbon dioxide -- the main greenhouse gas -- we can dump into the atmosphere and still stay under the 1.5C threshold.

The allowance, for a two-third's chance, is 550 billion tonnes, an amount we will emit on current trends within 14 years.

The share of primary energy coming from renewables would have to jump from a few percent to at least 50 by mid-century, and the share of coal drop from about 28 percent to between one and seven. 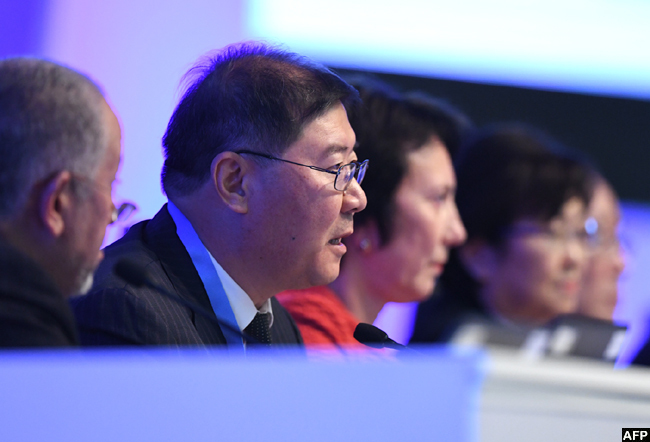 When the 195 nations who endorsed the 2015 Paris Agreement said the world should "pursue efforts" to cap warming at 1.5C, scientists were caught off-guard.

Most scientific literature assumed a target of 2C, long considered the temperature guardrail for a climate-safe world.

Hundreds of peer-reviewed studies since then reveal what a difference a half-degree can make.

"Climate impacts are exponentially more dramatic when we go from 1.5C to 2C," said Henri Waisman, a senior researcher at the Institute for Sustainable Development and International Relations, and a coordinating author of the report.

What used to be once-a-century heatwaves in the northern hemisphere will become 50 percent more likely in many regions with an extra half-degree of warming.

Some tropical fisheries are likely to collapse somewhere between the 1.5C and 2C benchmark; staple food crops will decline in yield and nutrition an extra 10 to 15 percent; coral reefs will mostly perish; the rate of species loss will accelerate.

Most worrying of all, perhaps, are temperature thresholds between 1.5C and 2C that could push Arctic sea ice, methane-laden permafrost, and melting polar ice sheets with enough frozen water to lift oceans by a dozen metres, past a point of no return. 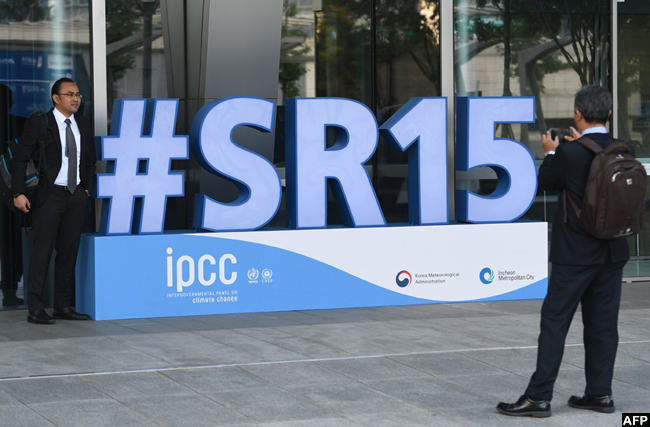 IPCC authors refuse to say whether or not the 1.5C goal remains feasible. That, they argue, is for leaders to decide.

But the report does lay out four scenarios that shadow current and future policy debates on the best way to ramp up the fight against climate change.

The difference between them is not "slow" or "fast" -- it is too late for that, experts agree.

"We're talking about the kind of crisis that forces us to rethink everything we've known so far on how to build a secure future," said Kaisa Kosonen, IPPC campaign lead for Greenpeace International.

"We have to try to make the impossible possible."

One pathway, for example, relies heavily on future technologies to radically reduce energy needs, while another assumes major changes in consumption habits, such as eating less meat and abandoning internal combustion engine cars.

Two others depend on sucking massive amounts of CO2 out of the air, either though large-scale reforestation, use of biofuels, or direct carbon capture.

Did You Know?-Early Childhood Development Supplement

Early Childhood Education is a right