Gulu Councillors lock town clerk out of of...
Next Story

“We have embarked on sensitizing all the customs officials of the member countries about the system; ask them to embrace it to avoid holding goods at check points..."

“We have embarked on sensitizing all the customs officials of the member countries about the system; ask them to embrace it to avoid holding goods at check points..."

Stephen Analo speaking about the Single Customs Territory during a briefing to journalists at the EAC head ofice in Arusha. Looking on is Jonathan Ssesanga, Principal Customs Officer, Information Technology, September 26, 2018. Photo by Eddie Ssejjoba

The Single Customs Territory (SCT) has been described as the last stage towards achieving full attainment of the Customs Union for the East African Community.

Commended as one of the success stories of the regional economic federation, the system enables goods to be electronically processed and released by the authorities from the country of destination prior to loading and release from the port.

Adopted in 2013, the SCT destination model is attainable by the removal of customs duties and other restrictive regulations or minimization of internal border customs controls.

It eliminates trade barriers, duplication of paper work and unnecessary delays and documents, which used to bog down fast transportation of goods within the East African region.

The objectives of the Customs Union, as stated in the regional treaty, include liberalizing intra-regional trade among partner states, promote efficiency in production, encourage domestic and foreign investment as well as promoting economic development and industrialisation within the region. 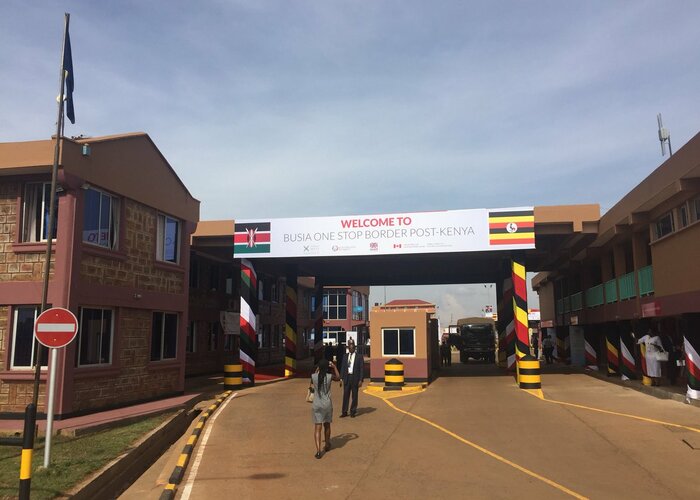 Stephen Analo a business expert with the EAC said that with the SCT, goods make a single declaration at the first point of entry and once they are cleared, they are not subjected to any other checking and scrutiny at any other customs point.

Enumerating the achievements of the system since its adoption, Analo said that the goods are declared once at the point of entry into the EAC and taxes are assessed and declared at the destination partner state.

Under this system, customs officials only require verifying and confirming documents, which according to Analo, have improved efficiency and reduced the cost of doing business, which eventually trickles down to the ordinary consumer who is saved from meeting the costs in terms of high pricing.

He said that prior to the signing of the SCT, goods in transit would be subjected to unnecessary payments at each respective border, for example taking 18 days to transport cargo by road from Mombasa to Kampala or 21 from the same port to Kigali in Rwanda.

Other costs, according to Analo, included maintaining the driver and his turn-boy.

"We have embarked on sensitizing all the customs officials of the member countries about the system; ask them to embrace it to avoid holding goods at check points.
They should instead, he said, do minimum checks and controls.

"Once a trader makes declarations at Mombasa port or Dar es Salaam and pays the taxes, a message comes on screen at all customs points throughout the route chart," he said, adding that the system has greatly reduced human interventions.

The transporters do not need to drive and wait at the head offices of the respective revenue authorities, but physical inspection is done once at departure.

According to Analo, the biggest challenge still remains in bringing on board other agencies, like national bureau of standards, which are required to work closely with the customs department to do joint checks before the goods are cleared. 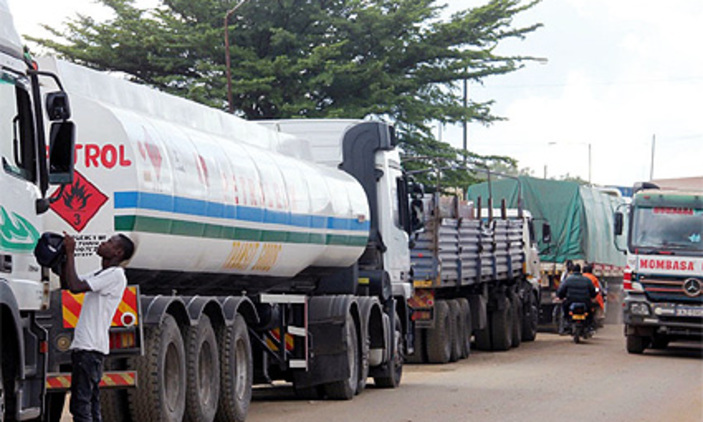 The SCT is implemented in line with the Regional Electronic Cargo Tracking System (ECTS), a new technology which has been used by the EAC member states to eliminate diversion of goods, increased efficiency and unnecessary delays.

According to Analo, ever since the system was implemented, Uganda has never experienced shortage of fuel, which used to be rampant with several human interventions along the Mombasa-Kisumu-Kampala route.

However, Analo stated that some countries were still dragging their feet on applying the system on some goods, including vehicles. They cite lack of capacity and sudden loss of jobs to their people, mainly clearing agents

He said several sectors, especially in Kenya were affected by the improved technology.

The secretariat is also still working on harmonization of internal taxes and other charges, which he said should be uniform and avoid inconveniencing traders.

"The SCT has attracted business in the region because other blocks like the European Union desire to do business where traders are trusted and when the supply chain is safe," he explained.

The implementation of the system, at first used to face hurdles, which included persistent multiple road blocks, multiple weigh bridges, duplication of declarations and documentations, which have since reduced.

Under this system, the ECTS is supposed to be disarmed at destination, but several countries including Tanzania disarm their systems at the border exit, which forces traders to mount other gadgets afresh.