Vietnam bids final farewell to president b...
Next Story

Passengers were forced to swim for their lives Friday when an airliner ditched into a lagoon after missing the runway on a remote Pacific island and immediately began sinking.

The Air Niugini Boeing 737 was attempting to land at Weno airport in Micronesia but ended up half submerged in Chuuk lagoon after the accident on Friday morning.

Pictures and video posted on social media showed locals scrambling in small boats to rescue the passengers and crew as waters covered most of the aircraft's fuselage. 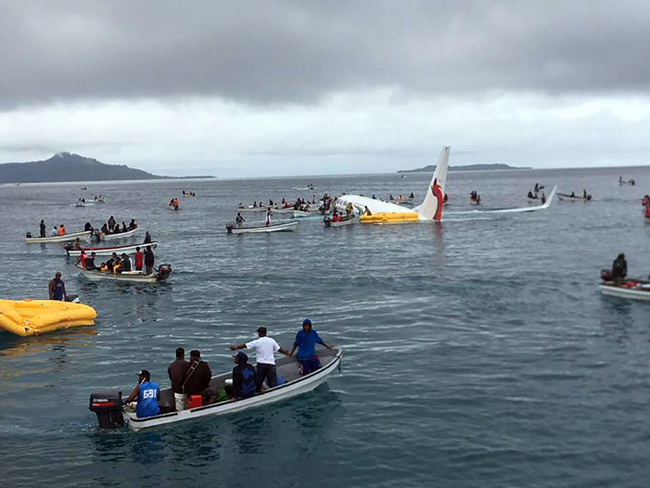 The airline said the plane, which was making a scheduled stop on its way from the Micronesian capital Pohnpei to Port Moresby, had "landed short of the runway".

Remarkably, it said there were no serious injuries.

"Air Niugini can confirm that all on board were able to safely evacuate the aircraft," the firm said in a brief statement.

It did not detail what caused the accident. 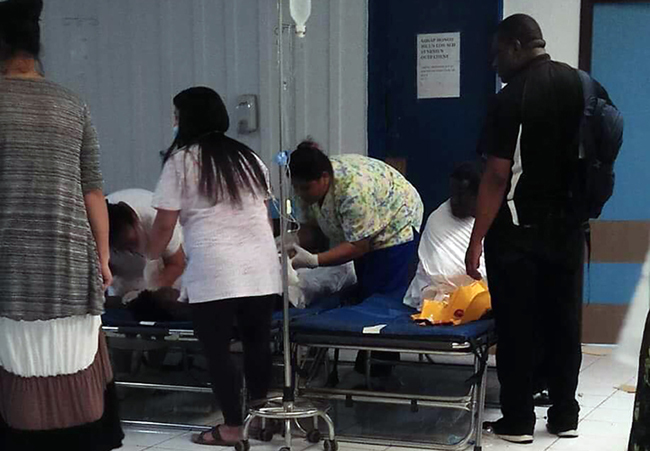 Paramedics treated an injured rescued passenger of the crashed plane inside a hospital on the remote Island of Weno. (AFP/Mberann Siver)

"We're trying to arrange a team to go there but I cannot give you any more information because I simply don't have it," a spokesman told AFP.

Pacific Daily News reported, citing airport official Jimmy Emilio, that all 36 passengers and 11 crew had been taken to hospital for check-ups. 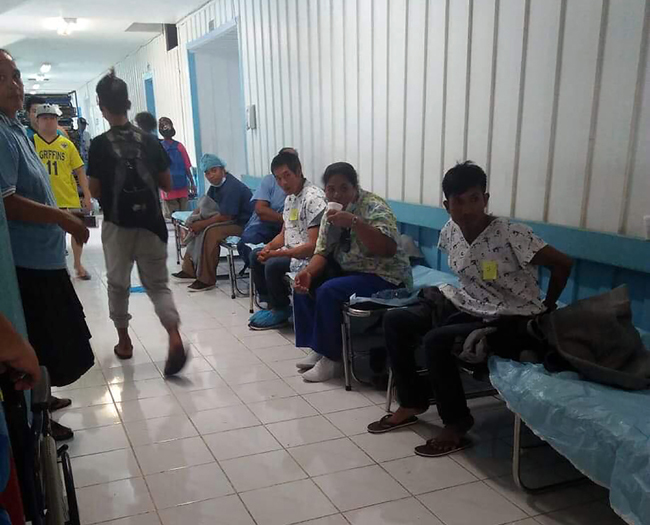 The airline said there were no serious injuries. (AFP/Mberann Siver) 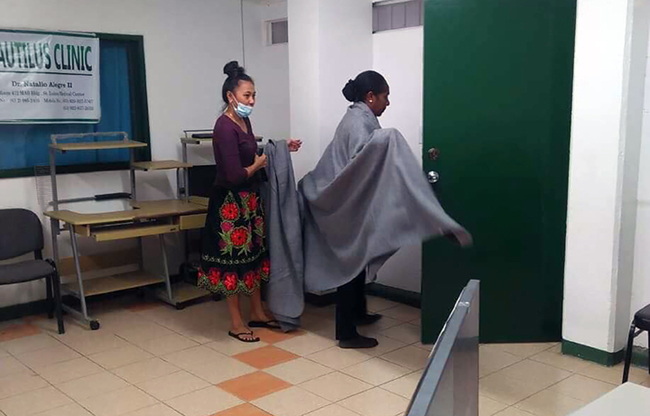 Here, a nurse tends to one of the rescued passengers. (AFP/Mberann Siver)

Five killed in crash of US military cargo plane