"We are excited to attend the full range farmer’s exhibition."

"We are excited to attend the full range farmer’s exhibition."

A group of 13 Ugandan farmers have relished their week-long stay in Ireland, during which they attended this year's edition of the National Ploughing Championships.

It was the 87th exhibition, held in Dublin for three days.

The Ugandans' trip was organised by the Irish Embassy in Uganda, together with Ugandan honorary consul of Ireland, Sylvia Kateete Gavigan. The team was led by Dr. Stephen Tumwesigye from the National Agricultural Research Organization (NARO).

The National Ploughing Championships brings together farmers to draw inspiration from other unique farmers.

The Ugandan visitors toured some farms to learn about modern farming and also techniques used in Ireland.

They also exchange contacts with different farmers from all over the world. 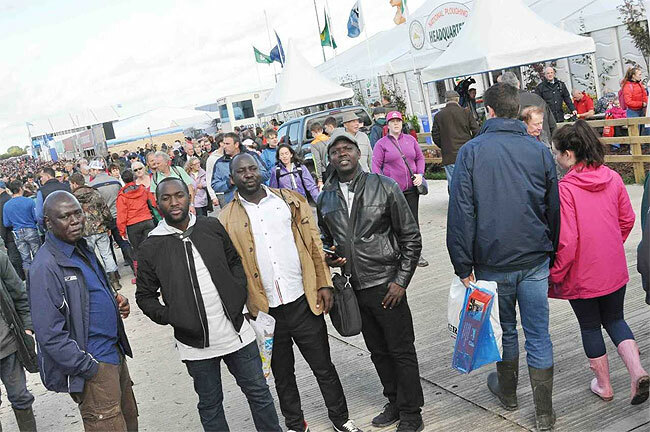 The expo was attended by thousands of people, majority of whom were from Europe.

During the exhibition, the team was welcomed by Glanbia Milking Farm employees, who provided them information about their products and also encouraged them to continue take farming as their first priority.

He paid tribute all participates and exhibitors from all over the world and the hundreds of volunteers and staff that are required to stage the event.

Jessica Bitwire Kyoshabire of JB International Training and Resource Centre, a mushroom farmer from Entebbe, talked of their excitement.

"We are excited to attend the full range  farmer's exhibition. Fellow Ugandans will benefit more from what we have seen and shall implement from this exhibition," she said.

"We are extremely pleased with the wonderful arrangement which also allowed us Ugandans to participate."

The group is expected to return on Friday.