Uganda’s cultural diversity was celebrated to its height.

Uganda’s cultural diversity was celebrated to its height.

Food is one of the scales of our cultural heritage and this year at the Ekyooto Cultural Festival, the diversity of Ugandan cuisine was extensively celebrated.

From the North, South, East to Western Uganda, each region is characterized by a different type of food and this was all evidenced at the three day festival at the Uganda museum.

The northern cuisine presented a host of vegetable sauce including bitter leaves (malakwang) and millet bread (kwon kal) from Acholi.

The central cuisine had the oluwombo a royal traditional stew of chicken, beef, mushrooms or fish wrapped in a banana leaf, served with steamed and mashed hot green bananas (Matooke) from Buganda. 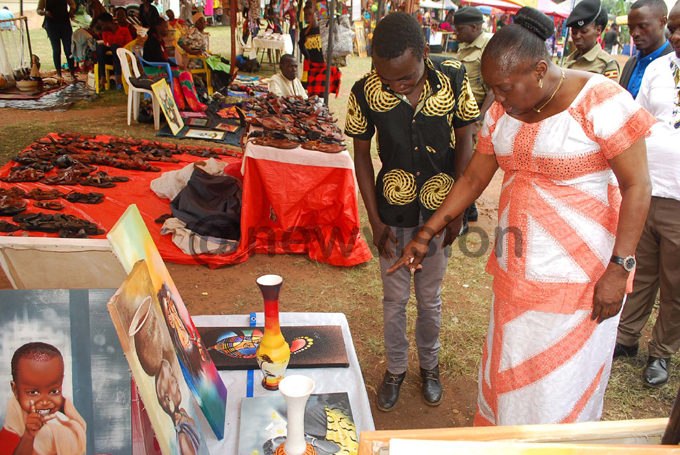 The Speaker of Parliament, Rebecca Kadaga visiting one of the stalls during the Uganda International Cultural festival

It definitely brought all unique cultures in Uganda together. Besides the food that is an identity of a people's culture also showcased was music and dance.

Revelers from all parts of the world turned up in their best attires- mostly African outfits for the locals bringing plenty of colour to the occasion.

Captivating too was the poetry, riddles and fire place storytelling plus exhibition of unique arts, crafts, technology and innovations that included iron smelting, backcloth making and several historical craftsmanship.

Busoga at the end of the festival emerged the best over exhibitors taking over from the Karamajong who took the accolade last year. But there was more honours for the Busoga cluster as they also too the best regional exhibitor. 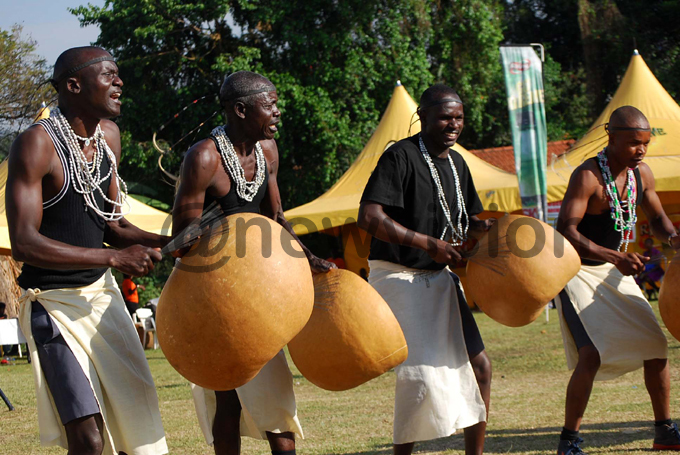 The Larakaraka dance from northern Uganda

"Visiting the Busoga hut one would just be teleported back to how the Basoga lived in the past, the set up was real to their tradition, they engaged revelers and performed all throughout the festival," Betty Aliba one of the brains behind the festival excitedly commented.

But of course there were excellent exhibitions from all other tribes at the festival presenting their authentic way of life.

Ankole region took the best cultural exhibitor, also won by the Karamojong last year.The most Innovate display of culture went to Senga Rehema Nambooze who wins it for a third time ever since the festival was introduced in 2016.

The best youth group went to the youth development link and the Turkish too the best international exhibitor accolade.

Panel discussions and a regional forum were also held on how best culture can be used in conservation, promoting family values and peace with contributions from delegates from as far as Kenya, Burundi, Rwanda, Ethiopian, Tanzania and DR Congo among other contributing to the discussion

The Speaker of parliament Rebecca Kadaga while closing the 3rd edition of the festival says the discussions are key and will continue advancing growth across the region. 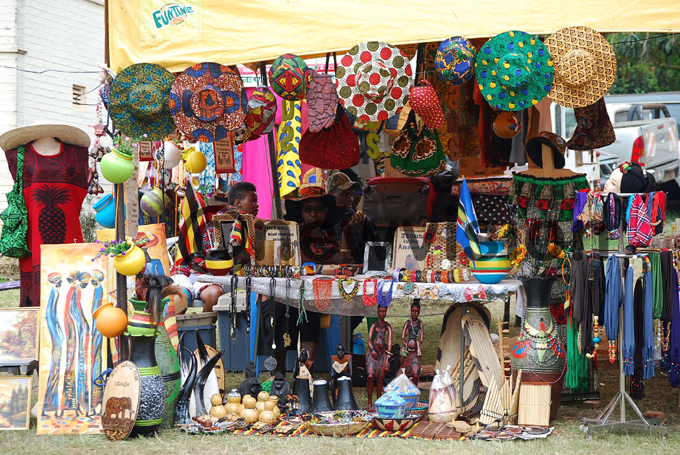 Some of the crafts that were exhibited

"This event is indeed key in promoting Uganda's development as a result of income flow from both domestic and foreign tourism but it is also very key in promoting key aspects of life like conservation of natural resoures, peace both local and cross border and family values among other important aspects," she ellaborated

For Aliba the diversity of Uganda's culture should continuously be appreciated and it's from it that we will continue to appreciate one another and grow a strong bond as a country and reap benefits in terms of job creation for young people and development.

At the end it was a bonfire, storytelling, riddles, poetry and sharing cups of traditional drinks from Kwete of the Acholi, Obushera from Ankole and enturire from the Bakiga that summed up the fun-filled Ekyooto cultural festival at the Uganda Museum until next year.

Achola bridges the gap between TBAs and midwives