MENU
Over 6,000 turn up as LDU recruitment gets underway
Previous Story

All the huts in the homestead were razed and property including foodstuffs were destroyed. Photo by Hudson Apunyo

Police is searching for suspects who stormed a home in Erute South, Lira district and killed one person before razing several huts and destroying property in a protracted land wrangle.

A boy was beaten to death and the homestead set ablaze, destroying all property including foodstuff in Sunday's attack on the family embroiled in the land dispute.

The family that was only just released on court bail on September 20, was attacked while they working in their garden allegedly by the family they have been at odds with for about a decade. 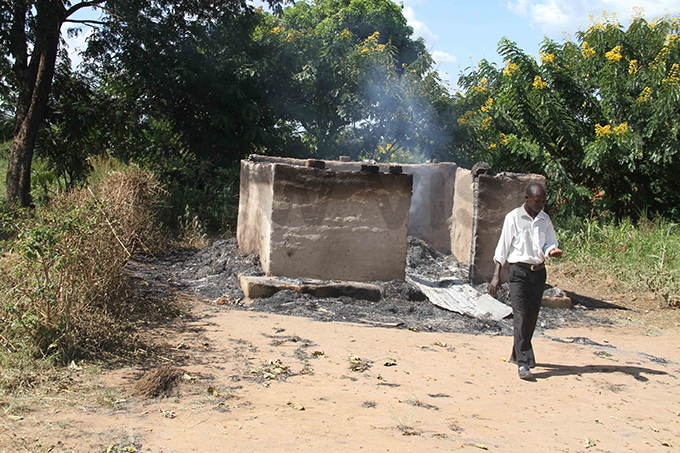 One of the huts burnt in the homestead. Photo by Hudson Apunyo

Reports indicate that on August 28, six members of Lameck Ojom's family were arrested on allegations of acts intended to cause grievous harm and remanded to Lira Prison on September 5, but were released on bail by the chief magistrates court of Lira.

Lameck Ojom and his wife Molly Ojom remained in Lira town while their four sons returned to their home in Erute South.

Two days later, as the boys were in the garden harvesting beans, the rival family of Charles Okii allegedly attacked them and they fled into a house of their elder brother Oscar Nek. 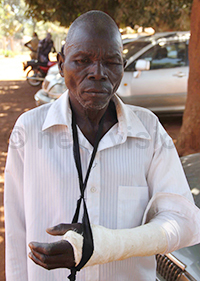 Lameck Ojom who was injured in the previous attack but was instead arrested by police and charged with his wife, sons and daughter-in-law. Photo by Hudson Apunyo

Nek narrated that as they were in the house, the invaders who numbered over 20 started to break the windows and doors to the house. Sensing danger, they fled but unfortunately one of the sons, Leonard Okii, 24, was caught and beaten to death.

The rest of the brothers fled and reported the matter at Barr Police Post in Barr sub-county headquarters.

Police from Barr visited the scene and informed Lira Central Police Station who combed the scene for evidence and took Okii's remains to Lira Regional Referral Hospital mortuary for a postmortem.

The LC1 chairperson of nearby Akutu village, Gilbert Abura, also a close relative of the deceased's family, said the two families had been trading accusations and reported cases to Police.

While at the Police post, Andrew Ogwal, 20, a S3 student at Kefrana Secondary School who survived the attack said the protracted land wrangle has been going on since 2013. He said whenever they report a case, Police does not act but when their rivals report, action is immediately taken.

Nek said they were harvesting beans when they were attacked by the same people who have forcefully occupied their land.

The regional Police spokesperson, David Ongom, said the matter is under investigation and all those implicated in the murder will be arrested and prosecuted.

The case for which they were granted bail is registered with court in Lira under CRB 2853/2018 with the six accused persons being Lameck Ojom, 60, his wife Molly Alyanga, 50, Oscar Nek, 30, his wife Amodo Paska, 32, Leonard Okii the deceased, and Andrew Ogwal, 20. 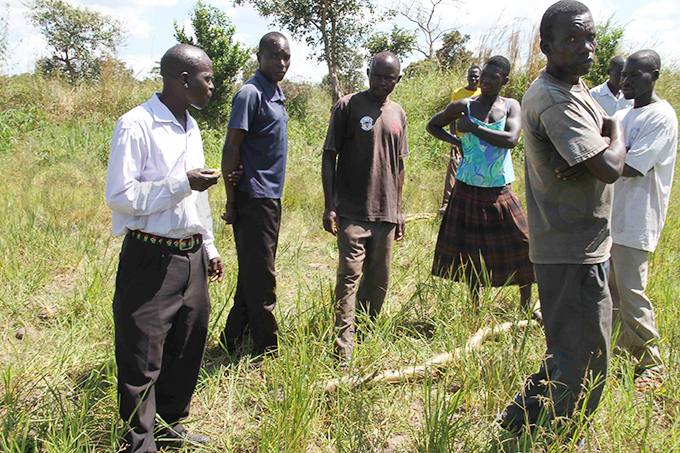 Part of the disputed land where the victims are accused of removing the poles that was used for demarcating. Photo by Hudson Apunyo 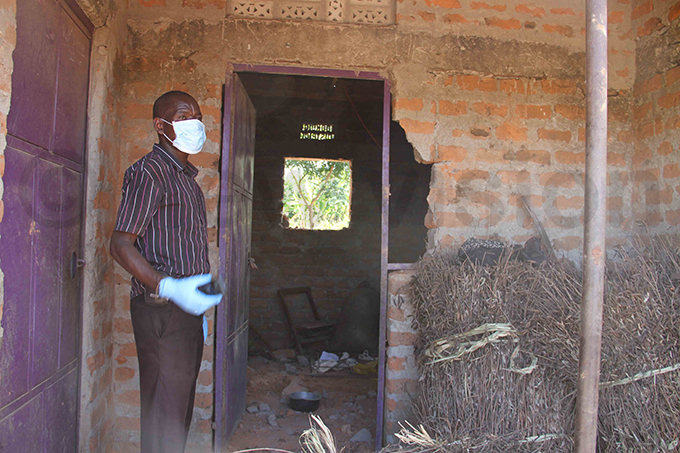 Police officers from Lira CPS assessing damage to the vandalised door on one of the houses. Photo by Hudson Apunyo

The clan leader of Okii Bura (to which both families belong), Benjamin Okii, however blamed the bereaved family for the problems they are facing.

He said the disputed land was given to the other family over four decades ago and that it rightfully belongs to the other party, not the bereaved family.

Lameck Ojom who sustained a fractured arm in the August attack, insists the land belongs to him. He said the rival family was given the land on a temporary basis and must now vacate it.

During a legal aid camp organised by an NGO in Lira last week, Benson Okoda a senior Police officer said land wrangles are the main cause of crime in the region.