Kabushenga thanks Ddungu for loving the company and its services.

Kabushenga thanks Ddungu for loving the company and its services.

He said this has enabled the multimedia company to play a leading role in the enhancement of peace, social harmony and development in the country.

He spoke highly of the company's societal commitment, which he said manifested in its dynamic involvement and support for social causes.

He made the remarks during his visit to the Vision Group's head office in Industrial Area, Kampala on Friday.

During the visit, Ddungu, who was in the company of his wife Ruth and daughter, paid a courtesy call on chief executive Robert Kabushenga and held friendly talks with him. 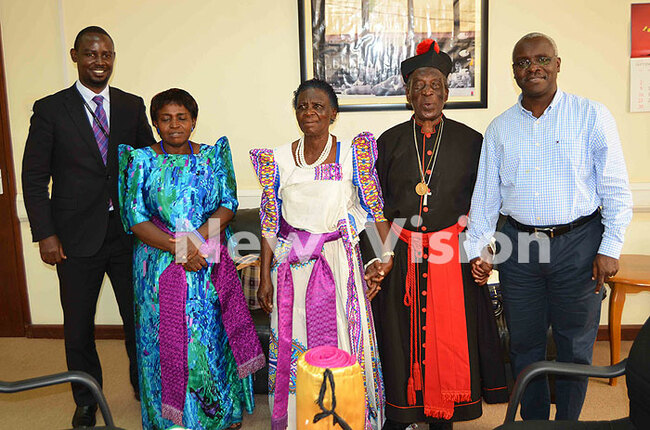 Ddungu handed his host a letter of appreciation and a number of souvenir gifts.

They included a mat, a packet of Kyapa Mbalaasi, e medicinal ointment that he started manufacturing in the 1960s (through his company called Uganda Kwefuga African Industries) and a pack of Malidad Maize flour (which he also makes).

Kabushenga, who was visibly surprised by the visit and the gifts, thanked Ddungu for loving the company and its services.

He promised to remain in communication and solidarity with him and also to give him the possible support in his activities.

Children suffering from cancer get support