President Yoweri Museveni has said that every individual in all the communities in the country must play a part in the struggle to uplift each person's wealth status.

The President was on Thursday sensitising residents of Katerera and Bunyaruguru counties in Rubirizi district, on the economic methods to embrace so that each individual in society uplifts one's wealth status. He is in the district for a two-day tour.

"National development that rotates around the construction of roads, electricity, education and health facilities, among others, can be useful to a population that has a source of income at household level as those facilities enable their proper utilisation by the people," he said. 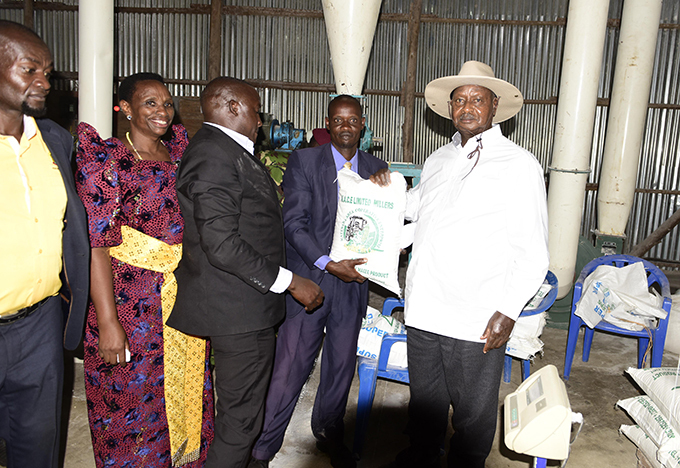 Addressing a public rally at Katerera playgrounds, Museveni highly commended the people of Rubirizi for embracing coffee growing on a big scale and urged them to add on fruits, piggery, poultry, fish farming and zero grazing especially for people with small pieces of land.

He encouraged them to embrace the newly introduced system of irrigation scheme that would enable farmers to grow crops all the year round. He further called on the residents of Rubirizi District to cherish their lives adding that "a healthy life is wealth." 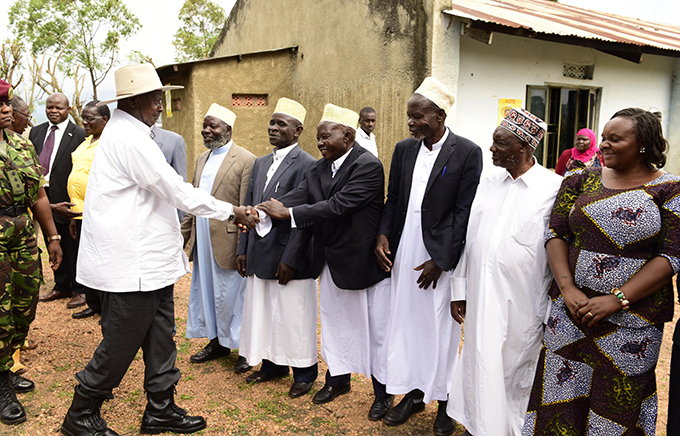 Regarding communications, Museveni said that major roads like the one from Kabwohe in Sheema district and Bwizibwera in Mbarara district to Nsiika in Buhweju district and that from Ibanda district to Matsyoro in Kamwenge district on to Rwenzaza and to Kyambura in Rubirizi are planned for tarmacking. He said that that the section of the road from Rubirizi to Kasese is currently undergoing rehabilitation.

Earlier, Museveni inspected Katonya Irrigation Scheme in Katerera County. The scheme, still in its formation, covers 250 acres of land and when operational, it will support production of various crops such as onions, fruits, bananas and coffee, among others. 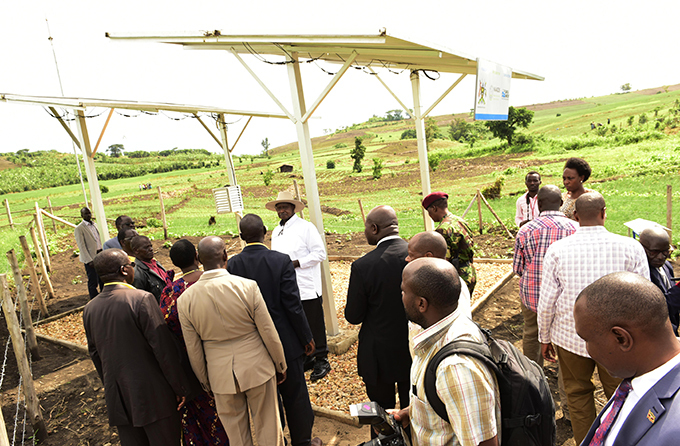 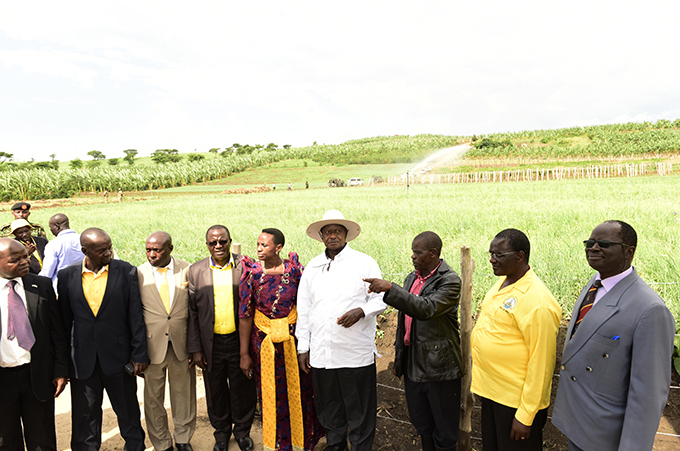 The area Member of Parliament, Habib Katoto, asked government to inject more funds in the development of the health facilities.

He also appealed to Uganda Wildlife Authority to come to the rescue of the residents who face the challenge of game animals that destroy their crops and are not compensated.