They want to get young leaders used to upholding their own constitutions, holding them accountable both to the administration of their institutions

They want to get young leaders used to upholding their own constitutions, holding them accountable both to the administration of their institutions

The African Leadership Institute (AFLI) and the Uganda Management Institute (UMI) have started a guild leaders’ scorecard for higher institutions of learning including universities and tertiary institutions.

David Pulkol the AFLI director said the scorecard will assess the performance of the guild leaders examining how their constitutions are being effected, the quality of their cabinet and general assembly leadership among others.

Pulkol who unveiled the program during a two-day mentorship workshop to the guild leadership of Uganda Christian University (UCU) on Tuesday said it is a pilot project which is going to run for three years before taking it out to all the universities and higher institutions of learning. It is funded by the Democratic Governance Facility (DGF).

Pulkol said while AFLI is working towards streamlining the functions of the national Parliament and holding the legislators accountable, it would be important that they start with the young people. 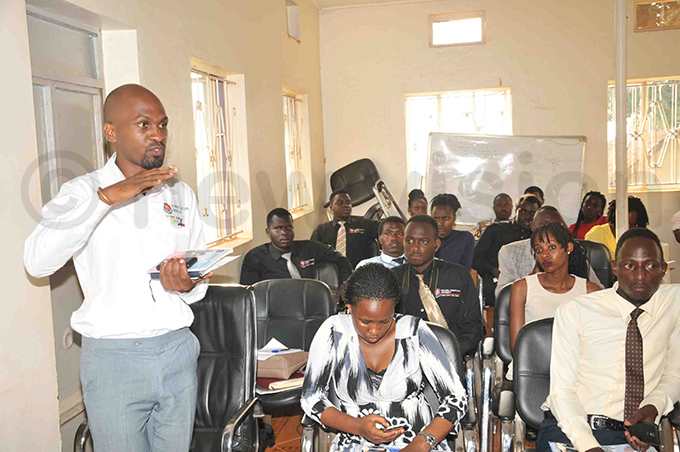 He said they want to get young leaders used to upholding their own constitutions, holding them accountable both to the administration of their institutions and also to the students’ bodies.

“It is important to inculcate the rule of law and constitutionalism, the spirit of unity, integrity, selflessness, solidarity and patriotism amongst them as young leaders,” he said.

Pulkol said as most of the active leaders in the national level politics started their carriers through the students’ leadership, he is also optimistic that these very leaders will also end up in leadership therefore they need a lot of guidance and mentorship.

Pulkol also handed over a recorder, a smartphone, software and a camera which will be used to record the day-to-day business of the guild leadership activities including recording their deliberations and sending the records to AFLI using the software application given to them.

Dr Gerald Werikhe, the AFLI head of civic engagement and research, said the program also has an element of mentoring young leaders in the institutions to look ahead and aspire for greatness.

Werikhe said they will be taking past guild leaders who have made it to the national or international level politics to talk to the guild leaders as a way of inspiration. 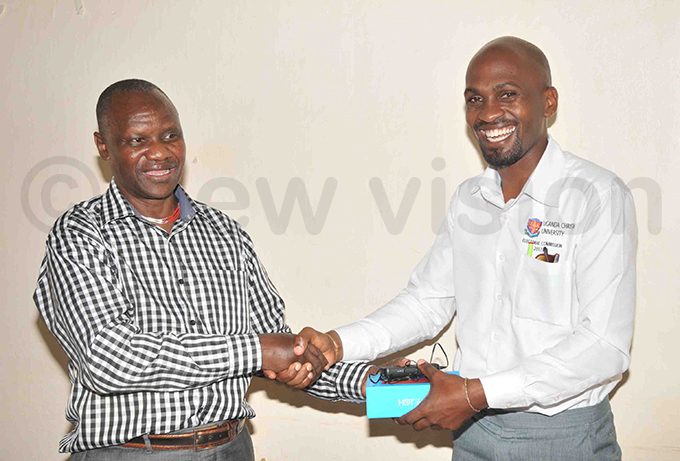 Pulkol handing over equipment to Barasha. Photo by Henry Nsubuga

The former security intelligence operative, Charles Rwomushana who was once a guild president at Makerere University who was the main speaker on day one on Tuesday, asked students to avoid addressing their challenges through the use of violence as it has proved to be the path taken by the youth today.

“The majority of the youth think time now is for seizing opportunity to eat, to luxury, to survive and give birth to children. If you want leadership, have knowledge, truth and capacity not only to dominate but to direct the society where you want it to go for its betterment,” he said.

While speaking to the guild leaders on Wednesday, George Odong, the Member of Parliament in the East African Legislative Assembly said the scorecard initiative underscores the element of transparency and accountability.

Odong said the mentorship program will help the students’ guild leaders feel accountable to their electorate who are the students and later their institutions administration.

Duncan Barasha, the UCU guild president, said the scorecard is going to give them an opportunity to better themselves as leaders to build capacity and core values that are important to their ability to deliver services to the students that they lead.

“It is an opportunity for us to do self-reflection, the general students body will be able to know who their leaders are and what their worth is via service delivery,” he said.