MENU
Kamuli boy 'poses as a girl, cons pastor and 15 others'
Previous Story

"Civilians should be tried in proper civil courts,” says Prof. Fredrick Ssempebwa, the chairperson of the ULS advisory panel.

"Civilians should be tried in proper civil courts,” says Prof. Fredrick Ssempebwa, the chairperson of the ULS advisory panel.

PIC: The chairperson of Uganda Law Society advisory panel, Prof Frederick Ssempebwa speaking in Kampala during the launch of the third Uganda Law Society quarterly report of 2018 on the state of the rule of law. (Credit: Shamim Saad)

KAMPALA - Lawyers have called for the amendment of the Uganda People's Defence Forces (UPDF) Act to stop the subjection of civilians to army court trial.

The lawyers want Section 119 (h (I &ii)) expunged from the law so that civilians are not tried in a military court.

This part of the Act provides that every person found in unlawful possession of arms, ammunitions or equipment ordinarily being the monopoly of the defence forces is subject to trial under the military law.

Speaking at the launch of the 7th rule of law quarterly report, Dr. Daniel Ruhweza, the chairperson of the Uganda Law Society (ULS) rule of law and strategic litigation committee, said the clause is "dangerous" and soils the nation's reputation.

"The army is in bad light whenever civilians are tried,  especially if they have political underpinning or alliances," he said.

"Lead the move to push for the amendment of this law to remove the dangerous clause that is putting us in bad light and is increasingly giving room to all the critics."

Prof. Fredrick Ssempebwa, the chairperson of the ULS advisory panel, said although the UPDF Act provides for trial of civilians in the army court, the rationale is not enough to have them face the military court.

"We know that there is a law, the UPDF Act, which apparently authorises the trial of civilians on ground that they have been found with firearms. There is no rationale to support it.

"Civilians should be tried in proper civil courts," he said.

He also noted that the law is vague since there are people who own licensed guns and may end up being wrongly subjected to the military court for trial.

In response, Brig. Charles Wacha, the director of the army's human rights department, said they prosecute only those civilians found in illegal possession of guns. 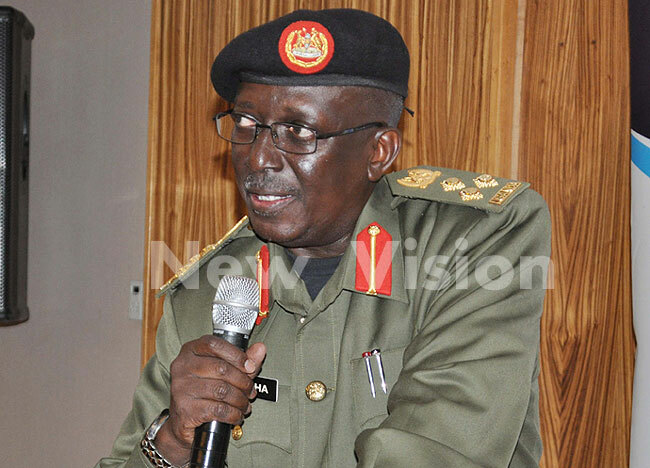 He also rejected claims that the trial of civilians in the army court is backed by ulterior motives and political influence, saying that the court operates like any other court of law.

Wacha said the public shuns and treats them as aliens. "Take us also as Ugandans. If anything happens, we should sit down and discuss it."

Speaker of Parliament, Rebecca Kadaga, was the chief guest at the event held at Serena Hotel in Kampala.

In response to Wacha, she said the army court does not allow civilians in and even has posters written in bold: Civilians not allowed here.

"If you are interested in justice, facilitate people to attend the court martial," she recommended. 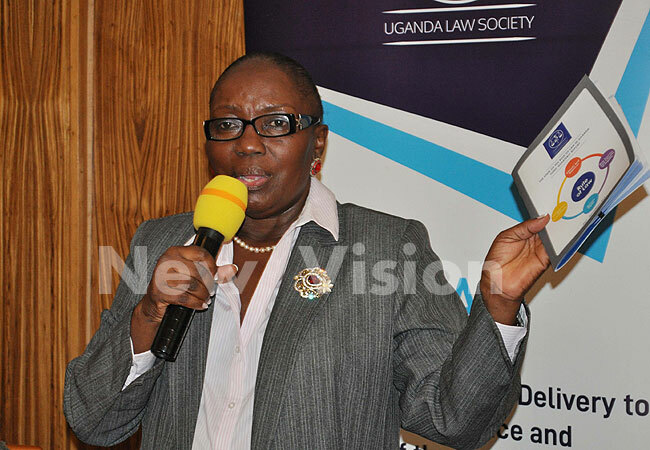 Meanwhile, UPDF's Wacha spoke on claims that the army court sat in Gulu to try Kyadondo East MP Robert Kyagulanyi on allegations of possession of ammunition.

He underlined that even before the Arua saga, the court was there to try an army officer who had run amok and shot two civilians dead within the locality.

On the treason trial at High Court of Bobi Wine and 32 other people who were arrested by the security officers on the eve of the Arua municipality by-elections, Ssempebwa called for a speedy trial.

"There is very little, as far as legal minds are concerned to investigate in these charges of treason arising out of gthe Arua incident. We hope that these charges made are not merely holding charges." 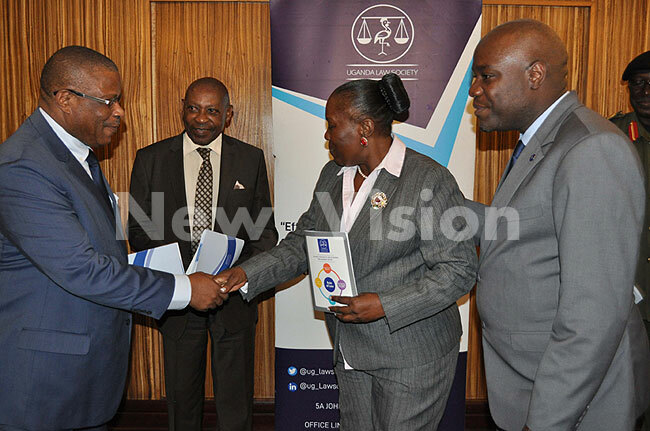 Ssempebwa said that although the European Parliament asked that the charges be dropped, ULS is letting the due process of the law take place and is closely monitoring it.

"We hope things will improve, people will be given their freedoms, MPs will be respected and allowed to equally and fairly participate in elections and the security forces will be there to offer protection for all."

The report also highlights the various violations on human rights around freedom of expression and press, assembly, freedom from torture and inhuman treatment, protection of personal liberty and rights of women.

It recommends the prosecution of perpetrators of torture, expediting of the hearings against those accused, investigations of the various murders including that of the former Buyende police boss, Muhammed Kirumira.