In 2015, Ronald Otile stunned the golfing fraternity when he completed a double of Uganda Open wins

Otile is looking to emulate his 2015 and 2016 heroics. PHOTO: Michael Nsubuga

In 2015, Ronald Otile stunned the golfing fraternity when he completed a double of Uganda Open wins

A number of Uganda amateur golfers get a chance to step into Ronald Rugumayo's shoes when the Castle Lite Uganda Open title tees off on Wednesday at Entebbe Club.

With defending champion Rugumayo having turned pro and waiting for next week's sh185m pro's tournament, the onus is now on other emerging youngsters to take over the mantle in the four-day event.

Leading the hunt for this year's title is 2015 and 2016 champion Ronald Otile who was beaten to last year's title by Rugumayo after a play-off at the Uganda Golf Club, as he chased a hat-trick. After tying with 299 gross each, Rugumayo picked birdies on holes 12, 17 and 18 to beat Otile who struggled for a par on the decisive hole.

Daniel Baguma with whom they are studying at the University of Pretoria in from South Africa is also in the fray and after the official practice round on Tuesday should be able to tell whether they are a match to the challenging Entebbe course.

In 2015, Ronald Otile stunned the golfing fraternity when he completed a double of Uganda Open wins, topping both the amateur and professionals tournaments.

In the professional event that attracted 59 professionals from 11 countries he edged Zambia's Madalisto Muthiya by a stroke with a total score of 282 gross after four rounds of 73, 65, 69, and 75, to become the first amateur golfer to claim the professionals crown in Uganda. 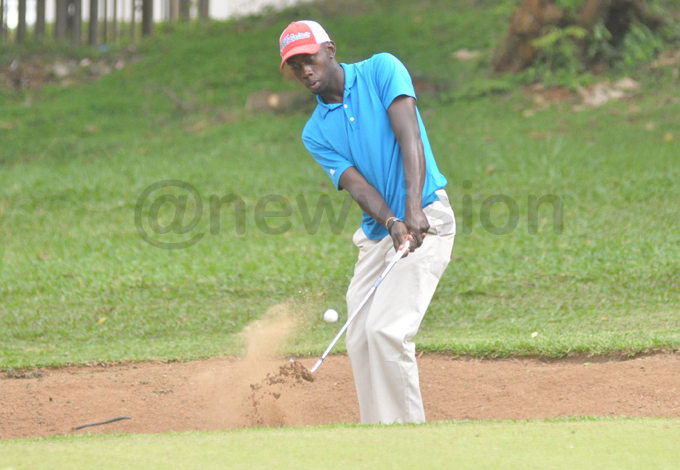 Daniel Baguma is one of the top contenders for the Uganda Open title. PHOTO: Michael Nsubuga

The following year, he successfully defended his title after rounds of 74, 69, 74, 74, in 2016 to beat closest challenger Adolf Muhumuza then, by five strokes.

As the Ugandans gear up for the 72-hole tournament, foreign competition including members of the national teams of Kenya; Mutahi Kibugu, Mike Kisia, Sam Njoroge as well as Tanzania's Victor Joseph are all registered and itching to snatch the championship from the Ugandans who have won since 2008 when George Olayo won it at Kitante.

There are also entries from Zambia including Sydney Wemba, Junior Muwowo and Moore Muwowo as well as David Mpanga and Romeo Sali from Egypt and USA among others.

Which course can i do?

What course can I do at university?