Five things we learned from the Premier Le...
Next Story

New Express chairman Kiryowa Kiwanuka has introduced measures that will help to revolutionise the running of the club.

Among them is the new system where fans will not be required to purchase match tickets at the gates.

Through club sponsors Equity Bank, fans will be required to purchase an Equity Express Card worth sh50,000 that will enable them to watch all the 15 home games in the topflight league in the coming season.

For those fans that will use tickets, they will buy them at different Equity bank branches. "Express has the potential to grow more. We believe this will help to increase on the number fans that will access the stadium. It creates a good image for the sport,"stated Phillip Otim, marketing and communication manager of Equity bank who also entered a sh100m partnership with Red Eagles few weeks ago.

Express FC players can now put their bodies on line for the club in the upcoming new season of the league that kicks off next week after Kiwanuka stated that players' salaries are catered for.

"Don't expect to hear about any arrears. All the player salaries for 2017/2018 have been covered. In fact we agreed that the players will receive their monthly salary on 25th of every month," noted Kiwanuka during an interaction with fans on Friday at Muteesa II Memorial Stadium in Wankulukuku. 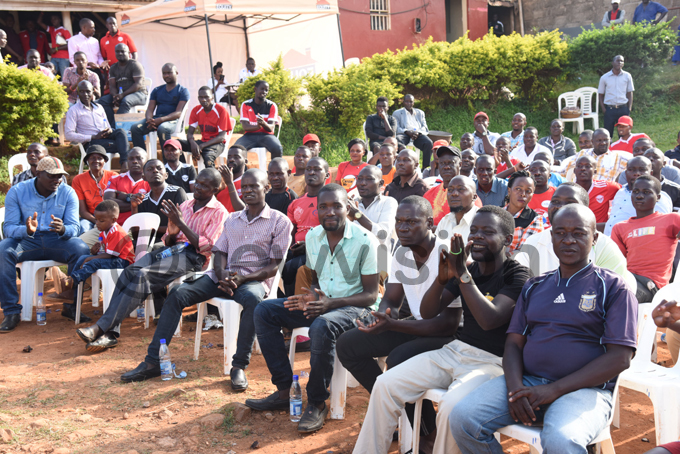 Express F.C fans at launch of the  anti hooliganism campaign

The campaign was code named "Mukwano Gw'abangi Ndiba Yokka". The motive behind this campaign is to sensitise fans on the importance of non-disruptive support of the club. 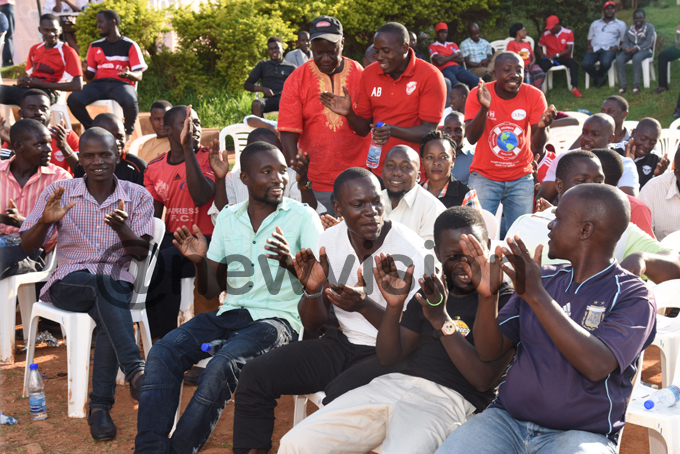 Express F.C fans at launch of the  anti hooliganism campaign

At the same gathering, the club executive board as well as advisory council were introduced to the fans as a way to improve the relationship between both parties.

Uganda named among safest places to visit despite COVID-19 pandemic