“The death of ASP Kirumira has really created a big gap in the Police force service," says the Uganda People's Congress.

“The death of ASP Kirumira has really created a big gap in the Police force service," says the Uganda People's Congress.

The party on Wednesday described the fallen Police officer as "son, father and a true nation servant".

In a statement read to journalists by the national chairman, Lawrence Okae, at a weekly briefing, Kirumira was hailed for having done a good job in his profession.

"The death of ASP Kirumira has really created a big gap in the Police force service and he will be remembered for his tremendous work in reforming the police," the statement reads in parts.

The 35-year-old former officer in charge of Nansana Police Station was gunned down on Saturday near his home in Bulenga.

A female friend, Resty Nalinya who was with him in his ill-fated car, was also murdered.

Senior Principal State Attorney Joan Kagezi and over a dozen Muslim clerics were also killed in the same manner: by assassins on motorbycles. 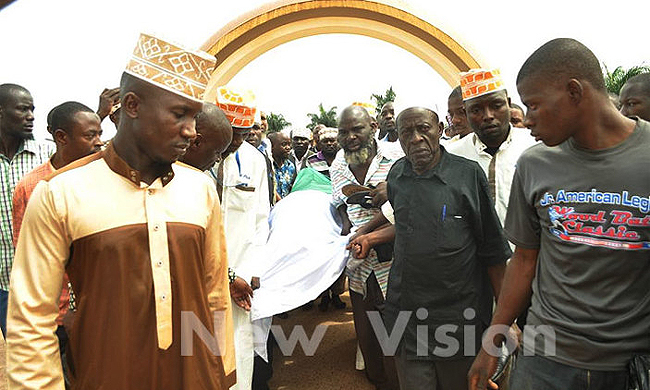 Meanwhile, Okae also hinted on the International Day of Democracy 2018, which is due to be celebrated on September 15 (this Saturday) and wondered whether Ugandans were participating in democracy or on the boundaries.

"Democracy cherished worldwide is the art of managing mankind, drawing their consent, participation and action for the common good of a given citizenry. That is why it is called democracy of the people, by the people and for the people", he said.

According to Okae, several elections have been carried out in the country and depicted as democratic, but have been contested and others characterised by violence and involve loss of lives.

"Court records have also proved there are contestations, and resultant demonstrations we keep, such as defiance and people power arise primarily because people's aspirations regarding democratic practices are not met," he explained.

Okae told reporters that UPC believes this year's celebrations will be meaningful when "we as citizens realise the ned to co-exist among each other, explore the virtues embodied in the power of dialogue, reconciliations with a view of bringing the nation to a desired democratic process and move as a united peaceful country," he said.

Bid invitation from Office of The Prime Minister