MENU
Dance off finale: who will take the crown​?
Previous Story

One of the stages at the Nyege Nyege festival. (All photos by Nicholas Oneal)

LIFESTYLE
Jinja- If there is one thing Nyege Nyega teaches a first time festival goer, it is that beds are overrated and, for a weekend of nonstop partying, unnecessary….Sleep, after all, is just a waste of a short precious life.
Kampala, Nairobi, Kigali, Kinshasha, Bujumbura and other surrounding capitals emptied all their party animals onto the shores of the Nile in pum pum shorts and dancing shoes for four days of nonstop partying.
Nyege Nyege means the irresistible urge to dance and each time the urge to blink off into snoozeland creeped in, the urge to dance overpowered it, keeping revellers moving their bodies uncontrollably.
The cocktails, with names such as "Muzukulu" and "Lokodo", reflected the naughty spirit behind the festival - poking fun at whoever attempts to spoil the fun. For those who have never been to Nyege Nyege, just imagine all the entertainment spots in your area - say, all the bars on Acacia Avenue - in one large enclosure, except without those stiff rules of "no shorts and sandals allowed". No one judged those who spent the weekend dancing barefoot and bare chested. There were five stages strewn all over the venue playing music at the same time and music lovers were spoilt rotten for choice.
Festival nomads from around the world - Germany, Israel, the Netherlands, the UK, France, South America, flocked the event to celebrate art with African roots…. from traditional folk music, to contemporary hip hop, dancehall and electronic dance music, from graffiti and body art to canvass painting.

The event was graced by celebrities such as Urban TV's Denzel, Swangz Avenue's Benon, rapper Navio, The Hostel's Nabwiso, Navio, Vince Musisi and Gaetano who let loose and had a wild time. Celebrities  from Kenya such as Nazizi, Shappa Man from Camp Mulla and rapper Monski also wilded out. There were several food points offering a vast array of foods, serving delicacies ranging from local rolex to Japanese sushi. 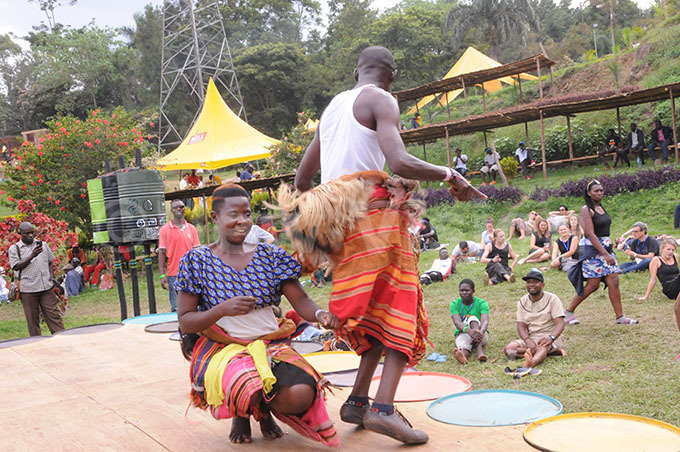 Traditional dancers entertaining fans at the festival
There was heavy military presence, with Police and soldiers crawling all over the place, hunting under every tent for a long list of things that had been banned thanks to Lokodo. But the law enforcers only managed to ‘arrest' a few waterpipes of shisha.
Trust the organisers of Nyege Nyege to derive humour from even this bizarre list of "do nots', at the entrance they stressed that, among many other things, sexual activity with animals was prohibited, except for chicken breasts and thighs. The Lokodo ban, in fact, had the inverse effect of popularising the event, making it a ‘must-attend-and-see-for-yourself'. 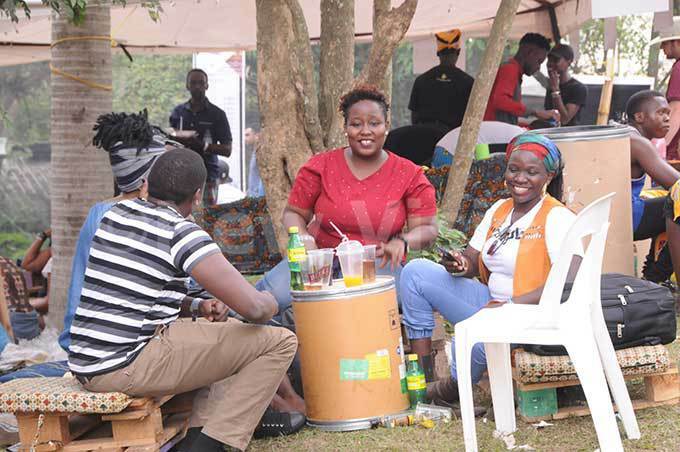 The festival also gave fans a chance to sit, relax and chat
Unlike in the past when the event was dominated by whites, Ugandans flocked in large numbers this time and were still flowing in long past midnight. The long weekend, which started on Thursday, flashed by in a blur and before anyone knew it, we were watching the golden rays of the sun stream in through the mist over the Nile on a Sunday. 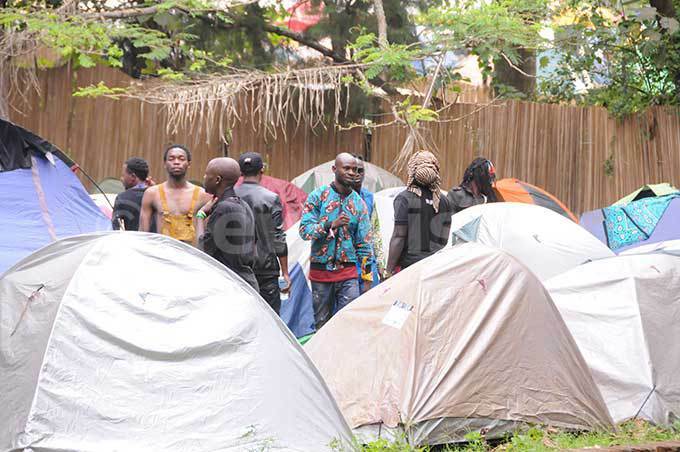 Revelers camped at the venue 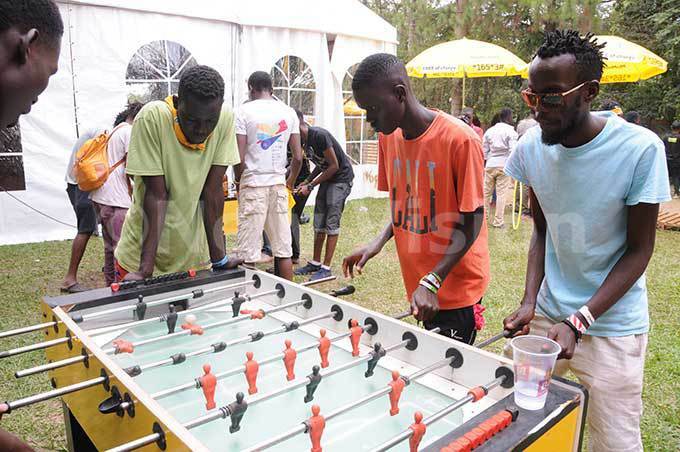 Bid notice from Ministry of Trade, Industry and Cooperatives