A contest of several missed chances sees the Uganda Cranes held by the Taifa Stars in an East African derby in Kampala.

A contest of several missed chances sees the Uganda Cranes held by the Taifa Stars in an East African derby in Kampala.

KAMPALA - Uganda have yet to win a competitive game under Sébastien Desabre, after the Frenchman's side was held by Tanzania in a 2019 Africa Cup of Nations qualifier at Mandela National Stadium.

Desabre, who has been in charge of the Uganda Cranes since December 2017, cast a frustrated figure in the dying minutes of an end-to-end tie on Saturday, as chance after chance went squandered.

His side, failing to brush aside a resilient Taifa Stars at home, however remained top of Group L after two games on four points.

But that could change on Sunday when the other group teams, Lesotho and Cape Verde, face off for their second round game.

If Lesotho beat Cape Verde with more than a goal, the southern African kingdom will climb to the summit of the group and Uganda will slip to second place by way of goal difference.

For now, Uganda will have to ponder on the outcome of a contest which, on paper, had appeared would go their way. The Cranes are hard to overcome at home, and following Saturday's goalless result, it is the Tanzanians who should be more contented with the point.

Should the Cranes have tucked this one away? Yes -- going by the level of profligacy that the likes of Emmanuel Okwi and Joseph Ochaya put on show.

As soon as Gabonese referee Eric Otogo-Castane's whistle whirred inside the unfilled stadium, the hosts were out of the blocks, even getting a freekick as early as the second minute.

And while Hassan Wasswa failed to connect Farouk Miya's in-swinger, Uganda continued to boss possession on a soggy turf following an afternoon downpour.

This early dominance was illustrated by two more freekicks inside the first ten minutes, with Simon Msuva an offender. 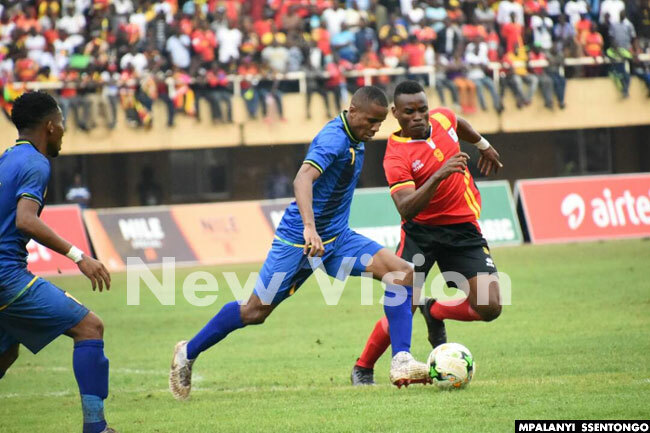 Emmanuel Amunike's side took a while to settle in, but Aggrey Morris' attack in the 11th minute did well to shake the home defence.

It was also a timely reminder for the Cranes that there was no room for pleasantries.

Msuva and Thomas Ulimwengu often linked in the attack to inject shots of nerves within the Ugandan back. On the other end, Okwi was guilty of wastefulness, once failing to beat Tanzanian keeper Aishi Manula.

A series of uncharacteristic misses by Ochaya, deflections and a Nicholas Wadada foul on Belgium-based forward Mbwana Ally Samatta that earned him a booking all featured in the opening minutes.

The visitors enjoyed a good spell towards the break, but no meaningful chances could be converted. 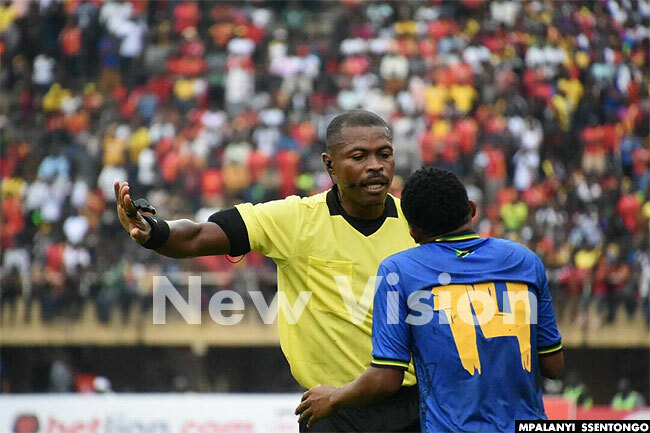 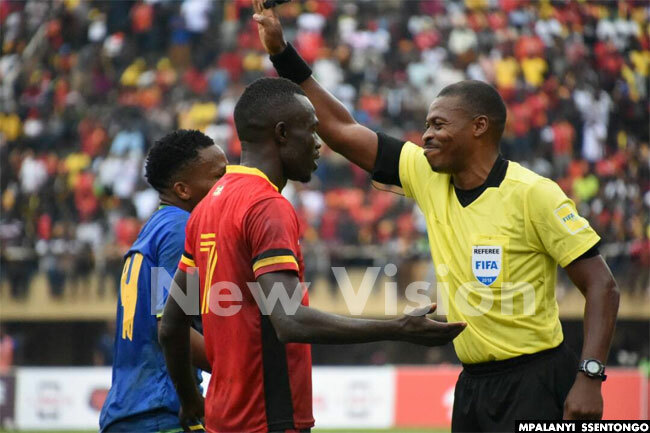 Saturday's contest would have registered as yet another victory for either side, but with a number of opportunities wasted after the interval, it ended up being a fourth draw in the competition in this East African duel.

Defender Murushid Jjuuko was the second player to be booked in the game, before Samatta and Hassan Kessy evened the score with two bookings within three minutes of the other midway into the second half.

Ochaya, who had a lacklusture game, was taken off and replaced with Patrick Kaddu 23 minutes before time, as Uganda searched for a breakthrough.

But the visitors had other ideas.

Ulimwengu had the ball in the back of the net in the 69th minute after an industrious run, but the referee had already blown for a freekick to Tanzania near the edge of the box.

Should the official have played advantage here? To the Tanzanians, definitely yes. To the Ugandans, of course not.

The resulting take from the freekick was so deceptive that it kept Cranes keeper and captain Denis Onyango rooted to the ground -- beaten, but lucky to have the ball not in the back of the net.

Ulimwengu then came face to face with the South Africa-based goalie, but failed to beat him, as the Taifa Stars shone brightest with menancing attacks for a game-changing winner. 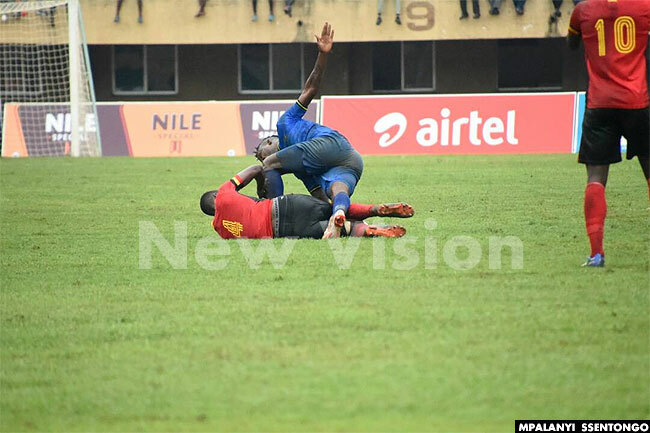 The game was laced with a good measure of physicality 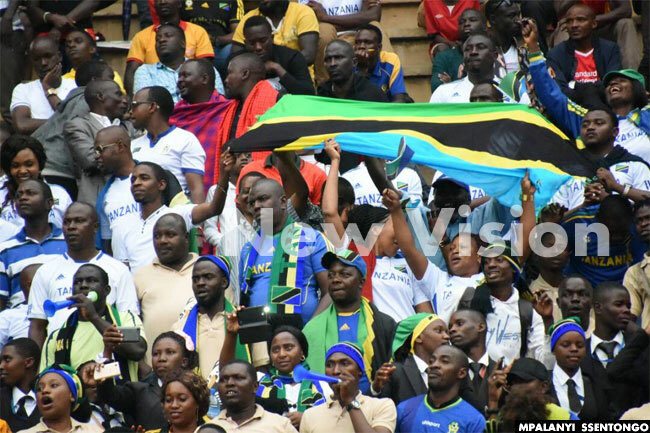 Despite being outnumbered, the Tanzanian fans remained resolute, and willed their side on 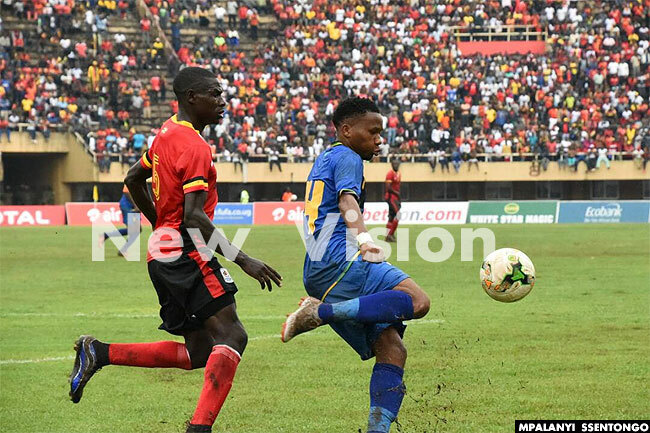 Four minutes after Miya missed a glorius opportunity, the visitors took off Egypt-based Himid Mao and brought on Frank Raymond Domayo, who plays for Azam FC.

From then on, it was to-and-fro traffic, but even with four minutes of stoppage time thrown into the mix, a goal remained anonymous. The spanner had already been thrown into the works.

In round three of Group L qualification, Uganda will look to consolidate their chances in the group with a home tie against Lesotho the day after Independence Day -- on October 10.

Meanwhile, Tanzania will again be on the road, with a clash against Cape Verde the same day.

The mood before the game 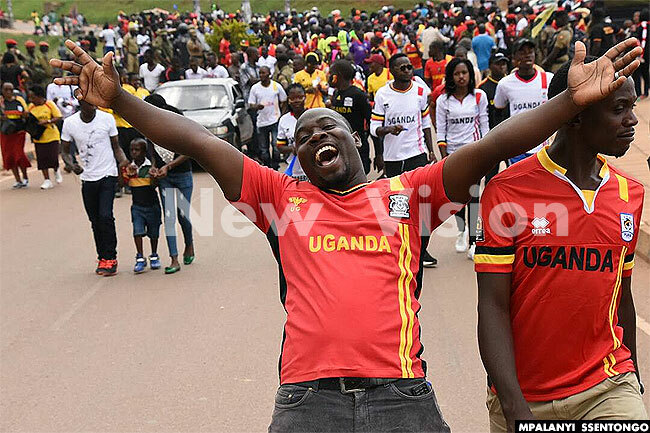 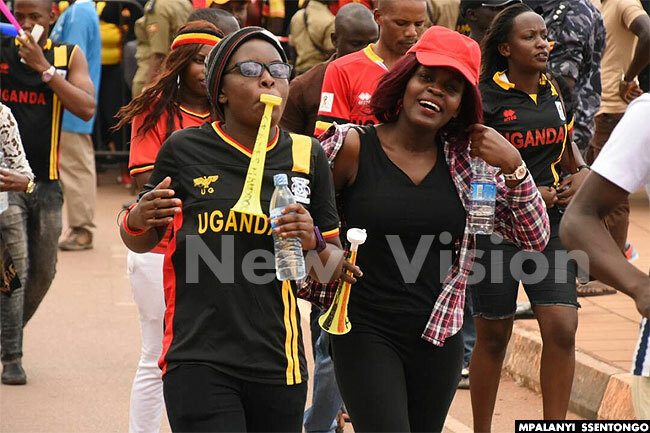 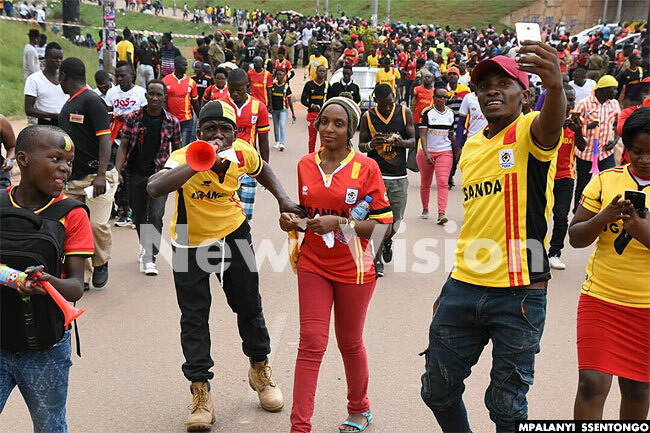 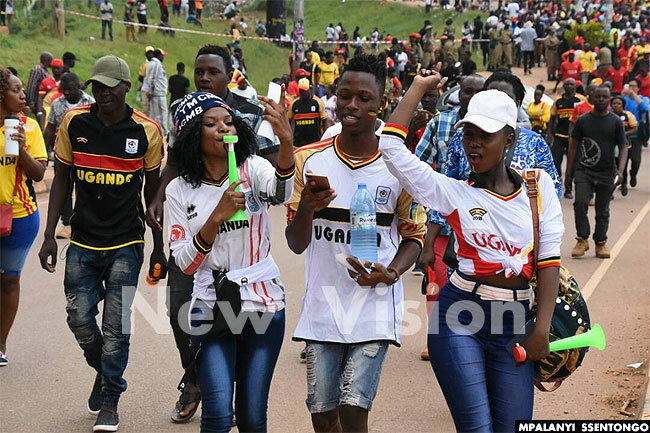 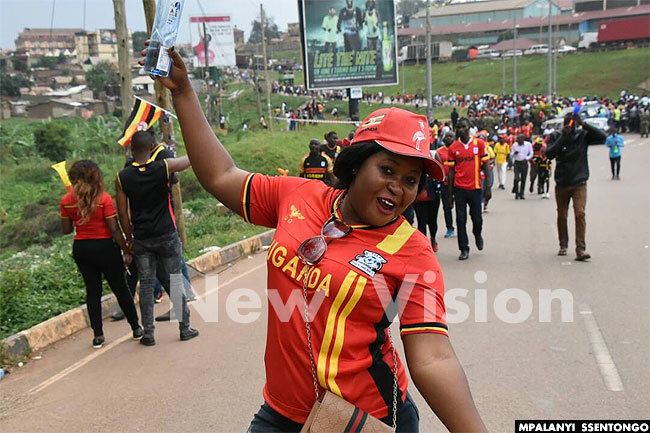