Ssebunnya tells journalists that many young people admire them and even regard them as their stars, which was why they need to be prudent in what they do and say.

Ssebunnya tells journalists that many young people admire them and even regard them as their stars, which was why they need to be prudent in what they do and say.

PIC:  Ssebunnya looks on as auntie Jovita Ajuna the editor of Toto magazine shows the Holy Infants Oratorio children from Rubaga Cathedral some of the children's products at Vision Group. (Credit: Mathias Mazinga)

KAMPALA - The Chancellor of the Metropolitan Archdiocese of Kampala, Fr Dr Joseph Mary Ssebunnya has asked journalists to be balanced in their reporting.

He expressed concern over the dominance of bizarre news, which he said corrupted the minds of people, in particular the children.

"We highly appreciate your work. You bring to light the many evils that are happening in our society. Many times we even refer to your stories when we are talking to the people.

"But it is also our humble request that you focus even more on the positive events. When you publish and broadcast only the frightening stories, you condition the minds of our people, especially the children, to evil," Ssebunnya said.

He made the remarks during a thanksgiving mass that he presided over during his visit to Vision Group Head office (in Industrial area) on Friday. 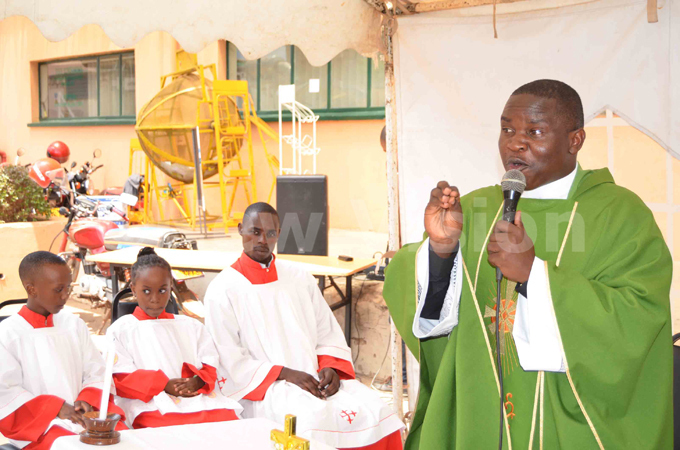 Ssebunnya preaches to the congregation during the mass on Friday.

Ssebunnya further told Vision Group's affiliate journalists that many young people admired them and even regarded them as their stars, which was why they needed to be prudent in what they do and say.

"I know many children who want to become journalists. They admire personalities like Tegusuulwa of the Toli Mwavu fame, Auntie Jovita Toto and Ticatica.

"So, make sure that the young ones admire you because of good things. You are stewards of society. What you do should therefore be aimed at shaping the conscience of society and the country."

The Chairman of Holy Martyrs Choir (from Namugongo Basilica), Francis Muwonge, thanked the Catholic Community of Vision Group for its healthy partnership and solidarity with the choir.

He announced that the choir had inaugurated its silver jubilee year and asked all Catholics to join them as they celebrate the jubilee through the various activities they have lined up. 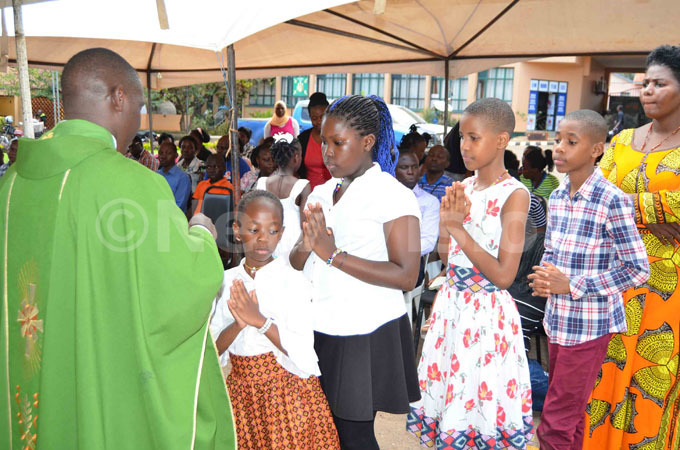 During the same function, Dr Sebunnya announced the Holy Infants Marathon, which will take place at Rubaga Cathedral on September 30.

The chief runner will be Archbishop Dr Cyprian Kizito Lwanga.

Ssebunnya asked Catholics and all Ugandans of good will to support the marathon by buying tickets at only sh10,000.

He explained that the Cathedral's Holy Infants Oratorio is a Catholic Sunday School, which is basically intended to teach children religion and morality in a more appropriate way.

Demo farms: From bottle irrigation to the market

How to become a money economy