A flying kick, a recalled red card and one goal feature in a tie that sees YMCA subject two-time champions MUBS to back-to-back defeats this season.

A flying kick, a recalled red card and one goal feature in a tie that sees YMCA subject two-time champions MUBS to back-to-back defeats this season.

KAMPALA - It is never part of the original script, but it does happen once in a while. And it did happen at Nakawa Thursday evening, when a group of home fans disrupted the flow of the game by mischieviously charging onto the pitch and attacking an unwitting player.

The dramatic episode offered some degree of sub-plot to an entertaing game at a time when the hosts, Makerere University Business School (MUBS), were trying to claw their way back into the contest.

It was the second half and they were trailing -- a goal down -- against YMCA Comprehensive Institute.

George William Ddungu's first-half strike had given the visitors a crucial lead in a pulsating Pepsi University Football League second round tie. And by the time the two sides broke off for a half-time breather, YMCA had, with that slender lead, established some measure of dominance.

Perhaps sensing that his side was headed for another defeat against the same side in the same season, an undoubtedly frustrated MUBS fan could hardly contain his disappointment, and stormed onto the pitch with a flying kick targetted at a YMCA player.

Hot on the heels of the pitch invader were two others, who, in a lopsided battle, launched a vicious attack on the hapless lad wearing shirt number three.

Despite being outnumbered, the victim did attempt to shield himself from his marauding effervescent off-pitch opponents as play was brought to a brief halt to quell the mischief.

Soon, the offenders were forced off the pitch and normal proceedings resumed. 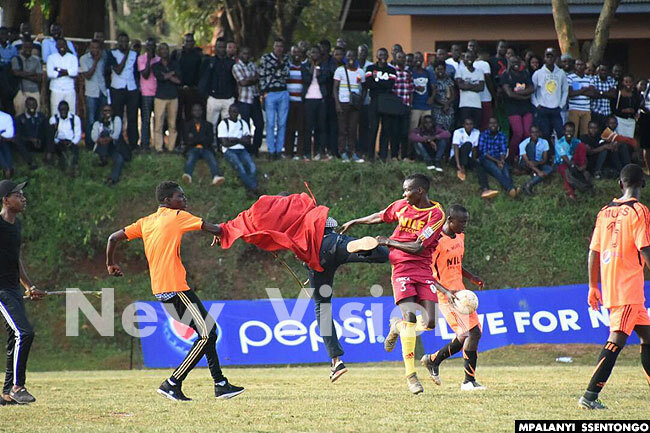 One of the pitch invaders, wearing a university gown and denims, replicated a stunt many of us see in action movies, as his target tried to avoid the clumsy flying kick 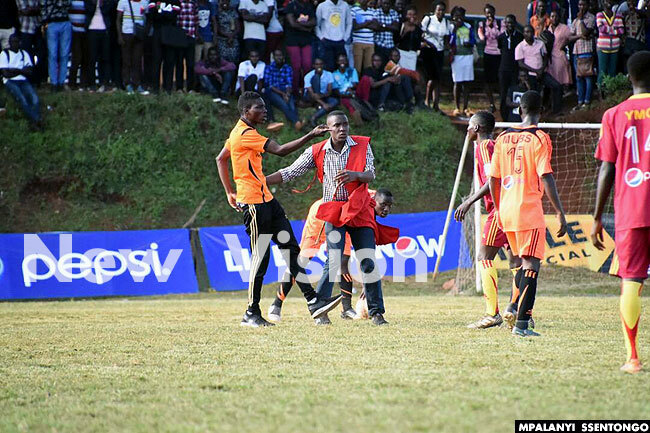 Visibly irate over God-knows-what, the other attacker launched some verbal assault towards the victim as he gesticulated in pure animation

But the game was never short of more drama.

Pitch invasion aside, the crowd was treated to yet another episode when the referee rescinded a red card he had shown a YMCA player.

There were protests from the away side as soon as the official pulled out a red card and flashed it in front of their own. The spirited pleas of innocence then forced the referee to trot to the linesman for consultations.

An aura of anxiety ensued -- one akin to the nervy VAR moments in the World Cup 2018.

Once done with the brief meeting on the sidelines, the referee jogged back onto the pitch and signalled he had recalled his initial decision. YMCA were spared the numerical disadvantage. 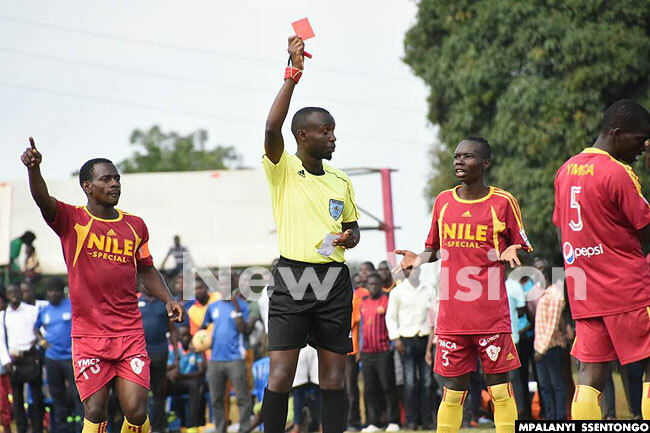 MUBS coach Charles Ayiekoh had said in the buildup to the game that his lads needed to be more clinical in front of goal -- a quality the two-time champions have struggled to summon this season.

They came into the game second-placed in Group C on five points from four games while YMCA were third on four points -- but having played one game less.

But Ayiekoh watched from the sidelines as his side squandered chance after chance in front of the visitors' goal as they searched long and hard for a leveler after the restart.

Once, a goal-mouth scramble should have been dealt with by the home attackers, but a blend of proglicacy and zero precision was their undoing. Another time, the YMCA goalkeeper had to draw from every corner of his mental reserves to instinctively stop a fierce header right on the goal line.

"We have been playing fairly well, but our problem is finishing," Ayiekoh said ahead of the match.

Again, his side's hopes of progressing to the knockout stage of the competition were dealt a huge blow as Allan Katwe's YMCA held on for a vital away win to brighten their own fortunes by climbing into second place on seven points.

They beat MUBS by the same margin in the first round in Buwambo, and are now one point behind leaders Kyambogo University, who need only one point in their last two group games to progress.

While MUBS slid to third place, Mbarara University of Science and Technology (MUST) remain rock-bottom on one point from three games so far.

The top two teams move on to the knockout stage. 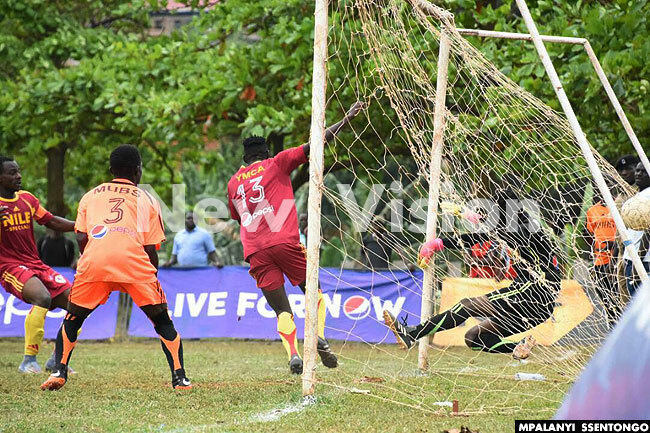 In the 23rd minute, George William Ddungu netted what would be the only goal of the game 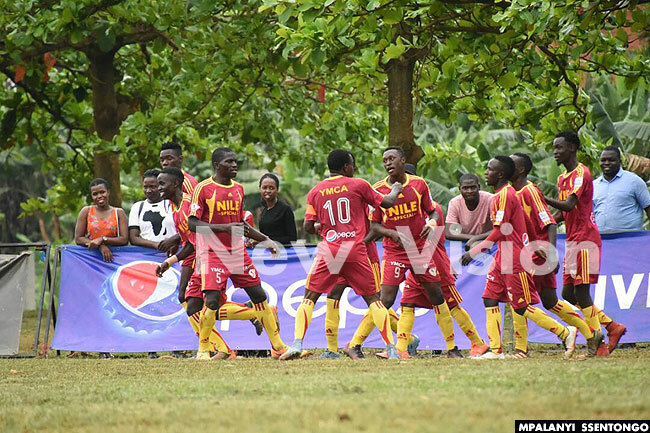 From then on, YMCA were on course for back-to-back victories against MUBS, having beaten the former champions at home in the first round 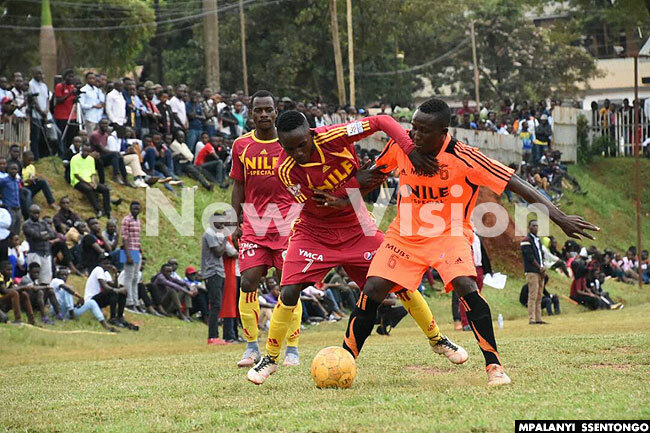 An intense game played out in front of a large crowd 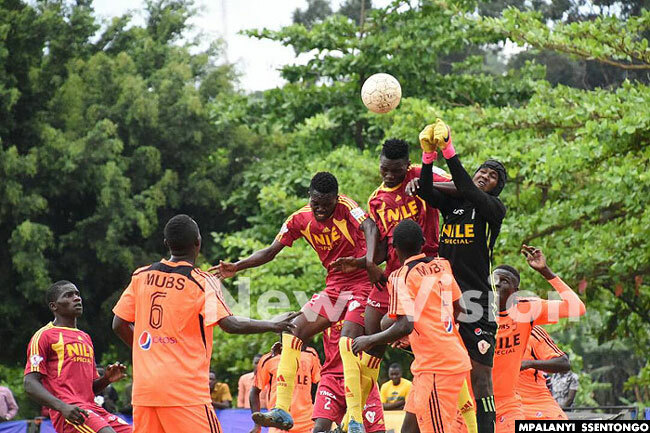 Several opportunities were squandered. But then, a number of good saves were made 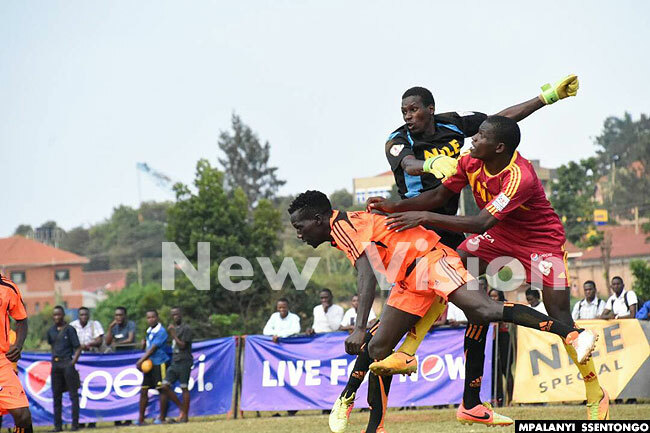 Rugby Cranes in race to be fit

Ddumba lined up for first cap on Saturday

Ddumba lined up for first cap on Saturday