Archbishop Lwanga upset over people who work on Sunday

It is embarrassing for people who never respect Sunday as God’s day to think of making money.

It is embarrassing for people who never respect Sunday as God’s day to think of making money.

The Archbishop of Kampala, Dr Cyprian Kizito Lwanga, has expressed concern about Christians who have turned God's day (Sunday) into a working day.

Lwanga said some people have reached on extent of not going to Church on Sundays and prefer going to work.

He said: "God gave us six days to work. He set aside only one day; Sunday a day for prayers, but many people have rejected it, which is bad."

Archbishop Lwanga made remarks during the celebration of 119 years of Our Lady of Assumption Catholic Parish Mitala-Maria in Mpigi district on Wednesday.

He said: "It is embarrassing for people who never respect Sunday as God's day to think of making money."

During the same Mass, the Primate also joined 15 couples into holy matrimony as the parish celebrated 119 years of existence. The cleric appealed to the congregation to remain devoted to their faith. 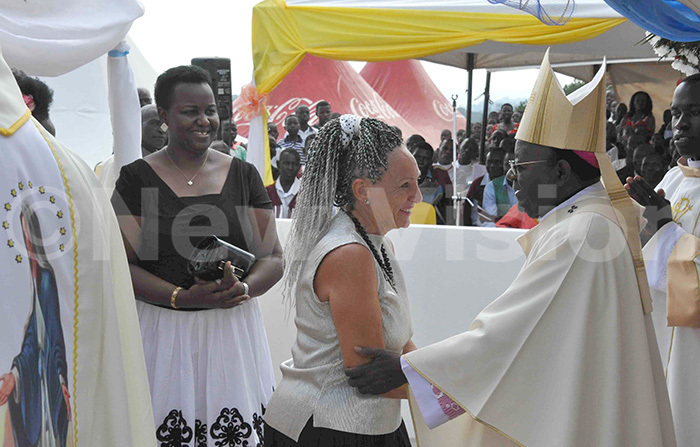 The function was attended by hundreds of Christians and non-Christians from 27 sub-parishes from the same parish and other guests from the neighboring parishes.

"Married couples should be faithful, respectful, honest and always apologetic to each other in case of a misunderstanding so that they inspire many to emulate them," he said.

The prelate asked the couples to always wear their rings.