In a statement the ministry underlines that HPV vaccine is very safe and effective and boosts the body’s immunity against HPV infection.

In a statement the ministry underlines that HPV vaccine is very safe and effective and boosts the body’s immunity against HPV infection.

PIC: The primary target group in most of the countries recommending HPV vaccination is girls aged 9-14. (Getty Images)

KAMPALA - The health ministry has dismissed reports that the Human Papillomavirus (HPV) vaccine is dangerous to girls.

Social media was awash with claims that the vaccine, which was introduced by the government in 2015, has a contraceptive component that can cause infertility.

The reports said it had been banned in many parts of Europe, the US and other places.

In a statement on Thursday, health minister Jane Ruth Aceng said the allegations are false and unfounded.

"The HPV vaccine was first licensed for use in 2006 across the world. Studies conducted so far demonstrate that the vaccine is safe and effective," the statement said.

"The WHO reports that rapid reductions of up to 90% in HPV infections and genital warts in teenage girls and young girls were registered in Australia, New Zealand, Belgium, Germany, Sweden, UK and US. Therefore, the vaccine is safe."

According to the World Health Organisation, the primary target group in most of the countries recommending HPV vaccination is young adolescent girls, aged 9-14.

HPV causes cervical cancer, which is the fourth most common cancer in women, according to WHO. 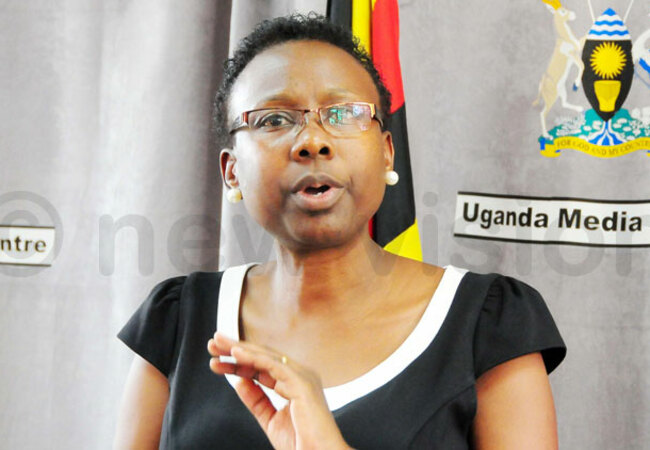 Some of the reports on social media claimed that babies are also given the vaccine and that it also triggers menstrual periods in them. Aceng dismissed this too.

"Menstrual periods in girls are triggered by hormonal actions, oestrogen and progesterone to be specific. In any case, the vaccine is given only to adolescent girls, not babies, and does not have a contraceptive component," the statement said.

The ministry underlined that HPV vaccine is very safe and effective and boosts the body's immunity against HPV infection, thereby protecting a person from cervical and other HPV-related cancers as well as genital warts.

"The ministry therefore encourages all parents/caretakers to ensure that all girls between 9-14years receive this life-saving vaccine, which is available free of charge at all public facilities," Aceng said.

According to the Uganda National Immunisation Schedule, the HPV vaccine is given in two shots. The first, at first contact with the girl, and second six months later. It is administered on the left upper arm.

The WHO recommends that two doses of an HPV vaccine be given to 9-14-year-old girls as a first priority.

Signs and symptoms of cancer of the cervix include pain during sexual intercourse, lower abdominal pain, bleeding during intercourse, inter-menstrual and heavy menstrual bleeding and abnormal vaginal discharge with a bad smell.

Another OPM official pinned over sh316m