"The authors told their stories out loud. We could experience what they feel after reading those wonderful stories," says Chu Maoming, the Charge d'Affaires at the Chinese Embassy in Kampala.

"The authors told their stories out loud. We could experience what they feel after reading those wonderful stories," says Chu Maoming, the Charge d'Affaires at the Chinese Embassy in Kampala.

PIC: The overall winners of the essay competition pose with their framed published articles with Vision Group's Barbara Kaija and the Chinese Embassy's Chu Maoming on Wednesday. (Credit: Mpalanyi Ssentongo)

KAMPALA - The five Ugandans who will travel to China this year for a fully-sponsored trip in the 'My China' Essay Competition are finally known.

They were selected from a pool of 40 weekly winners of the competition that was organised by Vision Group and sponsored by the Chinese Embassy in Uganda.

As many as 1,720 articles were submitted from the time the contest was launched on March 29 until it ended in August.

"Through these articles, our readers, most of whom have not been to China, got to interact with the Chinese people and culture," said Kaija during the final prize-giving ceremony at the Vision Group head office in Kampala on Wednesday.

"These stories are helping us understand China and the Chinese people and their culture better."

Officials from the Chinese embassy attended the function.

As many as 1,283 essays were in English (for New Vision) while the other 437 were in Luganda (for Bukedde).

"We see the values of honesty, friendliness and openness espoused by the Chinese people. We see their love for innovation and the advanced interaction with technology," said Kaija.

"These articles help us, as Ugandans, seek to improve and to make life better."

One of the weekly winners wrote about the Chinese Government sponsorship to Ugandan students.

Joseph Kivumbi, now a student at Makerere University, had wanted to study in China during his A'Level. He applied for a scholarship at a Chinese university, but did not secure it. Some of his friends, who had applied for the same opportunity, did get the scholarship.

From then on, interestingly, it inspired Kivumbi to write stories about the opportunities that China provides to, especially, Ugandans. And he has been doing that since.

Chu Maoming, the Charge d'Affaires at the Chinese Embassy, represented Ambassador Zheng ZhuQiang at the ceremony. He congratulated the winners on their success and thanked Vision Group for organising the contest.

He paid glowing tribute to the "wonderful" pieces put together by the participants.

"The authors told their stories out loud. We could experience what they feel after reading those wonderful stories."

According to Maoming, the stories are "real and the China-Uganda friendship brought out in them is "profound".

Chu Maoming, the Charge d'Affaires at the Chinese embassy, hailed the response to the competition as having "exceeded our expectations"

Of the 40 winners since the inception of the contest, 21 were in English and 19 in Luganda.

Each article that came through was scrutinised by a co-ordinated team from the embassy and Vision Group.

The overall winners for the trip were selected by a panel of four people: Ambassador ZhuQiang, Kaija, Vision Group CEO Robert Kabushenga and New Vision senior journalist Taddeo Bwambale, who has vast experience in China.

The winning essays underwent a forensic examination for originality and quality.

Their authors will fly to China in November to learn more about the development and people of China, Maoming said.

The top winners had their published articles framed 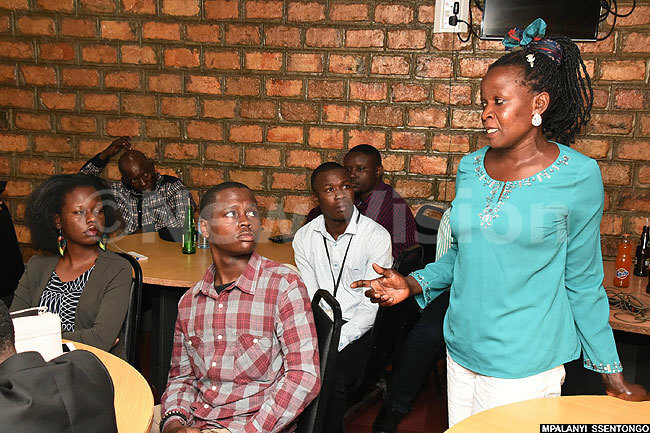 Racheal Mulowooza Nice from Iganga district, one of the weekly winners, told of our interacting and working with the Chinese here in Uganda changed her life

China is the second-largest economy in the world, behind the US. And as the Asian economic giant continues to rise, it is keenly establishing a stronger footprint on the African continent.

China's ties with Uganda are growing by the day in various contexts, including infrastructure, business and education.

Last Saturday, 69 China-bound Ugandan students were flagged off at the Chinese embassy in Kampala. They are beneficiaries of the Chinese Government Scholarship 2018/19 programme for Bachelor, Master and Doctoral degrees.

About 500 Ugandans are known to take short-term training courses in China every year.

Meanwhile, one event that is hoped to elevate the China-Africa partnership even higher is the Beijing Summit of the Forum on China-Africa Co-operation (FOCAC) that is due early September.

President Yoweri Museveni is expected to meet his Chinese counterpart Xi Jinping at the summit -- and discuss China-Uganda ties.

Maoming said that the FOCAC Beijing Summit has turned into a "well-known brand of China-Africa co-operation".

Describing Museveni as a "true friend of China", the Chinese official believes the Ugandan leader's attending of the summit will "further promote our friendship".

"It is my sincere hope that more and more Ugandans would learn more about China and tell their own China stories," he said.

Maoming parted with an encouraging shot. "This year's [essay] competition is just a good start. We will continue the competition next year."