Zero tolerance: no safe level of alcohol, ...
Next Story

KAMPALA - Micheal John Schauffert (Wasswa) and Daniel David Schauffert (Kato) are a rare set of twins any mother would wish to have.

For Naloongo (mother of twins) Janet Munyanziza Schauffert, her 11-month-old twins are the best thing that ever happened to her.

Even at her tender age, Daniel has the wisdom to let his brother breastfeed alone whenever he is sick.

"Instinctively, Daniel leaves Micheal to breastfeed, as if he could tell it is proper for him to suckle more each time he falls sick," says Munyanziza.

Andrew Schauffert and his wife, who reside in Kitende in Wakiso district, were excited when they were told they would get twins. The couple had reported for antenatal care at Le Memorial Medical Services in Kigo.

“My first antenatal visit was when I was one month pregnant and this is when the scan revealed that I had twins.

"I went silent for a moment, then asked whether it was only one set of twins and not more than that, to which the doctor confirmed they were twins,” Munyanziza recalls. 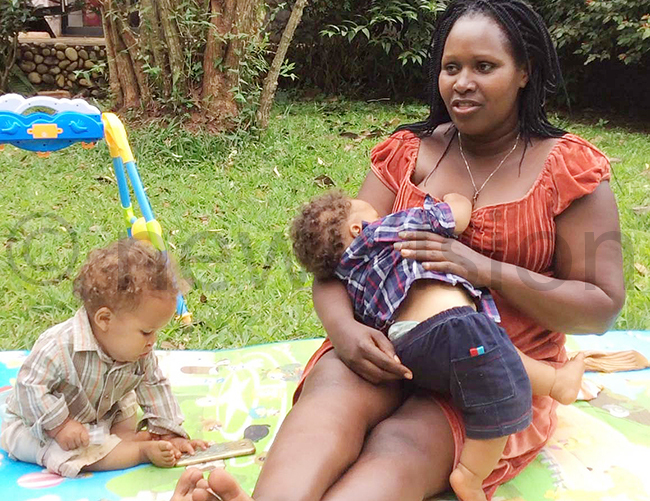 Munyanziza breastfeeds Micheal while Daniel plays as he leaves his brother to breastfeed. (Credit: Petride Mudoola)


When she broke the news to the people at home, everyone but her only daughter was delighted. Well, she had wanted the twins to be girls -- not boys, as the scan had revealed.

“Although scan results revealed that the twins were identical, I love them the way they are. I was not crazy about twins, but now I understand why people are crazy about them," says Naloongo.

While Micheal has thick dark hair and big eyes, Daniel is the direct opposite -- with brown hair and small eyes. 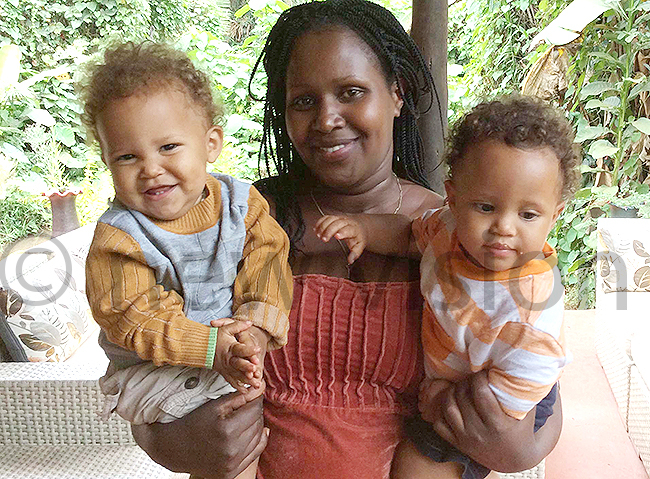 Their mother says the pregnancy had no complications, but it was the hardest Caesarian she has ever had.

“It wasn’t easy for me because after the Caesarian, I began shivering. Worse still, I started coughing yet cough and Caesarian do not match.

"I was scared and thought I was going to die, but I was given some medication to calm down the shivering,” adds Munyanziza.

The twins would cry at once but the best option was to breastfeed them at the same time.

Every time they cried, her husband would lend a hand. Despite the challenges, she is happy that she has double happiness.

Three jailed for 39yrs over over murder of British national