Doctor Love: Before you accept that gift, ...
Next Story

Twins festival to support the underprivileged

This Sunday's Kampala Twins Festival will give a chance to the twins to give back to their underprivileged counterparts.

The festival, which has been themed Twins Got Talent, is slated to take place on August 26 at Mandela National Stadium, Namboole in Wakiso district.

Vision Group's Penelope Nankunda appeals to all those planning to attend the festival to carry items to donate to the underprivileged twins.

"In the past, we have had twins say ‘come together, enjoy the twins' day' and that was all. But they needed something more — so we have added the donation activity to the day," Nankunda says.

"For the adults, we shall have games that remind you of your childhood. The games will include tug-of-war involving the twins, three-legged race, sack races and dodge ball," says Vision Group's Hajara Batuuka. There will also be an extreme adventure experience.

"We have partnered with Adventure Park Busiika, so they will bring for us activities for extreme adventure. To take part, there will be a coupon in Sunday Vision, which enters participants into a draw, in which they will be able to win a chance to participate in obstacle races in the adventure area," Batuuka says. 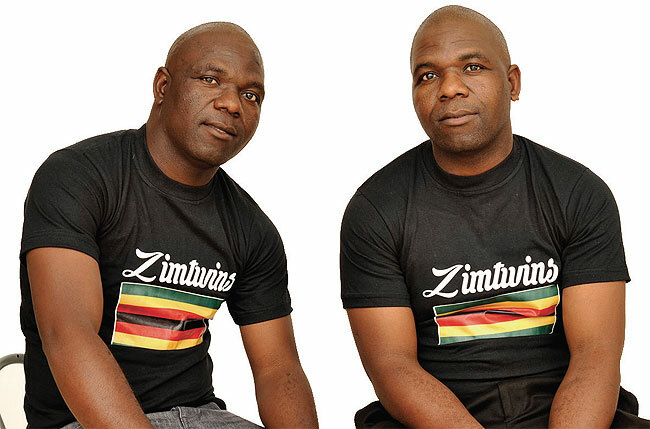 Zimtwins: Gift Petro and Pachawo Petro (aged 22) will arrive in Uganda Friday to grace Sunday's Kampala Twins Festival. The pair is here on behalf of the Zimbabwe Twins Foundation, an organisation representing all the twins and multiple births in Zimbabwe regardless of race, religion, political

There will also be a health camp, where people will be able to ask medical practitioners health-related questions, and even have checks such as that for blood pressure done.

There will also be a gaming area, manned by DStv, with interesting computer games.

Participants will enjoy lots of entertainment from popular artistes such as Ykee Benda, Vinka, as well as the Dance and Beats Cultural Troupe, which will showcase dances from different parts of Uganda.

"We have also planned an exciting twins' parade, where you will be able to walk around with your twin and show off, while the crowd applauds you," says Batuuka. Nankunda says the festival is for all multiples and their families, and is open to the public.

"Anyone who wants to come see this spectacle of twins should join us there. For instance, we have a family coming that has a set of quadruplets and a set of twins," she says.

"It is a festival with a picnic kind of atmosphere. Come dressed comfortably and interestingly. Carry an umbrella and a mat, and come ready to relax and have fun," she says.

Nankunda also assures the public of security at the event, as the Police and a private security company, SGA, will secure the place.

"At least 6,000 people are expected to attend, so the festival was moved from Kyadondo rugby grounds where it has always been held, to a bigger venue, hence more space for fun activities," Batuuka says.

The Parliament of Uganda and Post Bank are the main sponsors of the event.

55 years on, it is possible to build our nation

Turkish ambassador's speech during the Republic of Turkey's 91st Anniversary