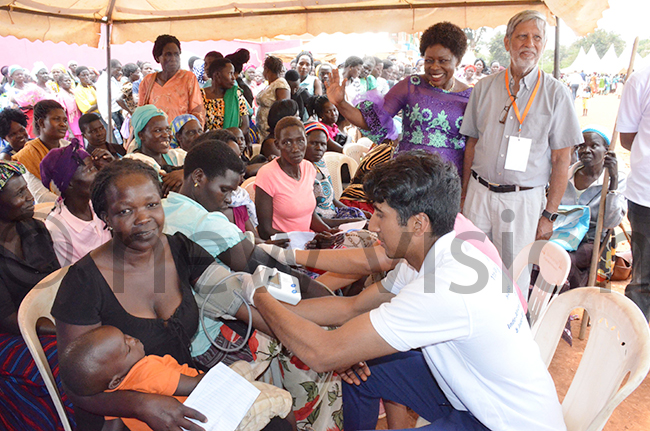 ACHOLI - Over 16,000 people from across Acholi subregion have received free medical care from various ailments during a one-week health camp at Pece Stadium in Gulu town.

Indo-Africa Charitable Society is a charity organisation formed by Vasant Lakhani, a Ugandan of Indian origin.

Lakhani left the country and went to Canada due to political and economic uncertainties during Idi Amin's regime in the 1970s.

Addressing journalists at Pece Stadium on Friday, August 17, Lakhaniwho noted that of all the sicknesses treated, malaria tops up the number of cases handled and urged the Ugandan community to support government effort to eradicate it.

He also said that in addition to 25 foreign medical experts he came with, the overwhelming number of patients made them to contact 60 doctors from Uganda and 16 interpreters to help patients who cannot explain their conditions in English.

"We expect the number to go beyond 20,000 patients by the end of Friday," he said; adding that sh6.4m has been spent to refer those whose conditions require operation from Mulago hospital and other bigger medical facilities.

He commended other sponsors for the Programme Businesses including Harree Hardware Uganda Limited, Shree Kucht Satsang Swaminarayan Temple and Indian Association of Uganda for their relentless support towards healing poor Ugandans. 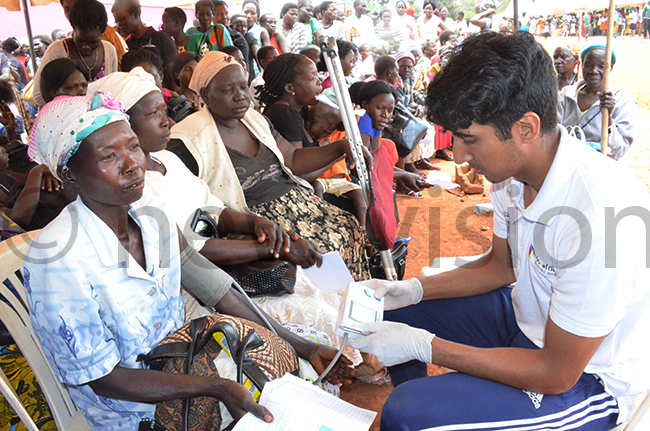 Ruth Acheng, the Uganda High Commissioner to Ottawa Canada urged residents to utilise the opportunity to test for HIV/AIDS and get first class professional advice from the medical experts from Canada.

"I want you to support Mama Janet and President Museveni's vision to eradicate HIV from the country and you can do this by knowing your status and avoid living reckless life that can make you contract this dangerous disease," she said while addressing hundreds of people who turned up for treatment at Pece Stadium in Gulu Municipality on Friday.

She informed the Indo-African Charitable Society that there are high rates of unemployment in the country and urged the charity to extend their support towards promoting vocational training for the youth.

Acheng appreciated the Indian Community in Canada for the great heart they have for Uganda despite the history and circumstances under which they left the country in 1970s.

"I want to appreciate you for loving your motherland because I know the circumstances under which you left the country in 1972 during President Amin's regime were not good," the High Commissioner said.

The resident district commissioner Gulu, Santo Okot Lapolo said many of the diseases treated could be eradicated through promotion of preventive care.

"We can prevent some of these diseases through maintaining proper hygiene in our homes, eating proper diet, desisting from reckless life and eradicating poverty from the community," Okot said.

He noted that the health camp that has seen so many poor people treated for ailments that have tormented them for long should be sustained and extended to the poverty hit rural community.