Ministers offer to quit as Australia polit...
Next Story

President Yoweri Museveni has proposed a select committee of five members from each tribe of Acholi and Madi, coordinated by the Prime Minister Ruhakana Rugunda, to come up with resolutions on the Apaa land conflict within a period of three weeks.

Museveni's proposal follows a meeting he held with the leaders of Amuru and Adjumani districts to harmonise the two districts' geographical boundaries that have caused a social conflict among the Acholi and Madi tribes for the last seven years, leaving a trail of death and destruction among their communities.

During the meeting that took place at Gulu State Lodge, Museveni said the issues of the border of the two districts have to be discussed and resolved, saying that it has been complicated by bad politics in the country, and in the past, during the time of independence, by sectarian lines of religion and tribalism.

"Now come to our situation, I see some elements wasting their time and endangering the people instead of embarking on constructive national development. This issue of Apaa border conflict is a simple one," he said. 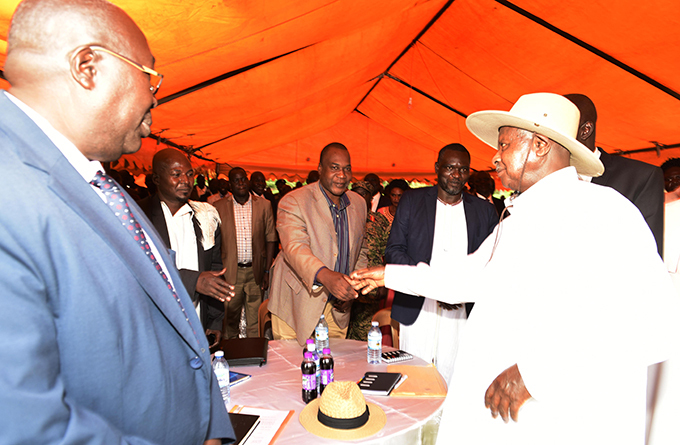 Museveni said that permanent possible solutions are; government to resettle the concerned occupants; degazette and protect the national wild game reserve; or by consolidating the two populations in one part of the area in order to preserve the park.

"This solves two dangers; by making the Acholi and Madi people live together, which is correct and not undermining the existence of the park. These are the three options to the problem. I put them before you and your people. You leaders should entirely agree, speak one language and have a harmonious solution," he said.

According to historical reports, in 1911, the British government drew administrative boundaries between Moyo (Adjumani) and then Gulu district from which Amuru district was carved in 2006. The area around Apaa was by then infested with tsetse flies and the communities in the area that owned land communally and had hunting grounds vacated for health reasons. 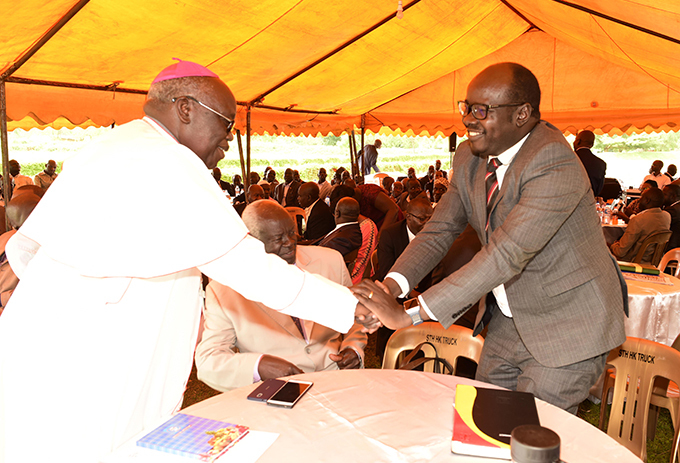 The area was later occupied illegally by people who had lived in the refugee camps during insurgency war of Kony in northern Uganda that was part of the cause of the current problem.

The President noted this should not be a problem, saying that the Constitution stipulates that Ugandans have a right to live wherever they can, citing Bweyale area in Bunyoro that has been occupied by Acholi people who have economically developed the area without social conflict.

Other areas cited where tribes are living harmoniously include districts in Buganda such as Lyantonde, Sembabule, Gomba, Kyankwanzi where the indigenous Baganda and Banyankore have lived together without harm since time immemorial.

Museveni will today address a public rally at Apaa area that borders the districts of Adjumani and Amuru seeking the people's opinion.