PIC: A protestor holds a sign and the American flag outside the US Courthouse in Alexandria, Virginia on Tuesday on the fourth day in the bank and tax fraud case against former Trump campaign manager Paul Manafort. (AFP)

In a drama that played out simultaneously across two US cities, courts found the former aides guilty of eight charges a piece, stemming from a federal investigation into the 2016 presidential election. 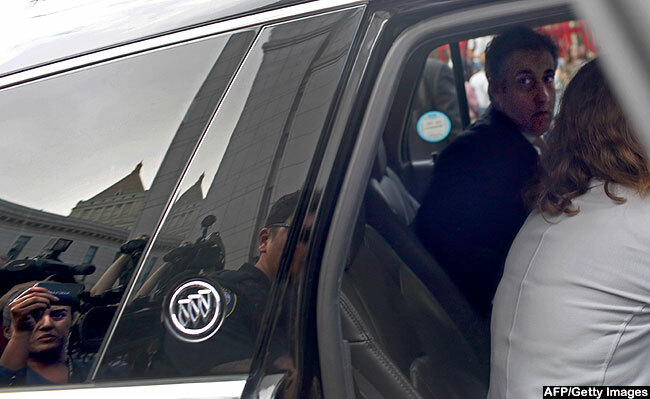 But in a sensational twist, Cohen also pointed to the president -- or "individual 1" as a co-conspirator -- alleging that he acted "in coordination and at the direction of a candidate for federal office."

"I participated in this conduct with the purpose of influencing the election," a visibly crestfallen Cohen told the judge, his voice trembling at times as he addressed the packed courtroom.

That admission put Trump himself in legal jeopardy. And it raised the prospect that a trusted lieutenant is ready to spill secrets, gathered over decades, in exchange for a reduced sentence.

In a statement to US media, Trump's lawyer Rudy Giuliani, reacting to Cohen's plea, said: "there is no allegation of any wrongdoing against the President in the government's charges against Mr. Cohen."

Cohen's lawyer Lanny Davis explained his client's about face after years spent vowing to "take a bullet" for Trump.

"This is Michael fulfilling his promise... to put his family and country first and tell the truth about Donald Trump," said Davis.

"Today, he stood up and testified under oath that Donald Trump directed him to commit a crime by making payments to two women for the principal purpose of influencing an election," the lawyer continued. 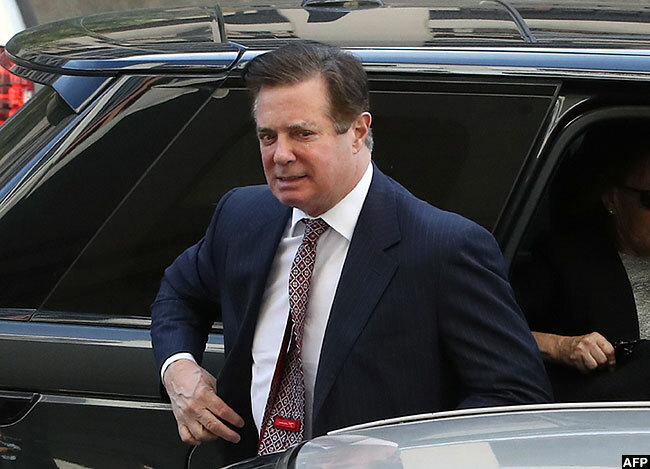 Paul Manafort is seen here in June arriving at the E. Barrett Prettyman US Courthouse for a hearing in Washington, DC 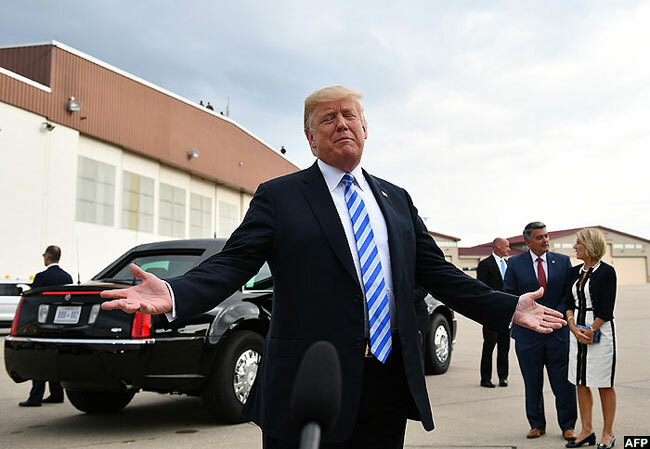 Trump said it is "a very sad thing that happened"

"I feel very sad about that," Trump told reporters as he arrived in West Virginia for a rally, claiming the conviction was part of a "witch hunt" after the 2016 election.

"It's a very sad thing that happened, this has nothing to do with Russian collusion."

Trump also sought to distance himself from Manafort -- who was instrumental in the 72-year-old securing the 2016 Republican nomination.

At the rally Trump made oblique but impassioned comments about Manafort and the Mueller probe. 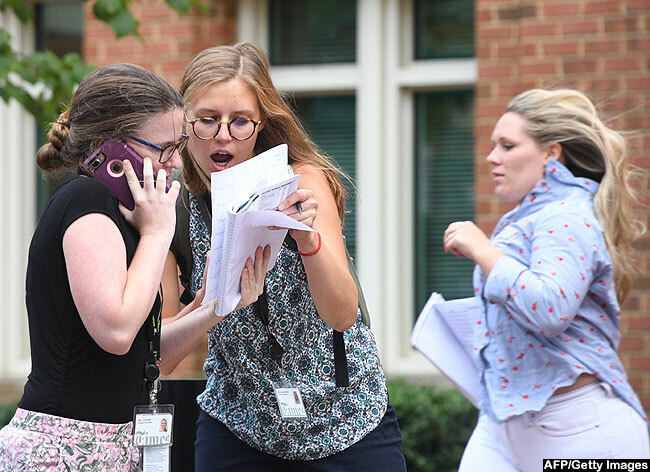 Reporters read verdicts in the bank and tax fraud case against Paul Manafort outside the US Courthouse in Alexandria, Virginia 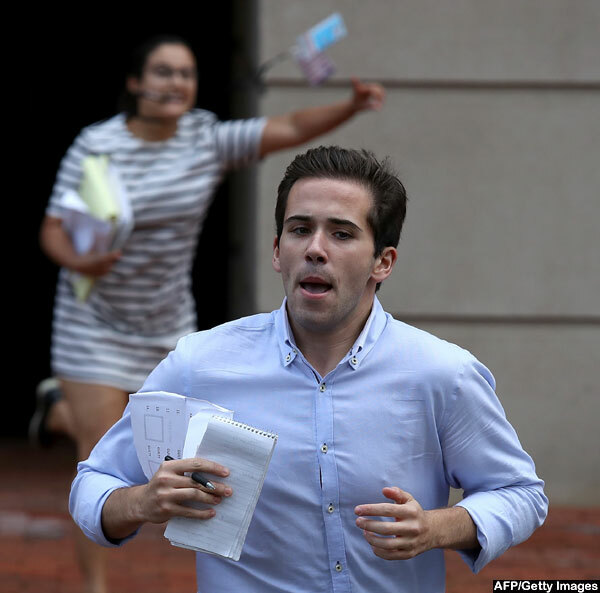 It is Cohen's decision to enter a plea deal that may pose the most problems for the White House.

While it is US legal tradition that the president cannot be tried, the allegation, if proven, will only increase calls for his impeachment.

Questioned by a federal judge in Manhattan, Cohen indicated he had paid sums of $130,000 and $150,000 each to two women who claimed they had affairs with Trump.

Cohen said he made the payments "at the request of a candidate" to silence "information that would be prejudicial to the candidate and the campaign."

In addition to two counts of violating campaign finance laws, Cohen pleaded guilty to five counts of tax fraud and one of bank fraud during the hearing before US District Judge William Pauley.

The federal judge informed the 51-year-old Cohen that he faced a maximum of 65 years of imprisonment, with his sentence set to be handed down on December 12.

The US president had spent much of the day cooped up at the White House, as rainstorms raged outside and the two high-profile legal cases with profound implications for his presidency reached their coda.

At a courthouse close to Washington, jurors spent four days deliberating on the 18 charges against Manafort.

While the jury was unable to reach a verdict on 10 counts, prompting the judge to declare a partial mistrial, Manafort was found guilty on the eight remaining charges.

These included five counts of filing false income tax returns, two counts of bank fraud and one of failure to report foreign bank and financial accounts.

Each of the bank fraud counts carries a significant maximum sentence and the 69-year-old could theoretically live out the remainder of his years in prison -- though a legal expert contacted by AFP predicted his sentence would in reality last less than a decade.

Rema, Kenzo talk for the first time in two months

Kenzo not invited to Rema's introduction