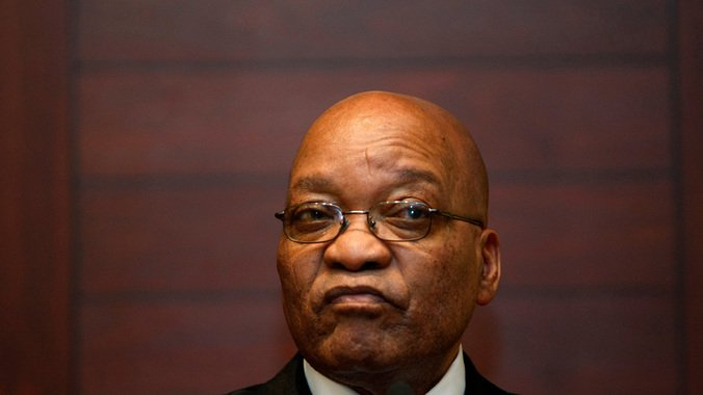 A public inquiry opened in South Africa on Monday probing alleged corruption under scandal-tainted former president Jacob Zuma who is accused of overseeing widespread graft during his nine-year reign.

The inquiry, which could take two years to deliver its findings, is set to hear evidence of allegations that Zuma let ministries and government agencies be plundered for private gain in a scandal known as "state capture".

But on the first day of hearings presiding judge Raymond Zondo, the country's deputy chief justice, complained that the country's spy agency, which was seen as loyal to Zuma, was stalling the probe.

"The State Security Agency had not been able meet our expectations and requests in terms of an expeditious process of security clearance," he said referring to inquiry staff who require clearance to handle top secret material.

He also said that the public response to a plea for evidence of state capture "has been quite disappointing".

"If this commission is to do its job properly, we need evidence," he said.

Much of the probe is expected to focus on Zuma's relationship with the Guptas, a wealthy Indian business family accused of wielding undue political influence.

An earlier report by a watchdog detailed allegations that Zuma helped the Gupta family win preferential contracts with state companies, including huge mining deals, and were even able to choose cabinet ministers.

Zuma himself appointed the inquiry in January on the orders of the High Court, weeks before he was forced to resign from office as criticism grew from within the ruling African National Congress (ANC) party.

Zuma's alleged involvement in multiple graft scandals damaged the party's image ahead of elections due next year.

His successor President Cyril Ramaphosa has vowed to tackle corruption.

Although the inquiry does not have powers to arrest or prosecute, it can refer matters for possible criminal investigation.

"At the heart of the investigation is whether outsiders influenced government or state-owned enterprises for selfish gain," said the commission's lead lawyer Paul Pretorius on the inquiry's opening day.

Pravin Gordhan, a former finance minister now responsible for state-run companies, has estimated that around 100 billion rand ($6.8 billion, 6 billion euros) of state funds may have been looted through corrupt awarding of government tenders.

Gordhan is among those expected to give evidence, along with his former deputy Mcebisi Jonas.

Jonas has alleged he was taken by Zuma to the Guptas' home in Johannesburg where Ajay Gupta said he would be appointed finance minister and paid 600 million rand for acting favourably toward the family's interests.

The local Sunday Times newspaper reported Zuma had been invited to appear -- but the commission's spokesman declined to comment. Zuma and the Guptas deny any wrongdoing.

"I hope that the inquiry gets to the bottom of how the South African state was captured... and what can be done to prevent this from happening again," David Lewis, executive director of South Africa's Corruption Watch organisation, told AFP.

The former president has separately been charged with 16 counts of graft linked to an arms deal from before he became president and will next appear in court on November 30 as the criminal case against him continues.