Skin Samona go top of the pool league
Next Story

Sixteen teams, eight from Uganda and eight Chinese kicked off the round robin competition at the Lugogo Sporting Arena on Saturday August 11, 2018 and the finals were on Sunday August 19, 2018.

Entebbe Geological institute bagged sh1m for emerging overall champions of the competition in addition to a trophy and winners medals.

Bank of Uganda took the men's doubles and the Chinese embassies were winners of the mixed doubles competition. 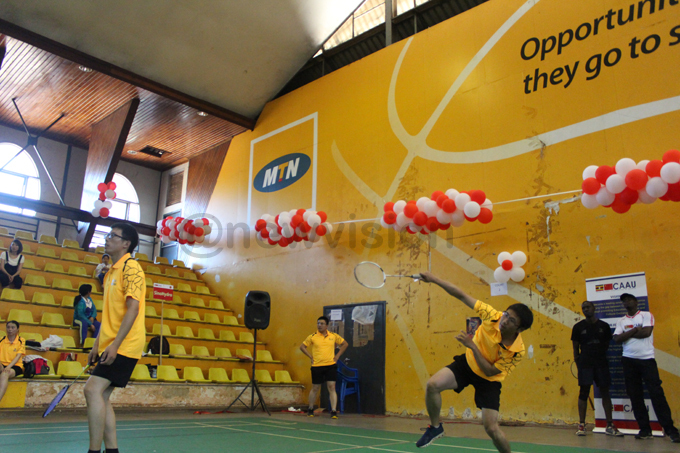 Group B was comprised of Bank of Uganda, Blue Wave, Entebbe Geological Institute and SinoHydro.

Group D was comprised of Bank of Africa, The Chinese Medical team and CNOOC Uganda, Confucius Institute and Stanbic Bank and to complete the competing teams.

The President China Alumni Association in Uganda Bob Felix Ocitti says they hope to turn the tournament into an annual event to strengthen relations between Uganda and Chinese businesses and people.

The inaugural tournament was held ahead of the Forum on Africa China cooperation (FOCAC) Summit to take place in Beijing China next month.

The tournament according to Ocitti is aimed raising the profile of the FOCAC summit which is intends to boost China-Africa relations and in this particular case, China-Uganda relations.

The FOCAC summit arises from a cooperation of 52 African countries, the AU Commission and the Peoples Republic of China.

This is in areas of trade, technology, media, diplomacy, agriculture, culture and people-to-people exchanges.

The last summit was held in Johannesburg, South Africa in 2015. The FOCAC summit will again happen next month in Beijing as China and Africa continues to look at strengthening ties.

Kick out kerosene and switch to the sun