Brain damage: The baby with a sh200m problem
Next Story

Vision Group's Camilla Asiya to be laid to rest today

A mother of three boys, a grandmother, a mentor and a friend to many, Camilla was the smiling face that you met as soon as you walked through the New Vision head office in Kampala.

A mother of three boys, a grandmother, a mentor and a friend to many, Camilla was the smiling face that you met as soon as you walked through the New Vision head office in Kampala.

"Even when  die, I will be smiling in my coffin. I will be in my grave happy because I have planned for my children."

That was what Rose Kamiti recalled her longtime friend Camilla Asiya as once saying.

Kamiti, who was speaking at the funeral service of Asiya at Ntawo village in Mukono district on Saturday, described her fallen friend as having had a "unique character".

Asiya had just started life in retirement after working at Vision Group for 23 years. But hardly two months into her next chapter, she succumbed to anaemia Friday evening at Mengo Hospital.

She will be laid to rest in Moyo district, northern Uganda, today.

A mother of three boys, a grandmother, a mentor and a friend to many, Camilla was the smiling face that you met as soon as you walked through the New Vision head office doors in Kampala.

For years, she had worked as a front desk officer at the multi-media company, and was only recently officially bade farewell with a grand, heartwarming send-off. 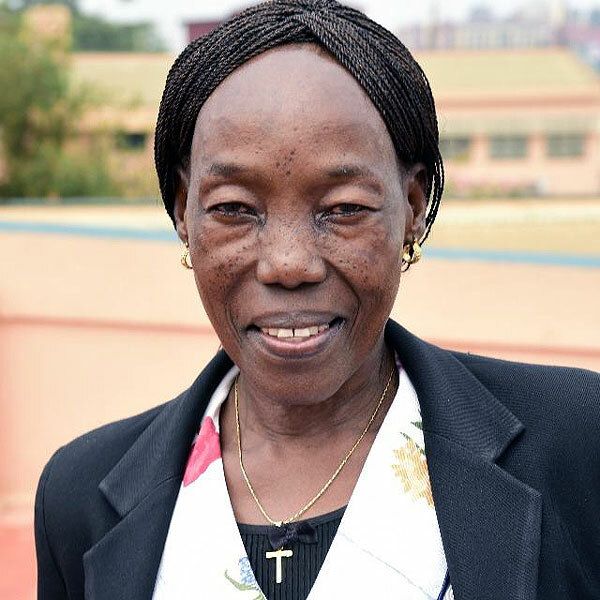 Camilla Asiya had served at Vision Group for 23 years

"She would walk a guest to any office, she did the tiresome work with ease and passion," she said at the funeral service at the home of Jean Tabu, one of her sons.

Camilla's death shocked everyone that knew her. The family had lost one of their own -- Camilla's father -- only two weeks before.

From then on, everything happened so fast.

"When we went for burial in Moyo district, she [Camilla] was fine and strong. She was always a strong woman who had a smile on her face, even in times of trouble," said Max Adii, Camilla's other son.

A day after their return from burying their mother's father, she herself complained of pain and she was taken to Queen's Clinic in Kisugu, Kampala.

Camilla spent a night there and when her health did not improve, they transfered her to Mengo Hospital on Wednesday last week.

"At that time, she could still recognise and talk to everyone. However, she started convulsing. On Thursday night, she started bleeding and coughing severely," Adii added.

Their mother passed away a few minutes before 10pm Friday.

The autopsy report indicated that she succumbed to severe anaemia. 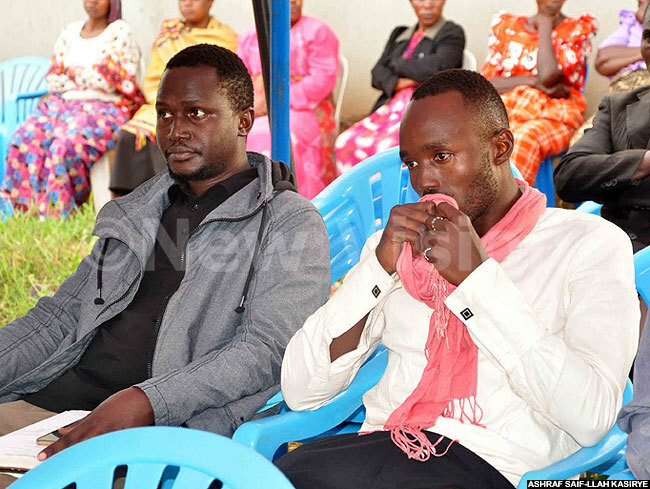 "A month-and-a-half ago, Camilla came to bid me farewell after her long and excellent service at Vision Group's front desk. Now it is my turn to say farewell to her! She did well in this life and many of us will remember her fondly. May her soul rest in eternal peace," was the condolence message to the family from Vision Group's chief executive Robert Kabushenga.

Camilla joined New Vision in February 1995 and served the company until last month.

During a staff meeting where she bade farewell to colleagues at Vision Group, she was upbeat and looked forward to enjoying her retirement.

"I am going to retire comfortably. I educated my children and managed to give them properties," Camilla said.

She is survived by three sons -- Tabu, Adii and Robert Amayo -- and four grandchildren.