There is a richness that comes from students working side-by-side with others of different nationalities. Students who attend schools with a diverse population learn to appreciate

There is a richness that comes from students working side-by-side with others of different nationalities. Students who attend schools with a diverse population learn to appreciate

According to ISC, most of the students in these schools were the children of expatriate families such as diplomats, journalists, nongovernment officers, technicians and mid-level corporate parents.

Today, there are more than 8,000 international schools, serving 4.5 million students with 420,000 teachers. And, 80% of students are actually from the school's host country.

According to ISC, demand is rising. In the next 10 years, experts expect the number of international schools to double to more than 16,000 schools and 8.75 million students worldwide.

"International schools provide holistic education for children and prepare them in the best possible way to cope with the demands of the modern world. The days of crossing borders in search of better education are numbered," says Rosemary Nsimiire, a parent at Kampala International School Uganda.

"At Vienna College, for example, we offer the Cambridge curriculum, done in 162 countries and the largest examining body in the world. The syllabus and examinations are international in nature, because the exams are the same all over and as such, you cannot set an exam for Uganda capturing Uganda issues only, it captures global issues," says Kakiika.

The curriculum also encourages students to carry out individual research to come up with solutions to concepts that they have been given. And most of the examinations have coursework-based assessment, where a student will have to work independently, and avail it for examination.

Curricula offered in international schools also make it easier for students to get admission to world renowned international universities such as Havard, Cambridge and the likes, as student sit the same exams all over the world.

"If a student from Vienna College gets the necessary grades to join Havard, and has the resources to do so, there is nothing that can stop them," says Kakiika.

Steve Lang, the director of Kampala International School Uganda, says international schools have diverse communities both in the staff and students' population.

"At Kampala International School Uganda, for example, we have over 50 nationalities. As such, international schools have a much wider social community with a broader international perspective," says Lang.

"There is a richness that comes from students working side-by-side with others of different nationalities. Students who attend schools with a diverse population learn to appreciate and respect other cultures and this gives them a unique character to live harmoniously with others," says Adam Ssenabulya, a psychology lecturer at Makerere University.

Ssenabulya adds that often, this appreciation for difference fosters an emotional maturity in children. A child is likely to gain life-long friendships with children from other countries around the world. 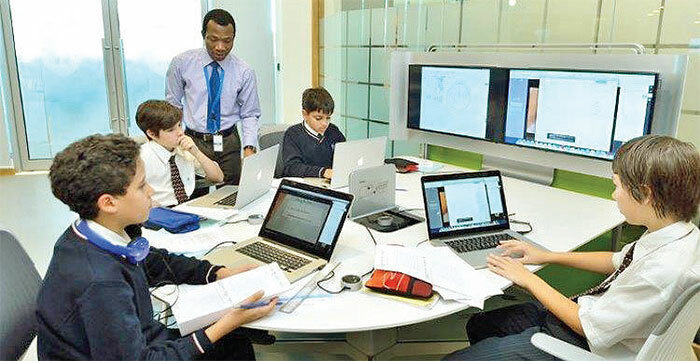 "International students also tend to work through daily challenges regarding language barriers. Students even learn to live on their own, which fosters a sense of independence. Children who learn to overcome the challenges presented in international schools usually gain confidence and maturity in the process and this prepares them to take on the world," Ssenabulya adds.

James Kiiza, a parent at Vienna College Namugongo, says he took his son to an international school to help him have desire for knowledge, as well as appreciating new challenges.

"We normally have students for internships, but I realised that students who had gone through the international curriculum were quite different. They were inquisitive, had desire for knowledge, were challenging and asked deeper questions and were open to life, and this is exactly what I wanted for my son," Kiiza explained.

Simpson Ssenyange, a parent at Delhi Public School, says most students who attend international schools learn more than one language and many employers see multilingualism as a desired trait.

"Individuals who are bilingual usually carry out international business tasks with ease. Children who study at international schools can feel confident when looking for career opportunities because of their exposure to various world cultures and languages," says Ssenyange.

Kayihura back in court for bail hearing