Sixteen teams, eight from Uganda and eight Chinese on Saturday August 11, 2018 kicked off a round robin badminton competition

Sixteen teams, eight from Uganda and eight Chinese on Saturday August 11, 2018 kicked off a round robin badminton competition

Ahead of the Forum on Africa China cooperation (FOCAC) Summit to take place in Beijing China next month, the China Alumini Association in Uganda organised an inaugural badminton competition to further strengthen ties between China and Uganda.

Sixteen teams, eight from Uganda and eight Chinese on Saturday August 11, 2018 kicked off a round robin badminton competition at the Lugogo Sporting Arena in Kampala.

The president China Alumni Association in Uganda Bob Felix Ocitti says the tournament which they hope to turn into an annual event is aimed at strengthening relations between Uganda and Chinese businesses and people.

"Badminton is one of the most loved sport by the Chinese hence our decision to hold this tournament so that we can enable interaction and networking between the Chinese and Ugandans to form an even stronger bond," he says 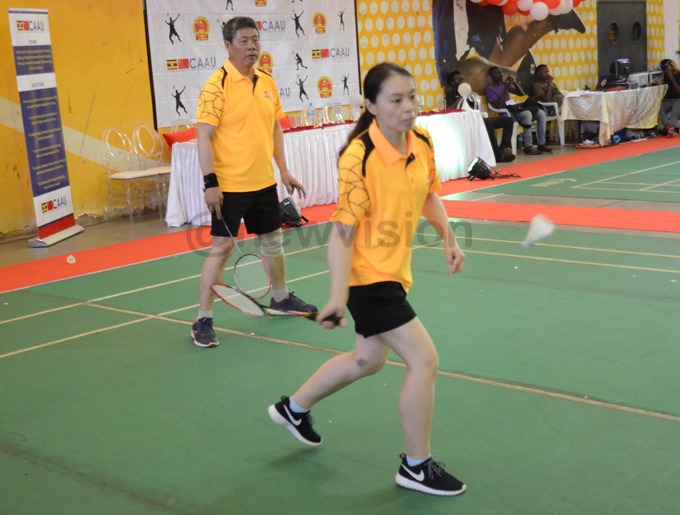 Group B is comprised of Bank of Uganda, Blue Wave, Entebbe Institute and Geological and SinoHydro.

Group D is comprised of Bank of Africa, The Chinese Medical team and CNOOC Uganda, Confucius Institute and Stanbic Bank and to complete the competing teams.

The teams are competing in the men and women singles event, men doubles and mixed doubles event.

The competitions will come to an end on Saturday August 18 will all teams finishing their group stage competitions and the highest scoring teams qualify for the knock out stage.

There will be the knockout stage and the finals on August 19, 2018 were the champion will be crowned.

The tournament according to Ocitti is aimed raising the profile of the FOCAC summit which is intends to boost China-Africa relations and in this particular case, China-Uganda relations.

The FOCAC summit arises from a cooperation of 52 African countries, the AU Commission and the Peoples Republic of China.

This is in areas of trade, technology, media, diplomacy, agriculture, culture and people-to-people exchanges.

The last summit was held in Johannesburg, South Africa in 2015 and was co-chaired by the Chinese President Xi Jinping and former president of South Africa Jacob Zuma.

In the summit, China pledged financial support to Africa's development, worth $60 billion which was divided into $5 billion of free aid and interest-free loans.

Preferential loans and export credit was allocated $35 billion and $5 billion dollars was for additional capital for the China-Africa Development Fund and the Special Loan for the Development of African SMEs.

Also $10 billion of funding was set aside for China-Africa production capacity cooperation.

The FOCAC summit will again happen next month in Beijing as China and Africa continues to look at strengthening ties.

He rubbed shoulders with Prince Charles