The outgoing Leader of Opposition in Parliament, Winnie Kiiza, has today handed over her office to her successor Betty Aol.

Kiiza thanked FDC for giving women the chance to lead the office saying that as the first woman Leader of Opposition, she was happy to be handing over to a fellow woman.

She refuted allegations that her and other FDC MPs had been relieved of their duties because they were not remitting money to the party. 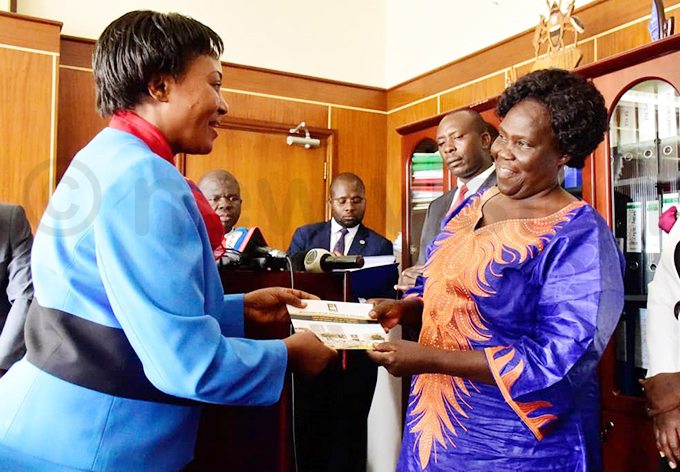 "I have been religiously contributing to the party since I came to Parliament," Kiiza said.

"Many people have misunderstood the reasons for the change of leadership in Parliament to the extent that others have gone an extra mile to say it was because FDC members have not been contributing to the party. Sometimes small issues tend to make people lose morale," she added.

In her remarks, Aol thanked FDC president Patrick Amuriat for entrusting her with the position and pledged to units the party.

She said she will retain the current opposition cabinet while making a few changes in staff.