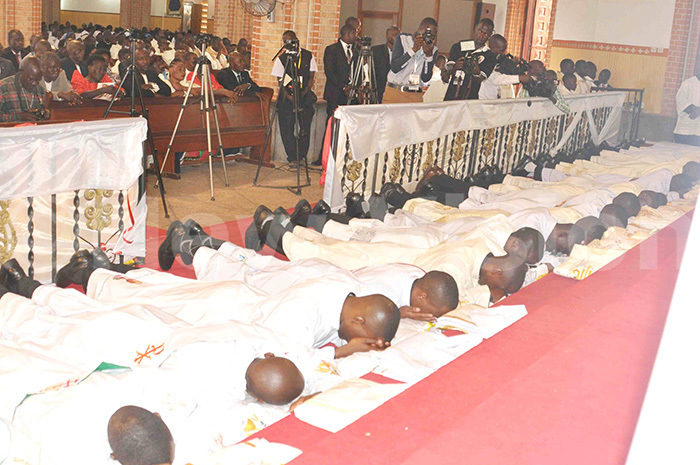 Priests and deacons were ordained after eight and seven years of study respectively.

Before the mass, the visibly excited deacons and seminarians were seen in lines being ushered into the church in company of their parents who later handed them over to Archbishop Lwanga for ordination.

The Church would be filled with ululations from the parents, guardians and friends whenever names of the new priests and deacons were called out for ordination.

In his homily, Dr. Lwanga acknowledged each one's contribution right from the parents, catechists to the formation directors for the great work done in nurturing the newly ordained to help in evangelisation, administration of sacraments and defending the Roman Catholic Church.

Archbishop Lwanga urged the new priests to be true witnesses of Christ in priestly vows and in all duties of priesthood so that people can see Christ in them.

Dr. Lwanga urged the entire congregation to exercise restraint on earthly desires and strive to be true in their life. Greed, murder, hatred and envy are evil that abuse the spirit of unity and yet a Christian and the Catholic Church builds on the principal of love and unity. 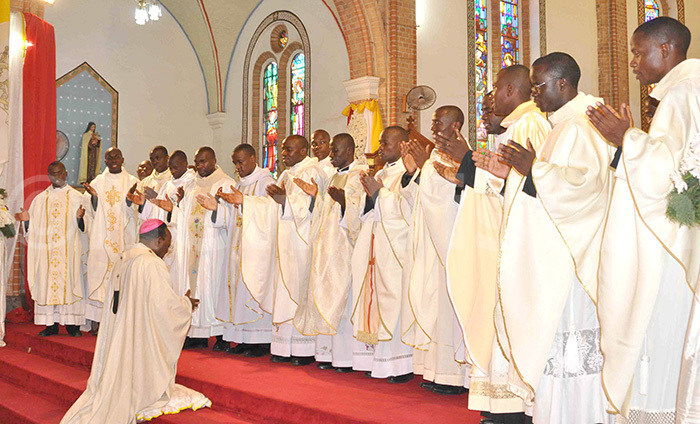 Archbishop Lwanga urged the ordained priests and deacons to live a holy life just like Jesus Christ did.

At the same occasion the prelate clarified on the way they chose candidates to be ordained. He said a certain parent had asked for the procedure followed during the selection. "It is not a procedure as some people may say, but each seminarian has records in each seminary he studies from. The church looks at those records to select candidates."

He asked them to be good to people God has sent them to serve and also to be responsible priests and deacons and to always remember that the service they have entered is to carry the cross.

Lwanga, however, acknowledged that some Catholics were reluctant to receive the sacrament of Penance, in fear of declaring their sins to the priests who know them.

"If you feel that the priest knows a lot about you, look for another one who doesn't know you, instead of keeping sins." 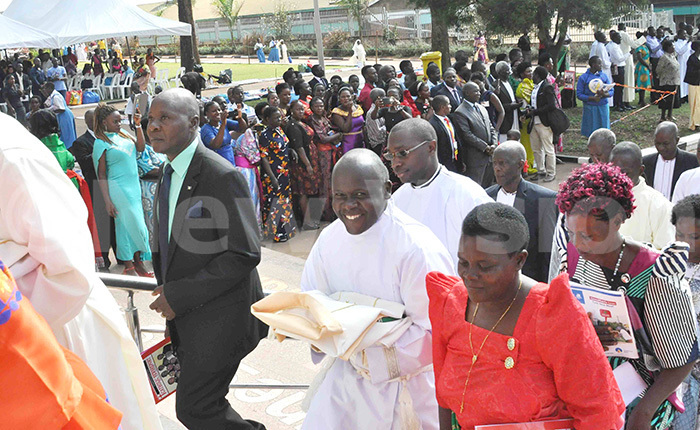 PIC: Ronald Kyambadde (deacon) and others to be ordained, lead their parents and other Christians into the Church

Lwanga later asked the congregation to live out the Catholic values, to love the faith and also defend it. 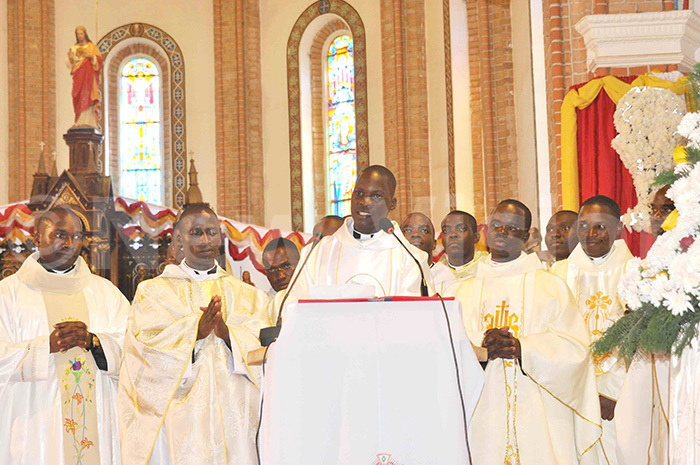 PIC: Fr. Thaddaeus Kyekulidde Mubiru address the congregation on behalf of his ordained priests at Rubaga Cathedral on Saturday

Fr Thaddaeus Kyekulidde on behalf of the newly ordained priests and deacons thanked the Archbishop for ordaining them and promised to be humble and respectful in their service.