MENU
Will investors be tempted back to 'new' Zimbabwe?
Previous Story

Every preterm baby has to be initiated on kangaroo mother care

Midwives at Iganga Hospital preparing to put a baby in an incubator. Photo by Gloria Nakajubi

Every preterm baby has to be initiated on kangaroo mother care

A 0.6kg newborn lies peacefully in an incubator at Jinja Regional Referral Hospital. After a routine check from the midwife on duty, all seems well.

"It is in good state. I am certain we are going to save this one too," says the midwife, with fulfilment written on her face.

Preterm birth complications according to statistics is one of the leading causes of neonatal deaths, not just in Uganda but globally. Out of an estimated 1,665,000 annual births, 226,000 are preterm with 12,500 of them directly contributing to child mortality in the country.

With simple interventions like the kangaroo mother care, close monitoring and ensuring that the preterms have a special space, are improving newborn outcomes at the different health facilities under the Preterm Birth Initiative. 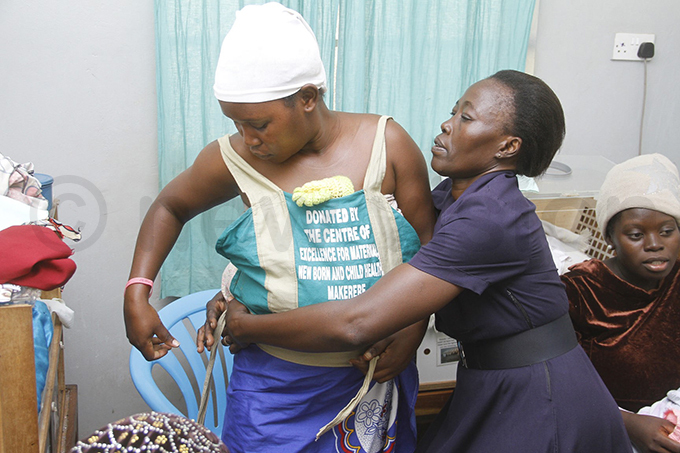 Since the start of the study, according to Lydia Namono, one of the midwives at Iganga district hospital, preterm survival rates have improved at her facility.

Every preterm baby she says has to be initiated on kangaroo mother care, those less than 1.5kgs are supposed to get aminophylline (helps in management of breathing difficulties) and ensuring that they are closely monitored.

St Francis Mission hospital in Buluba has one modern incubator. Kangaroo mother care has come in handy at the facility as expressed by the midwives. According to the midwives since the community now know the facility can handle premature, they receive at least 10 preterms a month with some being referrals from other health facilities.

"Previously, you would put a baby in the incubator and leave without turning it on. We used to think, it was enough to just put the baby in there," one of the midwives expressed. 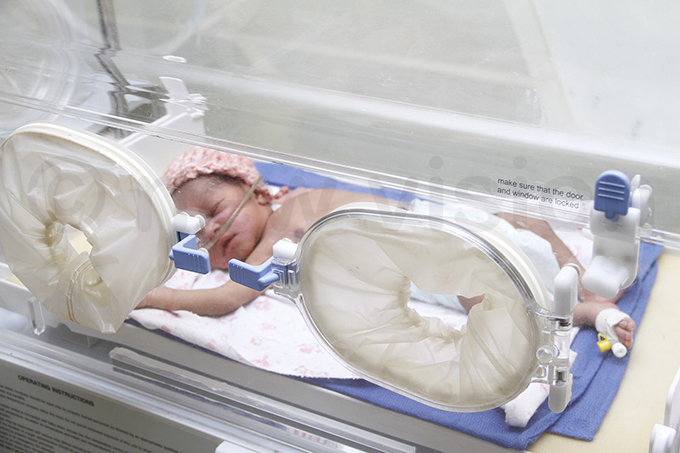 A preterm in an incubator. Photo by Gloria Nakajubi

Instead of having the preterms in the general post-natal wards with their mothers, the different health facilities have since established special care units. This as explained by the midwives, has helped reduce infection rates among the pre-terms.

"These are high risk babies, so having them in the general wards would expose them to infections hence high morbidity and mortality," said Miria Kakaire, a midwife at St Francis hospital in Buluba.

As part of the interventions at St Francis hospital, all pregnancies below 32 weeks and newborns less than 1kg are referred to Jinja regional referral hospital for proper care.

For most of these health facilities, the medical officers attached to the maternity wards are usually few compared to the hundreds of women that are delivered there. Skilling midwives as the administrators explain has gone a long way to ensure that mothers and their babies are appropriately catered for.

Key among the intervention under the two-year study has been data strengthening which as explained by Assoc. Prof. Peter Waiswa, who is the principle investigator, has been ‘so bad'. 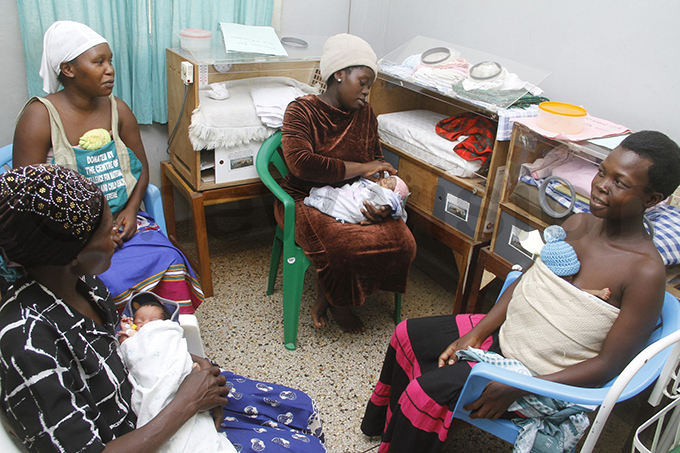 Mothers during a kangaroo care session in the special care unit at Jinja Regional Referral Hospital. Photo by Gloria Nakajubi

Prof Waiswa argues that with such data that lacks precision, the country may actually not be in position to tell the magnitude of maternal and newborn deaths happening at health facilities. But also, without data, it becomes challenging to ‘focus the resources to critical intervention points'.

However, as the midwives express, they can only do as much. "Sometimes you are only two midwives on the ward and may not be able to check on the babies in the special care unit as frequently as you would have wished," said an in-charge at one of the facilities.

Prof. Waiswa also stresses that much as preterms are being saved in health facilities, there is need for a deliberate full scale system of care.

"We may be proud to save these babies at the health facilities but leave them to die in the communities. Preterm care is a lifelong undertaking," he says adding that vulnerability of preterms doesn't stop at discharge.

This study according to the implementers, has the potential to provide feasible, effective intervention strategies that can be locally-adapted to save the lives of preterm babies, as well as reduce complications associated with prematurity.

As part of the ethical consideration of research, the study interventions are currently being implemented in the two originally control health facilities.