Around Uganda; Beware of false prophets an...
Next Story

Dr. Obuku said Uganda is at risk of losing the gains made in reducing maternal mortality.

Dr. Obuku said Uganda is at risk of losing the gains made in reducing maternal mortality.

Kawempe Hospital is one of the most hit by shortages

When Rebecca Nakigudde 23, had labour pains, she was rushed to Kawempe hospital by her relatives. Little did she know that she would be asked to buy medical supplies such as surgical gloves, cotton and drugs.

She had no other option, but to buy the required list of items as requested by health workers because they wanted to save both her and her baby's life.

She said as soon as a mother steps in the labour ward, she is asked to buy medical supplies. Nakigudde's list of requirements was short because she had a normal delivery unlike other mothers who undergo cesarean section.

Nakigudde who delivered a premature baby at seven months said her baby is currently admitted at the Special Care Unit.

Nakigudde is not alone. Mariam's sister who delivered a premature baby by a caesarean section also faced the same conditions.

She said they were asked by the medics at this facility to buy syringes, drugs and other medical supplies before the operation could take place.

"When we came here, we were given a list of medical items to buy and we spent about sh100, 000 before our patient was operated. A doctor cannot operate on a mother unless she has all the required drugs and supplies," she said. 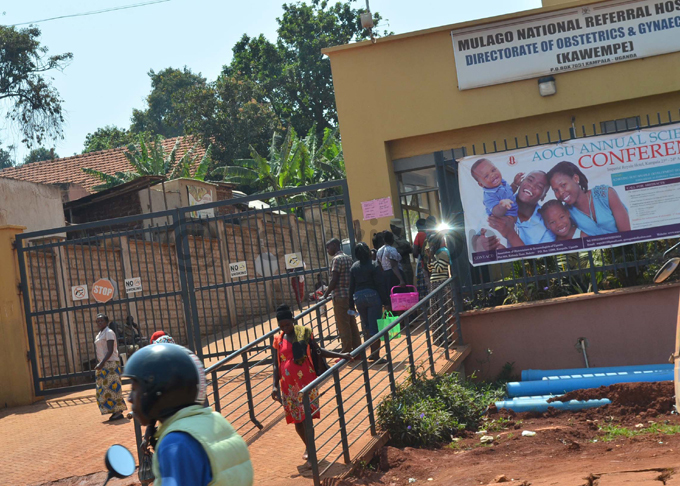 An expectant mother walking out of Kawempe Hospital

Mariam said, "our sister and the new born baby have spent two weeks at this facility, every after a day, we are supposed to buy a syringe, this is unfair to some of us who are low income earners."

Another caretaker only identified as Hasifa said her sister who was referred to Kawempe from Kisenyi health centre on Sunday, paid sh80,000 for the medical supplies and drugs.

She said before an operation took place, doctors listed the items needed and requested her to buy as soon as possible.

"I was worried because we didn't have a single coin at that  moment, I called several friends and they helped us fundraise the money. Unfortunately my sister had a still birth after spending all that money," Hasifa said. Her sister is still undergoing treatment at Kawempe hospital.

Speaking in a telephone interview, the hospital's spokesperson, Enock Kusasira attributed the problem to poor coordination among the staff of Mulago and Kawempe Hospital.

"We have drugs and sundries, but our staff in Kawempe have not yet picked the supplies from the main store at Mulago. I attribute this problem to lack of coordination,'' Kusasira said.

According to a source at the Mbarara Regional Referral Hospital who preferred anonymity, the mothers in labour are also buying equipment and drugs from private pharmacies.

"In fact, the mothers are told to buy Oxytocin, a drug used to stop bleeding in mothers after giving birth in addition to other supplies," a source said.

Vaccines for polio were also out of stock and hospital authorities have requested mothers who can afford, to look for alternative means to save their babies, while those who can't afford have been  told to wait until when the hospital gets the vaccines.

According to a source at Midigo Health Centre IV in Yumbe district, the working conditions are getting worse since the hospital lacks medical supplies.

A source said there is a very big gap in medical supplies and have no option, but to ask mothers to buy their own supplies.

On a weekly basis, over 50 mothers give birth and most of them are refugees. The health facility remains a major referral for patients following the closure of Yumbe District Hospital which is currently undergoing re-construction and rehabilitation.

Dr. Ekwaro Obuku the president of Uganda Medical Association said Uganda is at risk of losing the gains made in reducing maternal mortality from 500 to 336 per 100,000 live births.

He asked parliament to set a side a supplementary budget to buy these emergency medicines for mothers and babies.

My wife has low sexual desire