MENU
'Come and get me,' boy pleaded before California fire death
Previous Story

Traffic at Karuma Bridge blocked for hours
Next Story

Upon arrival in Kenya, they are kept in a safe house before their final journey to one of the UAE countries

Upon arrival in Kenya, they are kept in a safe house before their final journey to one of the UAE countries

Jaliat (not real name) was 23 and looking forward to formalising her marriage to her husband Bruhan, a local barber in Kasangati, Wakiso district.

A few weeks to the big day, Jaliat's mother curtailed the plans. She told Jaliat she was in touch with a recruitment agent waiting to get her a lucrative $600 (sh2.2m) per month job and benefits in Oman.

A passport, a maiden flight, a promise of a better life abroad...she could not thank her mother enough. She abandoned her husband and her three-year-old son and left for Oman. She was there for 10 months.

Now numb in both hands and fingers, she cries when narrating her harrowing tale. "I almost died at the hands of my employers. It was modern day slavery and not decent employment," she whispers.

Her employers only got rid of her when it became apparent she would die under their watch. Although she expected riches, she returned with peanuts, all of which have been sunk into treating her.

Luckily for Jaliat, her husband accepted her back upon her return, but only as a second wife. Her mother though is indifferent to her plight.

"All she does is cry all day and night," her husband says casually. She hit a brick wall and is on the verge of mental illness. She has been put on suicide watch.

Jaliat's story is typical of a growing number of young and vulnerable Ugandan women who are being duped into travelling abroad - particularly the Middle East - and then forced into dehumanising conditions and prostitution.

In a country with massive unemployment and few opportunities, it is almost impossible to say how many Ugandan girls have been trafficked abroad. Police however says that up to 50 girls are trafficked daily undetected. For those that are detected, the Police receives over 70 cases monthly.

In 2013, UN member states adopted a resolution which designated July 30 as the World Day against Trafficking in Persons. They declared that such a day was necessary to "raise awareness of the situation of victims of human trafficking and for the promotion and protection of their rights."

Moses Binoga leads a government task force in Uganda to combat modern-slavery. A Policeman by trade, he has been active in anti-trafficking for years.

Currently, he serves as the coordinator of the Ugandan National Counter Human Trafficking Taskforce that has been pivotal in trying to clamp on the perpetrators. As a result, these agents have changed course from Entebbe International Airport and now operate through neighbouring Kenya.

Until yesterday, July 29, Binoga says that over 300 cases have been registered in 2018. At Entebbe International Airport, over 200 victims have been rescued as a result of the external employment help desk. "The desk screens suspicious travellers at the departure lounge," he said.

Alex Ssembatya a volunteer with local NGO, Make a Child Smile, says the victims are moved through the border then to homes/hotels in Kenya, and then to Jomo Kenyatta International Airport (JKIA) to board flights destined for the United Arab Emirates (UAE) for labour. 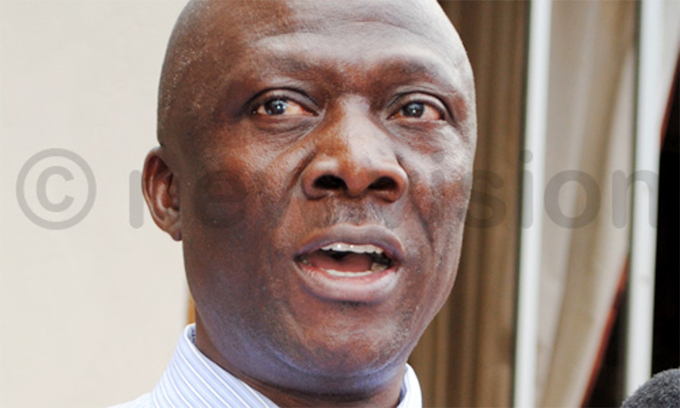 Moses Binoga is the coordinator of the Ugandan National Counter Human Trafficking Taskforce.

How the girls are checked in at the airport to beat security screens is still a subject of investigations.

On July 23, a court in Nairobi declined to sentence 20 Ugandan girls who were arrested in a probe on suspected cases of human trafficking.

The girls, who were arrested at JKIA aboard a flight to Oman on Monday, pleaded guilty to the charge of using passports with forged Kenyan security stamps.

They were nabbed after the Immigration Department's Forgery Detection Unit established that security endorsements on their passports were forged.

Prosecution told the court that the passports indicated that the girls entered the country through Busia, Malaba and Lwakhakha border posts.

But after verification, FDU established that the stamps were fake and did not originate from the respective offices and that there are no records to show the women gained entry through the border posts.

According to Ssembatya, on Thursday last week, his organisation working with the Police's Criminal Investigations Directorate (CID), rescued 7 of the 30 girls that been holed up in a house in Nderere in Kenya awaiting travel to Oman. The 23 fled after they were alerted tipped off about the impending operation. Traffickers are known to have insiders in security organisations who tip them off about such operations.

40 other girls who were potential victims of trafficking were rescued from Nairobi on Friday, last week, according to Ssembatya.

"On average 50 girls are trafficked from Uganda - undetected through the porous border shared by Uganda and Kenya, particularly Busia - Malaba and the Lwakhakha borders. We wrote to the IGP Okoth Ochola notifying him about the vice and last week they agreed to arrest every girl passing through Lwakhakha border point," Ssembatya said.

Upon arrival in Kenya, they are kept in a safe house before their final journey to the gulf countries.

Ssembatya explains that 30 girls are presently languishing in Langata Womens Prison in Kenya on charges of illegal entry. "Truthfully, the girls were victims of human trafficking. The traffickers had all their paperwork by the time security arrested them," he said.

Preliminary Police findings indicate that the victims of trafficking are held in some makeshifts structures in Kenyan slums.

In a recent interview, Kennedy Otwere, a chief of Mathare, Kenya's second largest slum, said poverty and unemployment are the major contributing factors to human trafficking in the area.

"We found ourselves here in Mathare. We are stuck here," said Otwere, adding that, there were several tribes of the East African countries living in slum. They have no jobs and are easy prey to human traffickers. 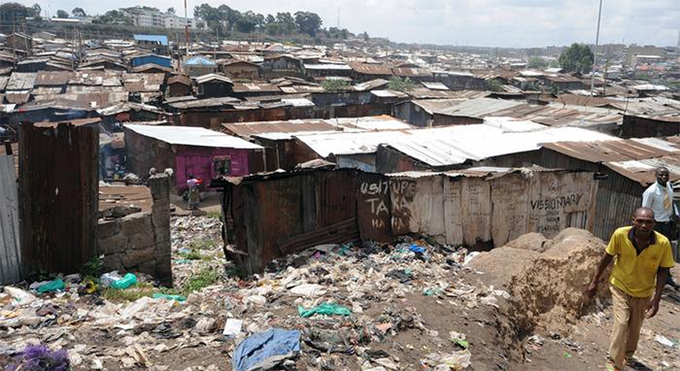 Uganda remains a source, conduit and destination country for men, women, and children subjected to forced labour and sex trafficking according to experts.

Human trafficking occurs within virtually every country in the world and often across borders. Women and girls account for about 70 percent of the victims; two out of three trafficking victims are girls.

Trafficking in persons is a gross human rights violation and is often linked to other issues, including security, violence against women and children, migration, refugee protection, business responsibility and supply chain accountability, and economic development. Consequently, in September 2015, the international community adopted the 2030 Sustainable Development Agenda and defined goals and targets to combat human trafficking, making a clear link between the fight against trafficking and sustainable development

In a chilling revelation, Ssembatya said that there are over 50 mentally ill victims languishing in Oman jails. "Recently we rescued five victims of trafficking and we took them to Butabika for health treatment," he reveals.

Binoga admits that three to four victims are taken to the government facility for mental healthcare and the Police has asked psychiatrists to probe the matter further. Quoting their findings, he says they suffer depression.

He however cautions that not all victims in jails in the Middle East are victims of trafficking. "Some go to practice prostitution and when things turn bad, they raise the red flags," he said.

Binoga explains that at a domestic level, children are trafficked from rural areas to urban centres for domestic work and sex exploitation.

"Children work in restaurants (food joints) during day and as prostitutes at night. Others are disguised as orphans for labour that includes street begging," he says.

Without giving further details, he says that some children are trafficked for extremism purposes, a case in point when over 100 children were discovered at USAFI makeshift mosque in Kisenyi, downtown Kampala.

Binoga notably reveals that some of those who sneak out of the country end up dead and their body parts extracted and sold.

So far, government has signed agreements with Saudi Arabia and Jordan, while negotiations with Qatar are ongoing. To fight human trafficking, government has been working with International Organisation for Migration (IOM) and other NGO's.

The 2017 annual Police crime report on trafficking in persons indicates that 177 cases were registered in 2017 as compared to a total number of 125 cases registered in 2016, indicating a 41.6% increase.

The writer took part in the Leadership and Innovation Lab - ‘Unveil the Hidden Presence: Trafficking in Women and Children' co-convened by the Thompson Reuters Foundation,  GIZ Sector Programme on Gender Equality and Women's Right and the Global Leadership Academy. The lab brings journalists, activists and policy planners together to tackle human trafficking issues worldwide.

Lugwere bible to be launched this July

Pulpits should not be political platforms

Businesswoman stabbed to death in Wakiso

Businesswoman stabbed to death in Wakiso