Omino said that he left their home after his parents killed themselves following a domestic misunderstanding last year.

Omino said that he left their home after his parents killed themselves following a domestic misunderstanding last year.

NAMAYINGO - Constance Omino is a former pupil of Kathini primary school in Bombania county in Tanzania.

The 13 year-old boy is stranded at Namayingo police station.

Omino said that he left their home in Islam village in Bombania county after his parents killed themselves following a domestic misunderstanding last year.

Omino narrates that one evening his father,Christopher Kakina came back from work and started quarrelling with Omino's mother, Ethina Kariri something that escalated into a fight.

"They fought for several hours and later my father went into the kitchen, picked a knife and stabbed my mother to death," Omino said.

"Later on my father killed himself after killing our mother." 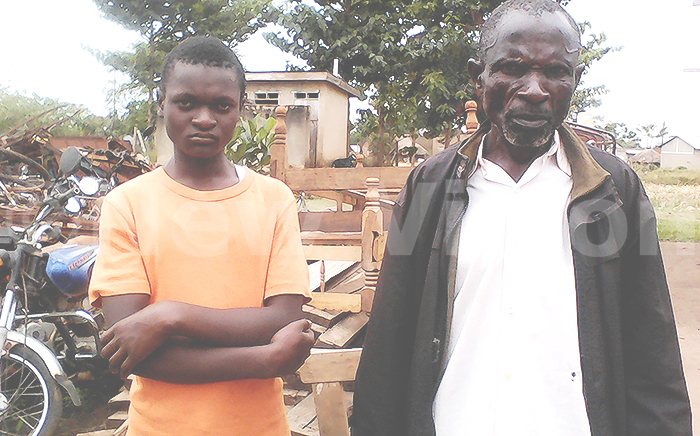 Omino said that on realising that his parents had died, they ran away from home each child taking a different direction.

"I don't know where my brother and sister are because we took different directions following the gruesome incident," Omino said.

Omino said that he passed through Kisumu in Kenya to reach Uganda.

Milly Labol, the officer in charge of child and family protection unit in Namayingo district said that Omino was picked three weeks back by a resident identified as Paskali Odwori in Namayingo central.

"The boy was weak and had swollen legs," Labol said. He added that he was taken to Buyinja health facility for treatment.

Labol said that the boy is now in a stable condition following the treatment that was given to him.

However, Omino doesn't want to go back to Tanzania. He said "I still have fresh memories of my parent's death. I can't live in a house where my mother was stabbed to death."

He said staying in the house where the two bodies of his parents laid dead will bring more traumatising moments in his life.

Omino wants to remain in Uganda and get education.

Mothers want iron and folic acid in all processed food

11 years in diapers, Atuhwere is desperate for surgery