During the process of off loading three of the boxes were discovered with broken seal, prompting the candidates to storm police demanding answers.

During the process of off loading three of the boxes were discovered with broken seal, prompting the candidates to storm police demanding answers.

Tension heightened this afternoon at Nebbi police station after three of the boxes containing electoral materials for Nebbi Municipality  elections were discovered with broken seal during off loading.

The polling materials arrived last night loaded in police truck and was packed at the police station for safe custody.

But, during the process of  off loading three of the boxes were discovered with broken seal, prompting the candidates to storm police demanding answers.

The boxes were for  Nduru polling station in Abindu division, Afere and Thatha polling stations, all in the Thatha Division, one of the strong hold of NRM candidates. 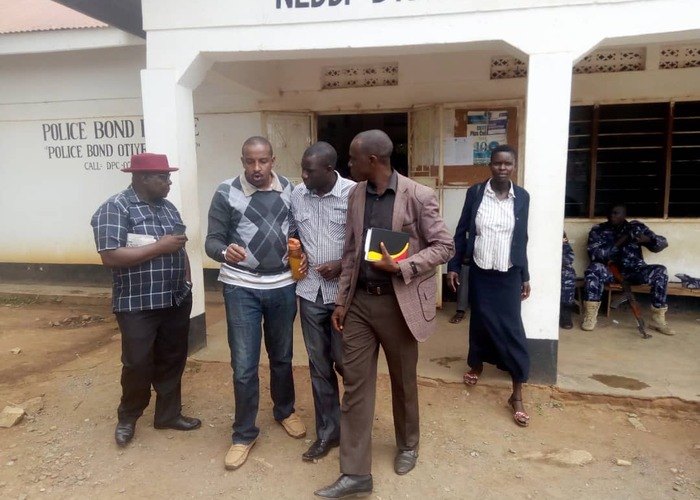 The development worsened already a fluid situation in the highly contested municipality election.

Some candidates were  already alleging  that some pre ticked  ballot papers  have been smuggled and kept in various homes of some the NRM die hard in  the municipality.

All the candidates demanded for ballot boxes with broken sealing to be opened to ascertain whether the ballots papers were not tempered with.

" I know NRM are thieve. I have been one, the Returning officer is innocent this material were packed outside his jurisdiction "said Patrick Okumu Ringa, one of the parliamentary Candidate.

Betty Udongo ,an Independent Parliamentary candidate demanded the boxes to be opened, saying that she was not sure of what could have been in the boxes.

" I am not sure whether there is something in these boxes, so I can also be convinced when it is opened to see" She said.

Efforts by the police and the electoral commission to calm down the candidates and there agents proved futile.

According to Raymond Kisarale, the Nebbi district returning officer the boxes were damaged in transit and there was no need to worry about.

But, his pleas proved futile and he had to allow them check the boxes though not opening to ensure that it had some materials.

Located on a very busy route to Arua in Central division  in   Nebbi municipality , Nebbi  Town is so quiet, save for the hum of heavy vehicles in the centre of the town. 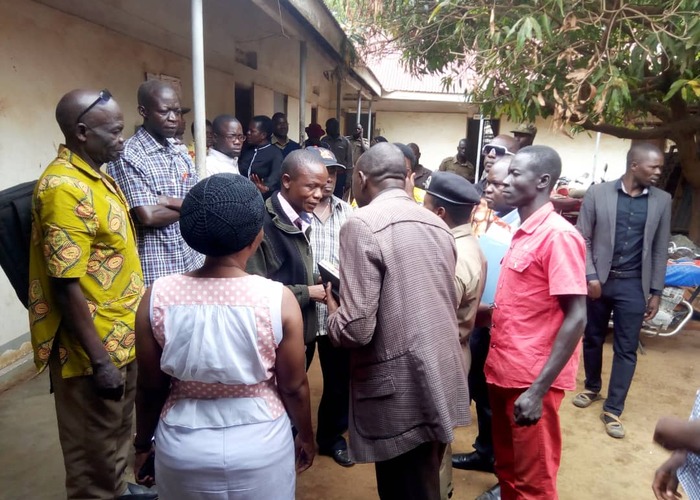 However, in the past two months, this quietness is no more. There has been almost daily dancing and singing as contestants for the municipality  parliamentary seat and other positions move round the town canvassing for votes

The elections to be held  on Friday, 27 is aimed at filling the different political positions that have remained vacant in the  Municipality  since  it was created in  July, 2016

It has three divisions of Abindu, Thatha and Central division with a population of 35,029 and 35 polling stations with about 18, 5000 voters.

In the just concluded divisional chairperson and women and directly elected councillor NRM won the seat of the LC chairperson while FDC leaning Independent won for the central division chairperson and Abindu is still waiting for the out come o the Mayoral race.

Last month  six candidates including  Patrick Aloysius Okumu-Ringa who lost in the NRM primary elections were nominated to contest in the Nebbi Municipality parliamentary elections.

Berocan Okurulal  an Independent candidate also new entrant in the political field was the first to be nominated followed by Ringa who lost to Suleiman Hashim of NRM.

If she insisted, would you wed her at whatever cost?

We had nowhere to sleep after wedding

In my co-wife, I found a true sister