There was heavy security deployment at Mbale High Court and in Mbale town for the delivery of the Constitutional Court's ruling on the constitutional amendment that changed the presidential age limit.

Military Police, UPDF, anti-riot and antiterrorism Police were been deployed in Mbale town and around the court premises. Foot and motorised security personnel patrolled the town and neighbouring districts. 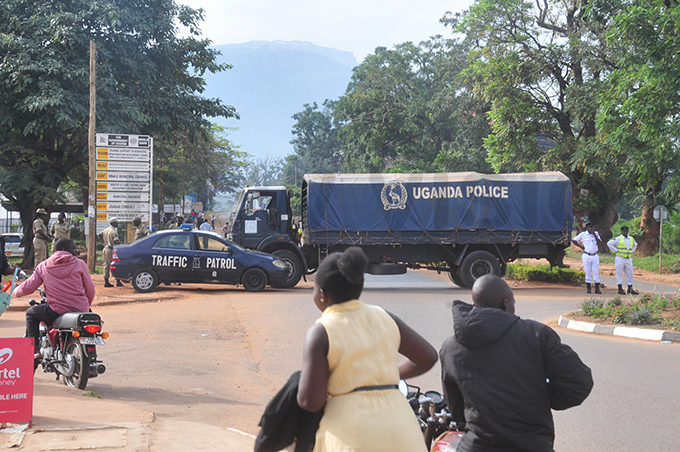 Several dignitaries including politicians, MPs, ministers, local district leaders, diplomats and residents arrived at the court to for the ruling.

Several roads leading to the High Court were blocked and traffic diverted to other roads within Mbale town.

The roads closed include; Masaba Road and Busamaga Road, and residents and motorists were required to use alternative roads to access Mbale town via Church Road, Independence Road and Nkokonjeru Road.

Sniffer dogs were on hand to check bags and journalists' equipment in thorough checkups before accessing the court premises. 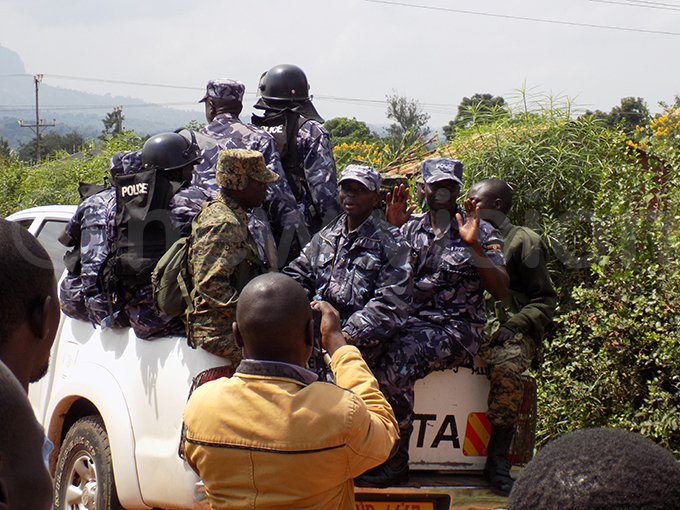 The heavy deployment that was first witnessed on Monday has however left some residents weary of a possible outbreak of violence.

"We started seeing these heavy machine guns arriving in Mbale late in the night and since then I suspected danger," George Walamaku a resident of Mbale town said.

"I have some of my friends who have refused to open their businesses and decided to stay home for fear of what might happen in case the ruling does not go the way people expected," he added.

Susan Namboozo resident from Busamaga said traffic has been paralysed, forcing residents to resort to using motorcycles to get around.

"Bodabodas have taken advantage of the situation to increase the fares from sh1000 to sh1500," Nambozo said.

Elgon region Police spokesperson Mansur Sowedi appealed to the public to remain peaceful during and after the ruling and asked them use the right procedures in case they are not satisfied with the ruling. Police sniffer dogs were on hand to help secure the court premises. Photo by Paul Watala

He appealed to business community remain calm saying security is tight and ready to protect them and their property, adding that they have enough manpower deal with whoever will attempt to destabilise peace in Mbale town.

However there was a short-lived fracas at the entrance of courtroom one when security attempted to block MPs Jack Wamayi, Nathan Nandala and Herbert Kinobere from accessing the court.

The trio engaged in a verbal exchange with security for about five minutes, to which other MPs that had already accessed chambers intervened.

"Security should learn to respect diplomats. You cannot refuse area Members of Parliament to access the courtroom that is located in his constituency," Kampala Mayor Elias Lukwago said.