Kizza Besigye dances at the final rally of Eunice Namatende of FDC at Hindocha Primary School in Bugiri. Photo by Donald Kiirya

Speaking at FDC's Eunice Namatende's last rally at Hindocha Primary School on Wednesday, Besigye told the crowd that by forming the groups, they will be able to defeat the ruling National Resistance Movement (NRM) party in Bugiri Municipality come election day on Friday.

"After forming power ten groups, send me names of their chairpersons so that I connect them to FDC bigwigs who will work with them to avert election malpractices," Besigye said.

"We are in a country with many resources but people at the grass root cannot even enjoy them. They are enjoyed by corrupt officials in government that need to be fought," he added.

Besigye urged the people of Bugiri to send Namatende to Parliament to join other opposition MPs and fight corrupt officials and bad taxes imposed on people.

Prior to his address, Besigye and Namatende engaged supporters in a procession in the municipality under the watchful eye of anti-riot Police. 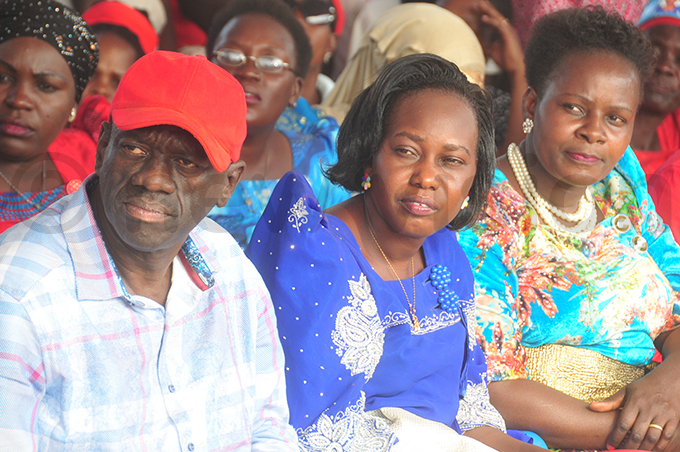 Besigye (left) with Namatende (centre) during the rally. Photo by Donald Kiirya

While addressing her supporters, Namatende knelt down and asked people to vote for her.

"Bugiri Hospital's toilets are full and there are not enough drugs. Once you entrust me with your votes and elect me as your Member of Parliament, I will advocate for more drugs in our hospital and I will also make sure I construct a new toilet for the hospital," Namatende said.

She added that once elected, she will make sure that she buys mama kits and distributes them to pregnant mothers who visit the hospital for antenatal care.

Basalirwa and Bobi Wine also held procession with their supporters on various streets in the municipality. They were joined by former presidential candidate Abed Bwanika and several MPs. 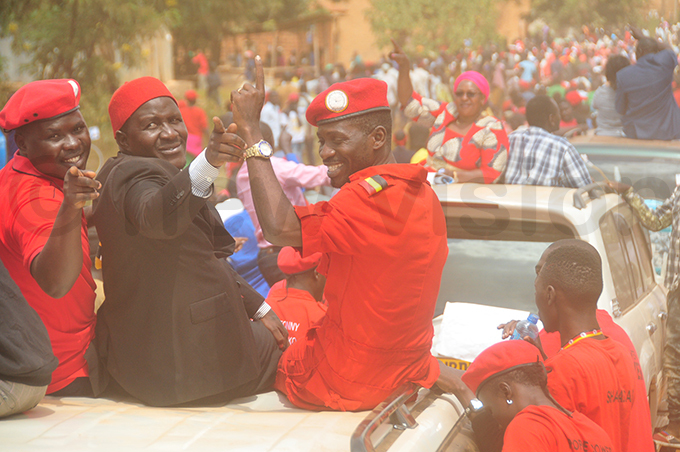 Basalirwa said he had the best manifesto which will uplift Bugiri Municipality once elected MP.

While addressing Basalirwa's supporters Kyagulanyi said: "This is not about Basalirwa; this is not about FDC or you the people of Bugiri. This is about us. It is about all of us in this country because the country belongs to us all. Basalirwa presents a voice that we think will add to what we have. One more voice is bigger than the voices of NRM you hear in Parliament. This is for the youth. Our generation must rise and bring change in this country."

Ugandans wake up to reality of disabled simcards