In Uganda, Modi will undertake engagements from today to tomorrow. The visit will mark the first visit by an Indian Prime Minister to the country in over 20 years.

Finally, he will visit South Africa from tomorrow to Thursday to attend the BRICS (Brazil, Russia, India, China and South Africa) summit. 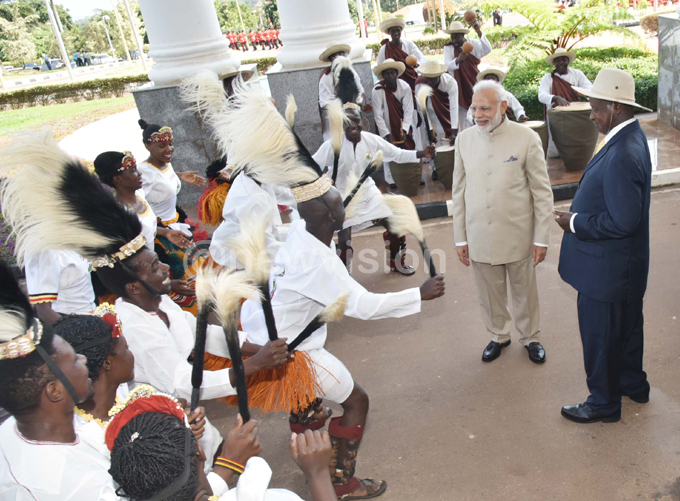 Modi will tomorrow deliver a keynote address at Parliament, a first by an Indian Prime Minister. Modi is also expected to address about 10,000 members of the Indian community at Kololo in Kampala today.

Modi will also present three cancer units, including a mobile one, to the Uganda Cancer Institute during his visit.

Two of the units are a donation of the Government of India, while the third by the Madhusudan Agrawal foundation, according to Uganda’s Honorary Consul to Mumbai, Agrawal Madhusudan. 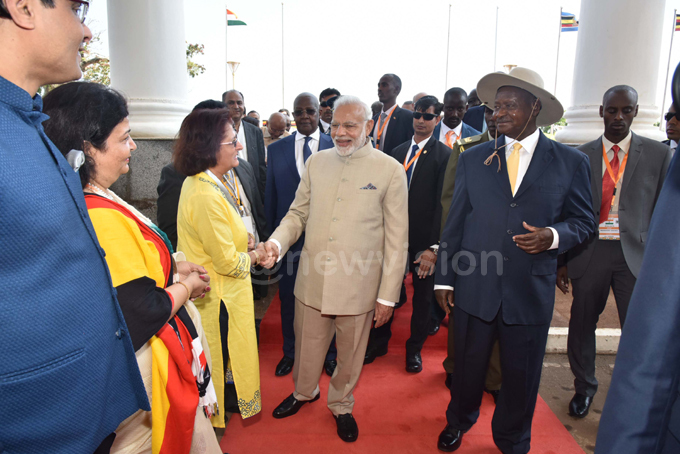 Agrawal Madhusudan announced the donation during a meeting with the Vice-President, Edward Kiwanuka Ssekandi on Monday.

Agrawal, who was in the company of Uganda’s High Commissioner to New Delhi, Grace Akello, said his foundation had responded to the Vice-President’s call for capacity building of Ugandan doctors and equipment to help manage cases of cancer and heart conditions that are now being referred to India.

He said the foundation donated a van containing a mamograph machine that will be used in screening cancer among women in rural health facilities, to bring more people on board for early detection and treatment. Ssekandi appreciated efforts by Madhusudan Agrawal and his foundation for mobilising the units, which he said would go a long way in helping Ugandans detect cancer early.

During Modi’s visit, the Uganda Cancer Institute will also sign a memorandum of understating with the Indian Tata Memorial Hospital, to collaborate in areas of research, training and exchange programmes as part of the health collaboration between the two countries, according to a statement issued from Office of the Vice-President.

'India's relationship with Uganda has grown over centuries' - Modi