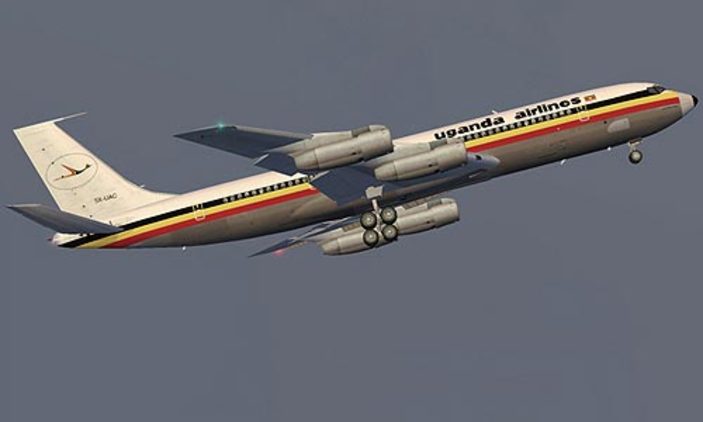 The aircraft that Airbus will deliver to Uganda Airlines will have 20 Business, 28 Premium Economy and 213 Economy seats.
TOP National STORY
3 years ago .
Uganda to pay sh2.6 trillion for six planes
How much will the purchase of the aircraft cost the Ugandan taxpayer? More than 23 million people do not have access to clean water, according to WaterAid.

KAMPALA - You have heard the news. Uganda Airlines on Wednesday tied down deals with Airbus and Bombardier for the delivery of six aircraft at the Farnborough airshow in the UK.

The four Bombardier aircraft, with a seating capacity of up to 90 passengers will be used to re-launch Uganda Airlines, which went out of business in 2001.

Then came an even bigger deal. Giant aircraft manufacturer, Airbus announced that Uganda Airlines has signed an agreement with the European maker for two A330-800neo aircraft.

So how much will the purchase of these aircraft cost the Ugandan taxpayer? The Bombardier deal is valued at approximately $190m (about sh711b).

The water and sanitation sector was given sh595b for the financial year 2018/19, less than what government is going to spend on four aircraft from Bombardier.

More than 23 million people still do not have access to clean water, according to WaterAid.

This means the two aircraft will cost the Ugandan taxpayer at least $520m (about sh1.9 trillion).

To put this in better perspective, sh1.9 trillion is more than double the 2018/2019 national budgetary allocation to agriculture.

The sector that employs most Ugandans was allocated sh862b.

So the Ugandan taxpayer will fork out sh2.6 trillion for the six planes.

Bombardiers to be delivered first

Uganda Airlines will take to the skies again in March 2019, according to the latest government projections.

The four Bombardier CRJ900 planes are regional aircraft, and will be used to fly to cities such as Nairobi, Kigali, Bujumbura and Juba among others.

Later in 2020, European plane manufacturer, Airbus will deliver the two A330-800neo aircraft that will enable Uganda Airlines to have a crack at international routes.

The A330neo is one of the ultra-modern fuel efficient aircraft that Airbus is looking to boost revenue in a riveting battle with American arch-rival Boeing.

The aircraft that Airbus will deliver to Uganda Airlines will have 20 Business, 28 Premium Economy and 213 Economy seats.

The establishment of Uganda Airlines has been welcomed by many Ugandans, but some have been very critical of the idea; arguing that it will be a vanity project.

The group that is critical of the re-introduction argues that this money can be better used in other sectors, like education and sanitation.